World of Warcraft’s Patch 8.3 Set for January 14th US Release 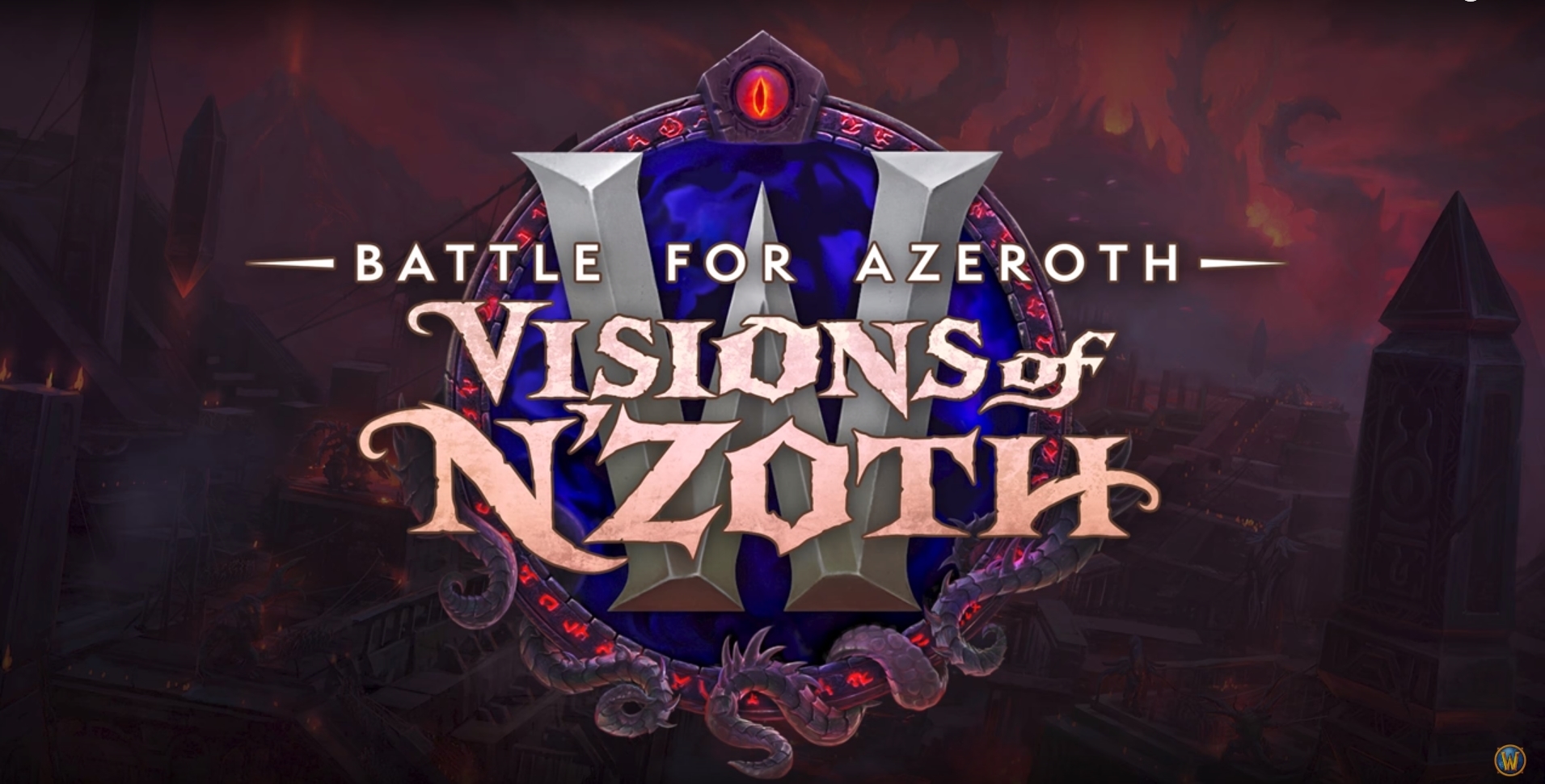 Blizzard announced the upcoming release date for World of Warcraft’s major 8.3 patch. The release will be coming two weeks into the new year on January 14th, 2020.

Patch 8.3, also titled Visions of N’Zoth, is the latest major patch (and possibly the final major patch) of the current expansion active on “Retail” World of Warcraft, Battle for Azeroth. Visions of N’Zoth seems to be wrapping up the story of the expansion to help move things along into the Shadowlands expansion that was announced at BlizzCon back in November. While it’s impossible for us to know for sure what Blizzard has planned, it’s highly likely that 8.3 will be the last major content patch of Battle for Azeroth.

With that said, there’s plenty of new content coming. Arguably the biggest addition is the upcoming raid, Nyalotha, the Waking City. This endgame raid will have twelve bosses to battle through, including familiar characters such as Wrathion and Il’gynoth, and ending with the Corruptor themself, N’Zoth.

Battle for Azeroth: Visions of N'Zoth launches on January 14!

There are also new allied races coming, which has been met with a sizable response of mixed emotions.

Naturally, new gear will be coming as well. Nyalotha has plenty of endgame mythic gear waiting to be claimed, as well as the array that has come to PvP. A new affix has been added for these mythic+ dungeons, titled “Awakened,” which will open the way towards new, more difficult bosses.

Titanforging is thankfully also being removed, taking away the inherent RNG of getting a decent piece of gear. The system is replaced by a new version called “Corrupted.” Corrupted items have both negative and positive effects, forcing players to weigh the pros and cons to see if the tradeoff is worth it. Blizzard has also confirmed that the Corrupted system isn’t in the game permanently, serving as a thematic mechanic for the 8.3 patch.

There’s plenty more coming, from cosmetic mounts and armors to a new legendary cloak courtesy of Wrathion. The patch will be out in a scant few weeks, helping to draw this expansion to a close and lead players into the Shadowlands.

Feb 13, 2021 Kenny Kimberly 5610
For several years now, players have been wondering where the most infamous game in the Diablo franchise is, or when we're going to see it. Even as...