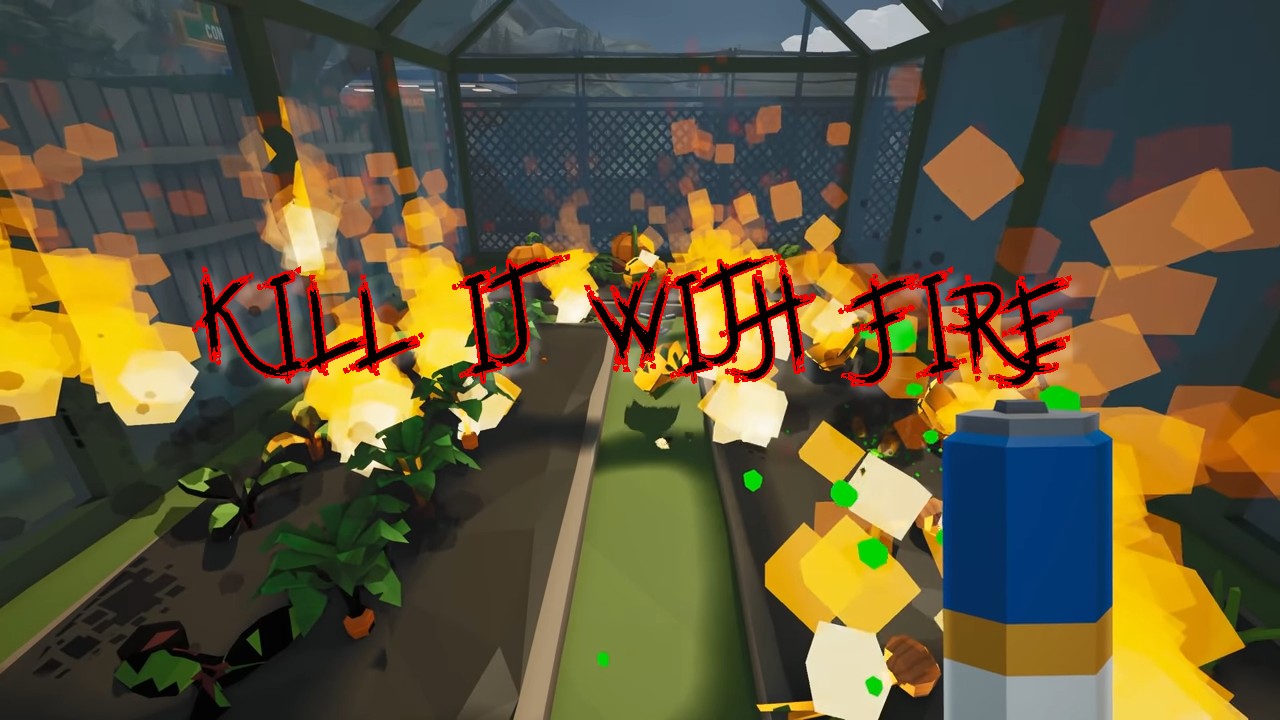 Kill It With Fire is a tongue-in-cheek game about burning your house down in an attempt to rid it of spiders. If, like me, you’ve been playing quite a lot of Grounded over the past week, this game is one to look forward to when it releases later this month.

Developed by Casey Donellan, who used to work with Rooster Teeth, the game is already available to play in an extended demo version on Steam called Kill It With Fire: HEATWAVE. This is what this first-look impression is based on ahead of its run out on August 13th.

If you’re not a fan of spiders Kill It With Fire is actually quite unsettling. Even though the graphics are simple and cartoony, the gameplay is still full of this weird suspense. I think it’s the picking up the different items and rotating them on the off chance there’s a hiding spider behind a vase or picture frame.

It boils down to one concept: even if these spiders are minding their own business, you’re going to have to burn the house to the ground. The scale of chaos starts off ordinary and builds into a cacophony of absolute insanity.

The first spider you’ll squish with a clipboard or throw a vase at it, exploding it into a pile of green goo. By the end of the game, you’ll have a hairspray flamethrower or hedge strimmer.

As well as your arsenal of weapons, there’s also an item called The Spider Tracker. Evidently based on the heartbeat scanner from the Alien franchise, this lets you find exactly where spiders are. It makes discovering the spiders no less unsettling.

For example, I was searching in the living room for some other weapons, knocking over books and checking behind the TV. At the strange angle I approached I peered behind the lamp in the corner of the room…bad idea. There were two massive spiders (right in my face) sat behind the lamp.

Yes. It made me jump. That little jump scare was enough to add even more satisfaction to blowing spiders to pieces with the handy revolver I found in the living room drawer. You’ll also, like me, end up using the hairspray to set entire rooms on fire before you enter.

Whether you’re a fan of spiders or not, Kill It With Fire is a fun little game with even more content expected for the full release on August 13th.

KILL IT WITH FIRE 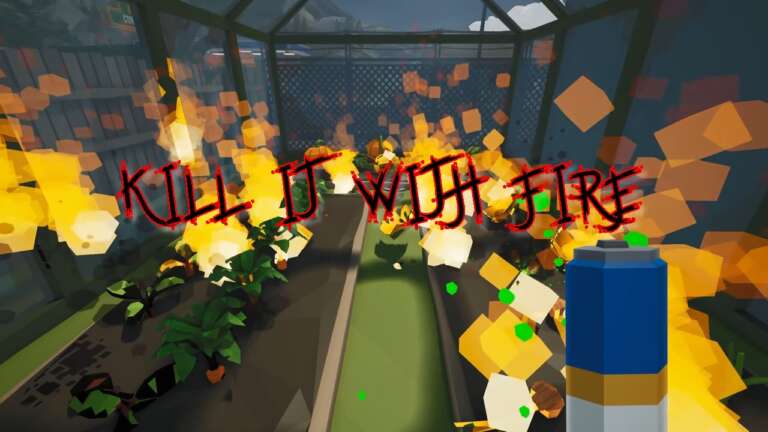 Aug 3, 2020 Harry Alston 6340
Kill It With Fire is a tongue-in-cheek game about burning your house down in an attempt to rid it of spiders. If, like me, you've been playing quite...