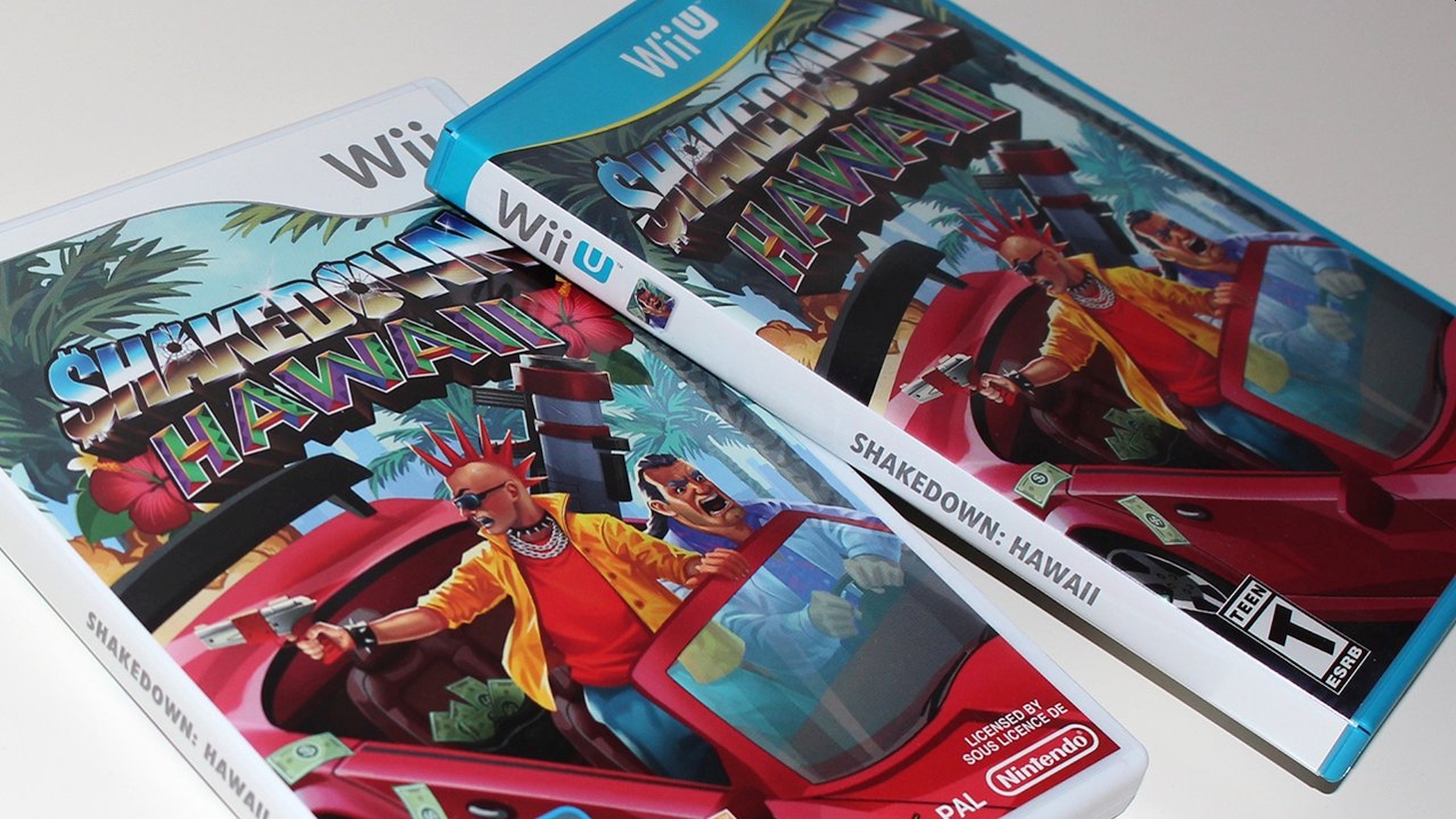 VBlank has continued to release many of its titles on older, discontinued consoles. Shakedown: Hawaii was first launched digitally on PC, PlayStation 4, PS Vita, and Nintendo Switch in May 2019. A few months later, it launched on the 3DS in September.

The following year, VBlank announced it was porting the game to the Wii, WiiU, and the PlayStation 3 with all major content updates. Those who owned the game on another Sony platform could download the PS3 version free. Cross save is available for those who own the game on multiple platforms.

VBlank also released a Wii and WiiU Special Edition of the game. However, both editions have since been sold out. It’s unknown if there will be restocks of the game. Now Shakedown: Hawaii fans can own a standard physical version of the WiiU game, but only while supplies last. If the physical editions run out, players can continue to purchase the digital download.

The standard version of the game comes with a disc and manual in a physical case that’s factory sealed. It’s limited to 3,000 copies for the North American region. The sold-out Special Edition also came with alternate cover are and digital soundtrack code.

Shakedown: Hawaii – Wii U (NA) Limited Physical Edition NOW ON SALE! • Get it at https://t.co/9rHxNU7XtD pic.twitter.com/aJLTxgiPbm

Shakedown: Hawaii is the latest open-world game from VBlank. The game features retro-style graphics with references to 1980s pop culture and more. Payers work to build a shady corporation by any means necessary. Players will complete open-world missions, take over businesses, sabotage competitors, taking over property, and shaking down businesses for even more profit.

While the older Nintendo Wii and WiiU physical editions may be in high demand from players, there’s one more option. A physical edition of the PlayStation 4 game is up on VBlank’s store now. The game comes with the game on a region-free Blu-Ray disc, manual, and reversible cover in a box. This edition is limited to 5,000 copies.

Fans of the game aren’t limited to physical and digital game releases. VBlank has released a mini figure of “The CEO.”

The demand was more than the developer was expecting. In a separate Tweet, Vblank stated:

Thank you so much to everyone for supporting the Wii U release! I honestly wasn’t sure how much demand there would be, but took the chance because I simply wanted it to exist. Can’t express how incredible it feels to see so many happy fans out there!

Since each physical release comes with a different piece of cover art, the developer has set up a survey asking players which one is their favorite. Players don’t have to own the game to vote.

Jul 6, 2022 Tom Lee 360
Several bosses can be fought in the mode, and although the stock of missiles is refreshed between each fight, Samus Aran carries overall damage to...