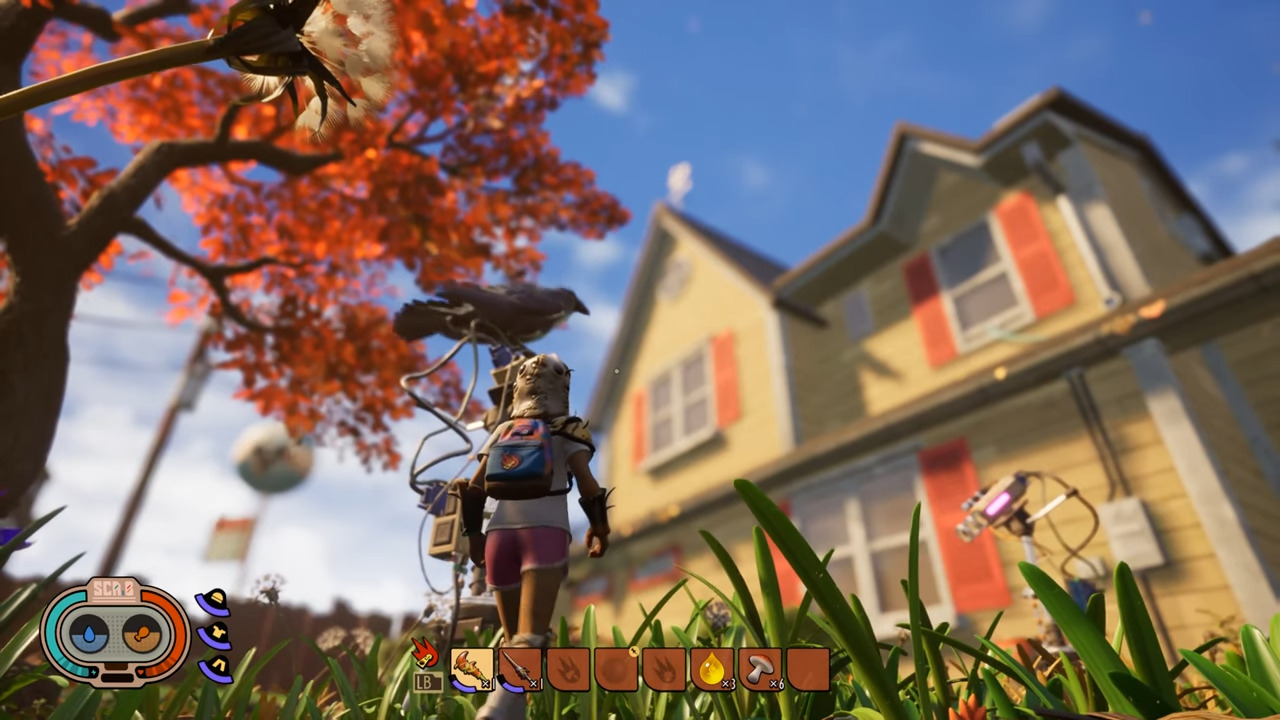 Grounded entered Early Access at the end of July, and although showing a lot of promise, the game was still relatively devoid of content beyond murdering aphids and wearing ant body parts as armor.

However, the team at Obsidian responsible for bringing Grounded to life was keen to let everyone know that plenty of content updates were on the way. This is the first one to go live, and it’s very positive so far.

First up, the gentleman robot, BURG.L. The main giver of quests – found in the lab under the big oak tree – now has more for the player to do.

There are two new quest types. First up, the Chipsleuth quests. The player has to head out around the yard and find chips dotted around the place. The next type of quest, the Artificer quests, send players away to craft specific items. Both quests reward Science points.

Alongside the quest updates, players can now begin to customize and improve their character’s skills. This comes in the form of perks, a term familiar to anyone who’s ever played an RPG before.

Different perks allow your character to mine faster, collect items faster, and up to 13 other different perks. The player can only equip three at a time.

In terms of new additions to the world of Grounded, the enormous back yard has received the first of its content additions. Head over to the flooded area and you’ll find some adorable (sort of) water fleas.

The developers at Obsidian have also clearly been watching the videos online of grown adults screaming at spiders, and have decided to improve the spider’s AI and enhanced them with a new attack type.

New items can be crafted around your Grounded base, including different types of fences (Sprig and Acorn) and new tables made of Clover leaves. If you’re a microscopic designer, this is perfect for you.

Lastly, the largest addition to the game (quite literally) is the…BIRD. You’ll see the shadow on the ground before you see it overhead. Players can collect the feathers it drops to craft a whole new set of items.

Developers have told everyone that the bird lands, but they’ve kept it a secret to how it will impact a player’s adventure through the undergrowth…

Grounded is set to receive another content update at the end of September. If August’s is anything to go by, it’s definitely something to look forward to!