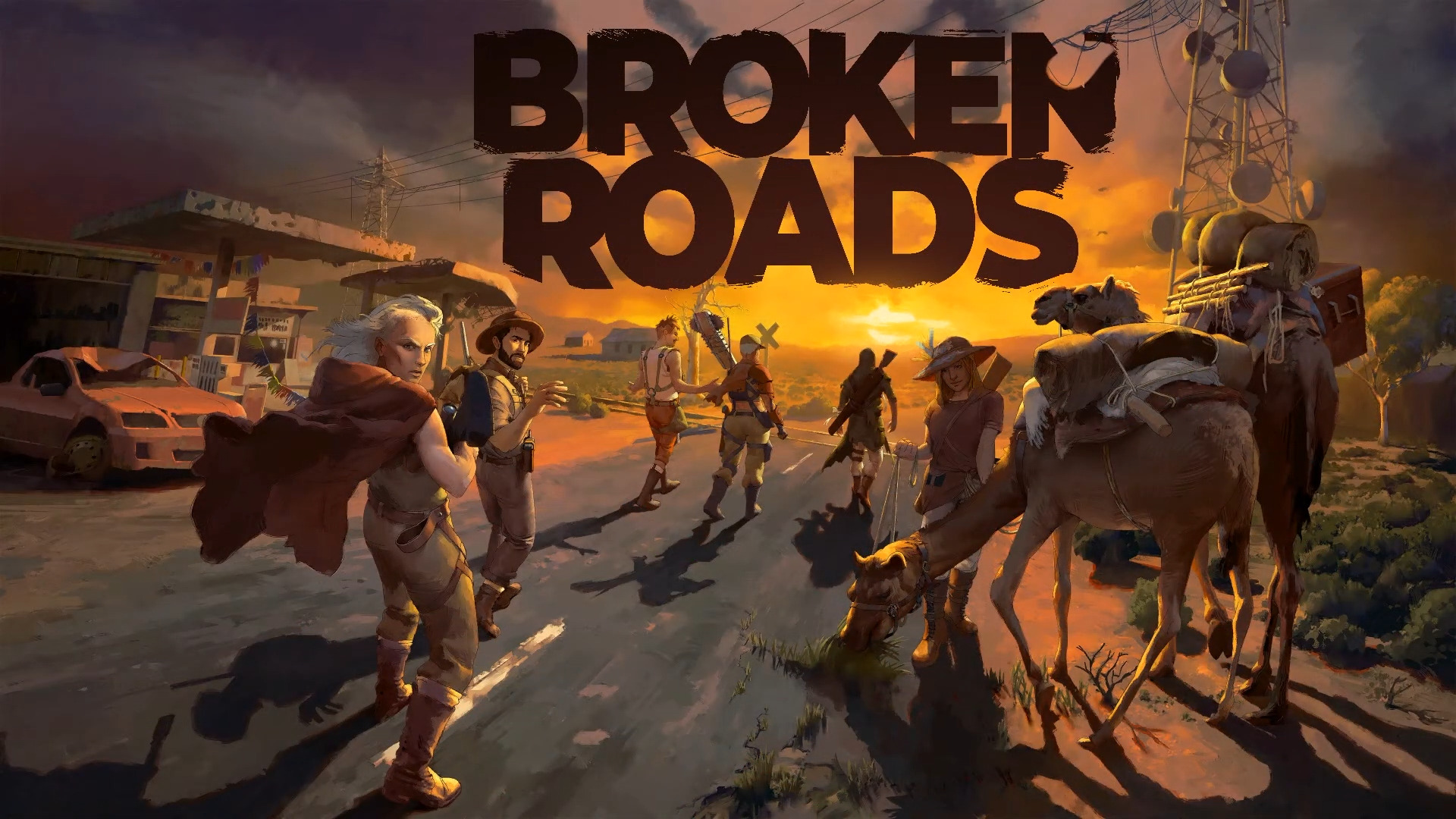 With Gamescom just around the corner, the devs at Drop Bear released a pre-alpha showreel of in-game footage. You can check it out on their YouTube channel below.

The game looks pretty exciting with a definite old-school RPG vibe. There are four origin stories that give the foundation of your character’s skill set and morals, but after that, the detailed character engine puts the power in your hands.

Broken Roads is designed to offer the player unlimited potential to craft their characters how they want, and let the narrative choices and decisions made impact their moral compass. 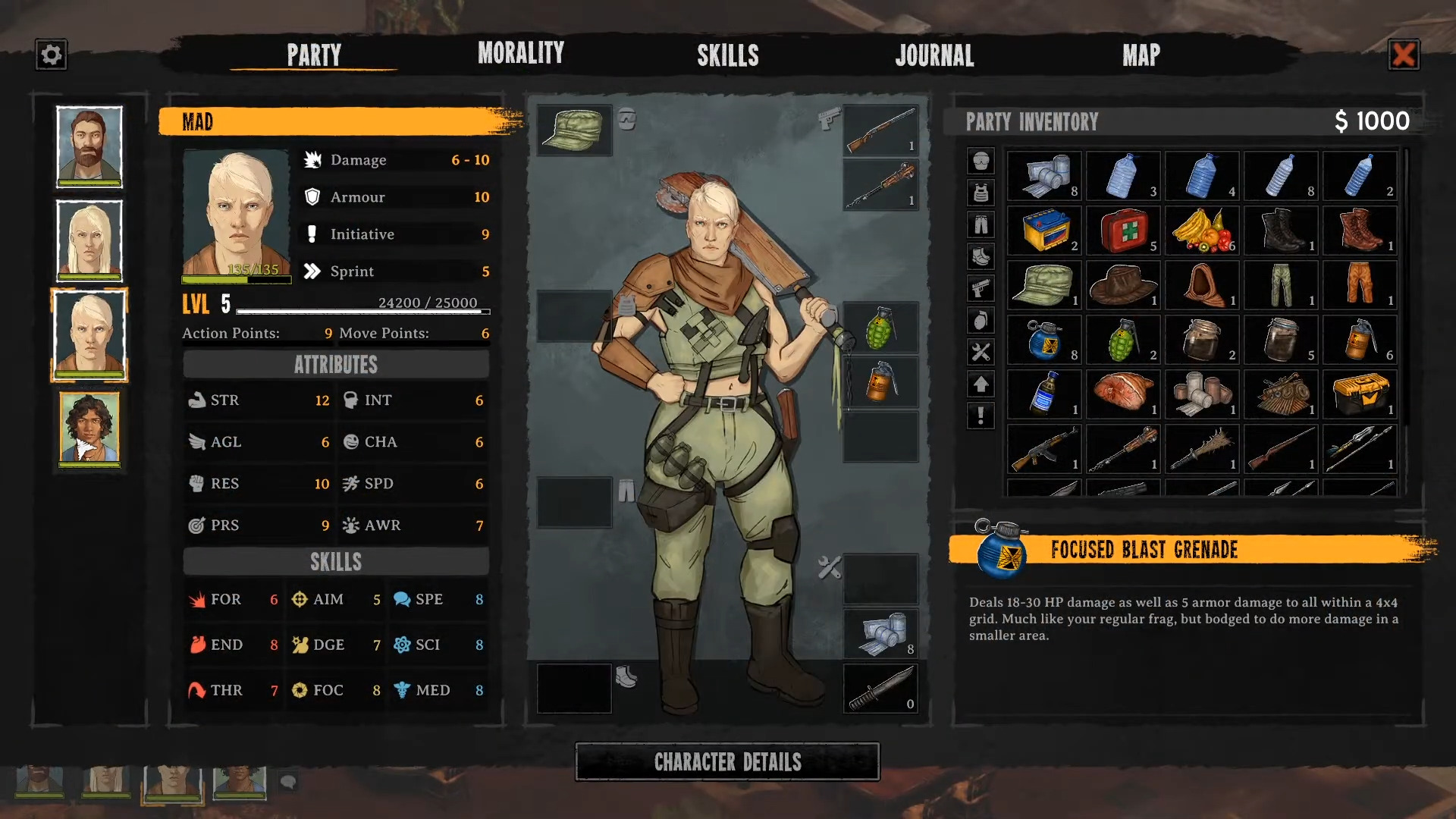 All the typical RPG attributes are there, including the mainstays of strength, charisma, and intelligence. Skills are divided up into sections such as throwing, focus, or medicine. You can customize each character in your party to create the ultimate wasteland force.

First glimpses of the skill-tree look very in-depth, with multiple specifications down each skill tree. Different traits and skills can be applied to any character, as this RPG doesn’t promote the idea of “class” characters.

What’s most interesting about the characters in Broken Roads is the full-on morality system. Each character has their foundation of morals, but the actions you take throughout the game impact their ethical and moral standing.

Take this screenshot below for example: 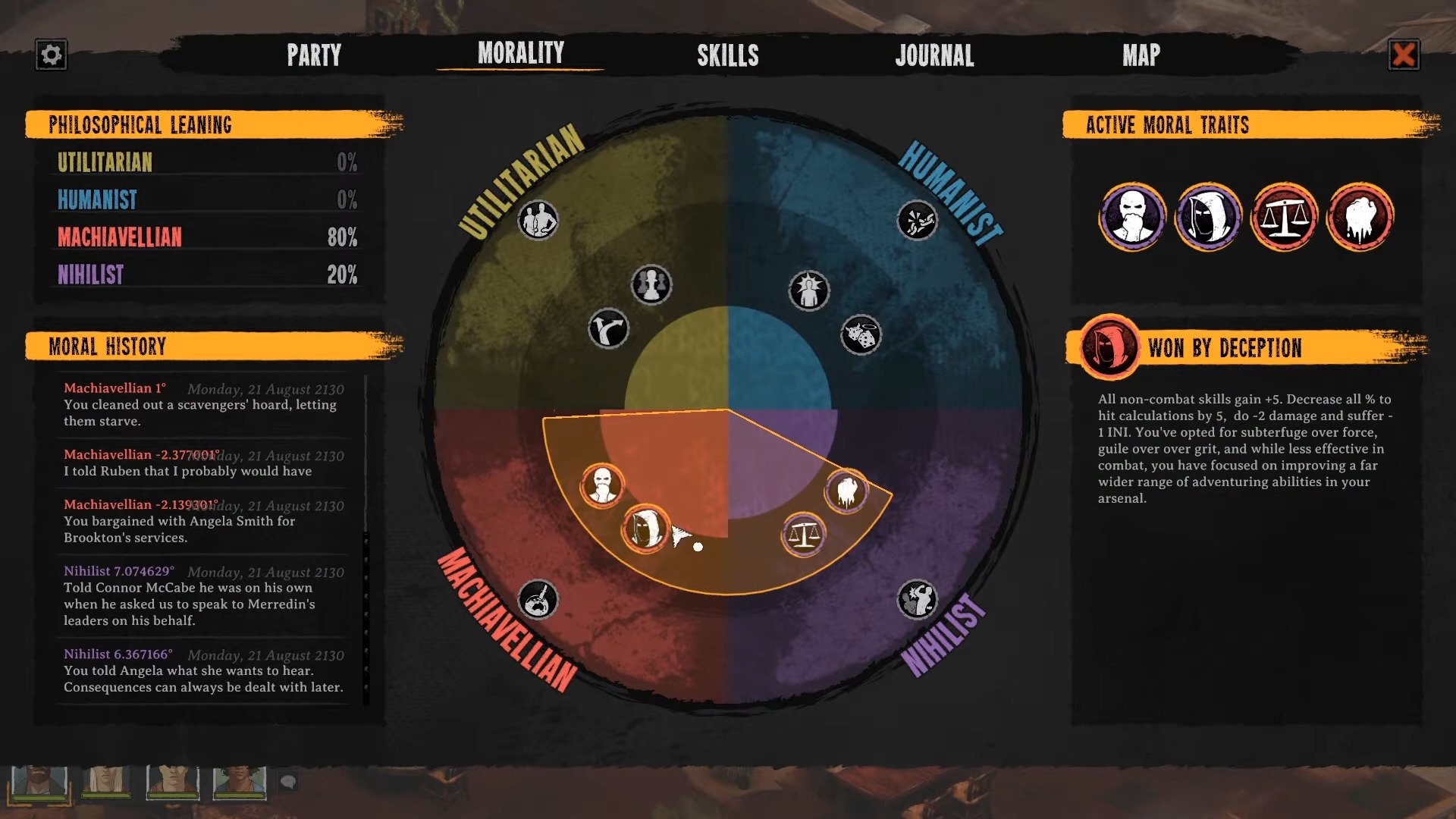 Each action is recorded in the character’s “Moral History”, so pillaging scavenger’s hoards results in a trait called “Machiavellian” increasing. In turn, you can use these moral points to activate certain moral traits, which hone your character down a specific skill path.

Combat works like many other top-down RPGs and is classically XCOM or Divinity: Original Sin in style. The turn-based combat allows for tactical play – you can make the most of your various characters and their skillsets.

Lastly, the art style of Broken Roads looks pretty great. It’s dark and gritty, with detailed settlements, wastelands, and interior spaces, populated with a host of characters. My favorite from the alpha showreel is the “Bitch Queen.”

The game is now available to Wishlist on Steam and more info will probably arrive with Gamescom this week. If you want to check out more about the game, visit the Steam page here or follow the developers on Twitter. 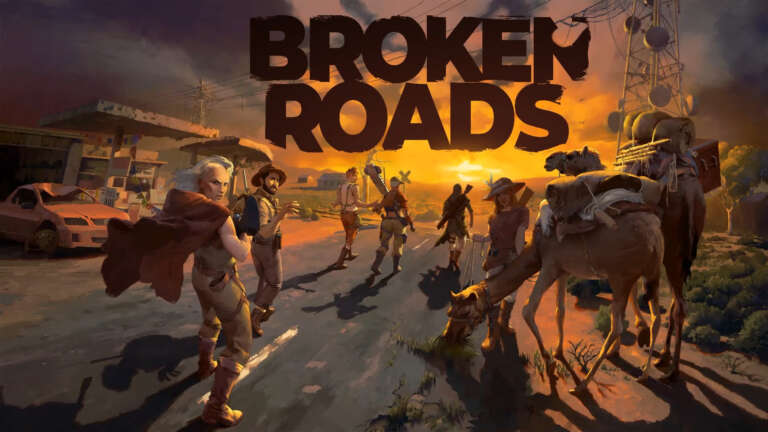