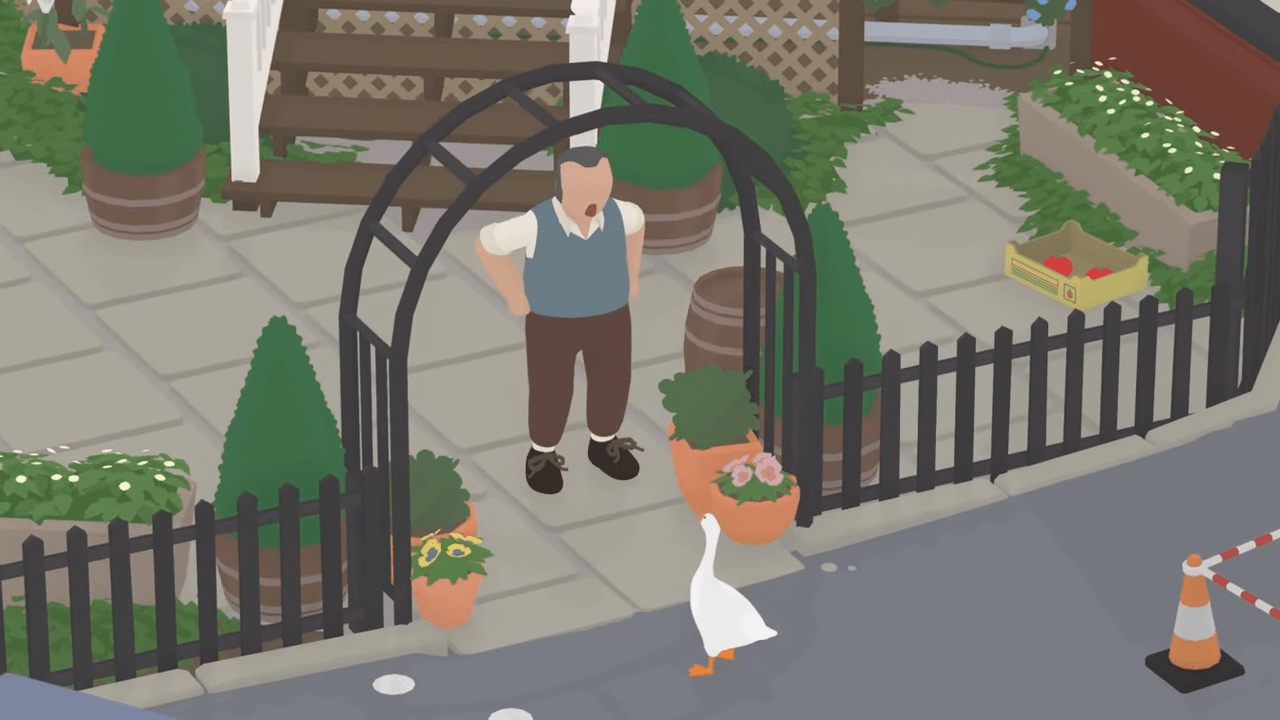 Untitled Goose Game was this year’s surprise hit. A simple game, that apparently started out as a bit of a joke, took the internet by storm earlier this year. You might have seen the memes or even played the game yourself – it’s a stealth game with surprising depth, interesting aesthetics, and a great sense of humor.

The game was this year’s unexpected runaway hit. It sold over 100,000 copies in the first two weeks, with a big showing on the Nintendo Switch, turning out to be one of the biggest games of the year for Nintendo’s flagship console. It even beat Link’s Awakening for the Number One spot in the States for a short time. But why?

Classed as a puzzle-stealth game – it’s essentially Hitman with a goose – in Untitled Goose Game you take on the role of a bothersome goose, terrorizing a quiet English village. The game was developed by four-man studio House House from Australia, and published by Panic Inc.

It’s a simple premise that is so completely wholesome, unexpected and quite a lot of fun. For those who’ve never met a goose in real life, it’s also a pretty accurate representation of the brazen orange-beaked birds. There are a number of missions you need to take on, such as destroying people’s gardens and stealing a poor man’s hat. Oh, and a lot of honking.

From December 17th you’ll be able to pick up Untitled Goose Game on Xbox One and play it in 4K Ultra HD, maybe a bit unnecessary for a game developed in Unity and running with simple block colors, but what better way to enjoy running rampant around a village with a goose? You’ll also be able to listen to the game’s great score and delicious goose honks.

Jul 22, 2020 Jeremy Green 5460
Untitled Goose Game has been one of the better hidden gems in recent memory. The concept of playing as a goose may sound pretty commonplace, but in...

Feb 1, 2020 Alan Robinson 33300
Geese are not friendly creatures. Anybody who has visited a zoo as a kid, or managed to accidentally cross one in the wild, is no doubt aware of...