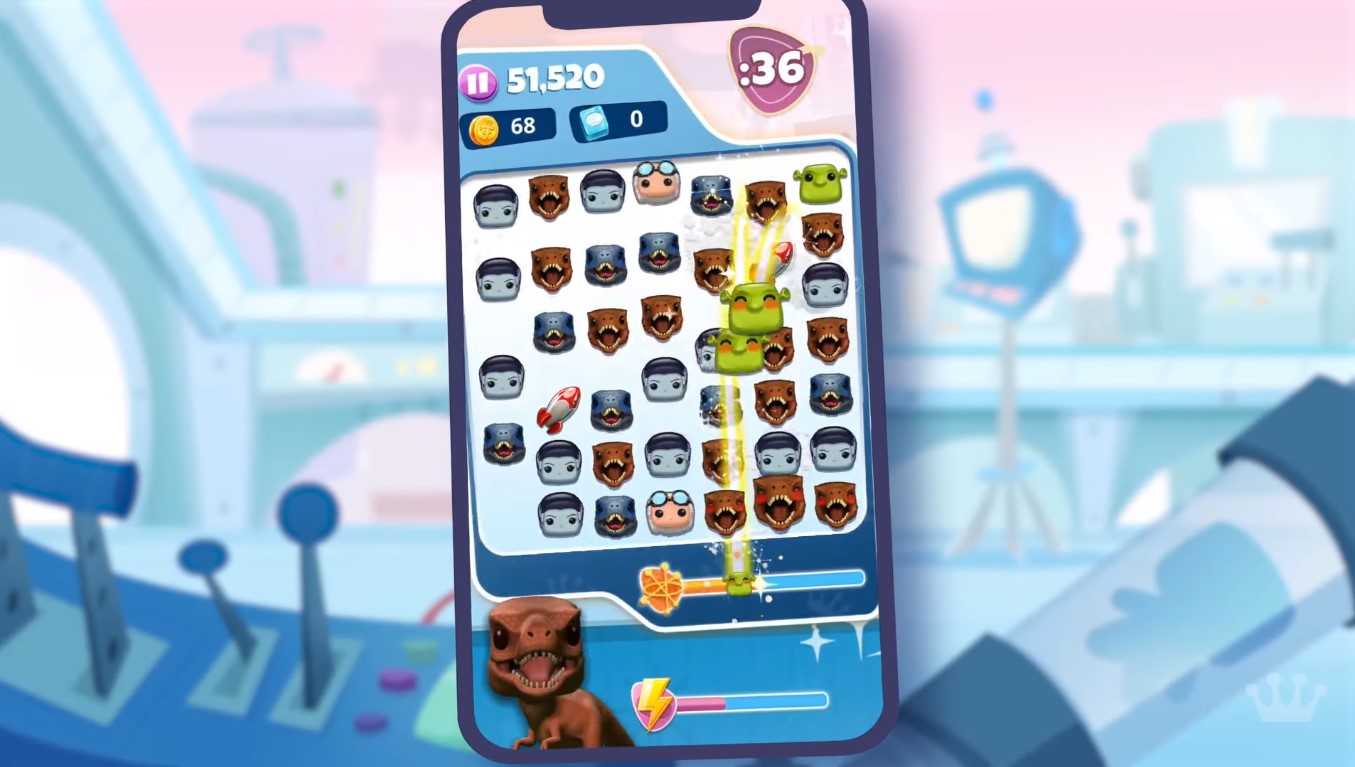 The San Diego comic-con will be another exciting venue for cosplayers and new and upcoming products in the world of comics. One of the few highlights this year is the latest game made possible with the partnership of Universal Games, Digital Platforms, and Funko. The game will be a match-3 puzzle running on mobile and features Funko Pop! characters from beloved Universal franchises.

Some of the characters are coming from popular movies like Jurassic Park, Back to the Future, Shrek, How to Train Your Dragon, and Universal Monsters, among others. This new release is a classic example of how Universal is currently moving its services to include mobile gaming.

Funko has been a leading maker of pop culture products, and their incredible collectibles are known around the world. This new game, set to be released in the coming days, will feature some of the most adorable characters from Universal movies including Marty McFly, Lucky the Leprechaun, and the T.rex from Jurassic World.

Dubbed as Funko Punk! Blitz, the game will be a match-3 puzzle game where players need to complete 60-second rounds to score points. Quest levels with varying stages and missions should be completed to level up to the game. Funko Pop! Blitz characters will be alive in the game showing different emotions and distinct animations.

Within the game, players are required to collect iconic Pops! which instantly activates super moves. The ‘supers’ are 3D animations of the characters doing their most memorable movie, TV show, or commercial scenes. The super moves can also be used to either create a more powerful power-up, add extra time to gameplay, or clear several Pops! at one time.

Funko has emerged as one of the most recognizable companies whose original concept was taken from everything we have in the pop culture. This new game is a perfect addition to their line of products and celebrates all the iconic characters we have grown to love throughout the years.

The game was developed by TicToc Games, and it will be free to download once the game is available on Google PlayStore and the AppStore. Funko Pop fans will get to experience the launching of the game at the San Diego Comic-con which will be held next week.

Supermassive Games' Man Of Medan Gets Official Multiplayer; Face The Darkness Together