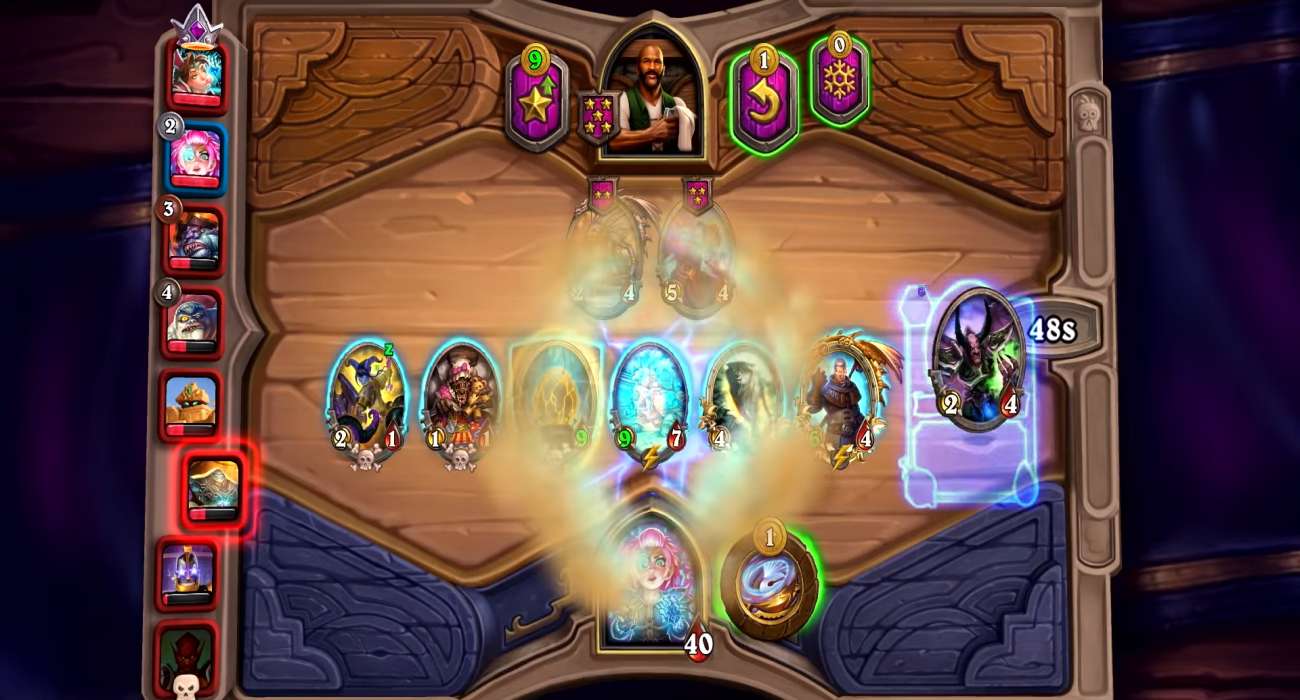 One of the more interesting genres of gaming has to be auto battler. These are multiplayer strategy games where players set up their board with characters and then the game plays out their moves automatically. They’re pretty addicting and there are a lot of good offerings in this space right now, in fact.

One of the more anticipated is Hearthstone Battlegrounds. This autobattler was just teased at this year’s BlizzCon, and for many in attendance, it stole the show. Judging by the announcement trailer, it’s shaping up to be quite the multiplayer experience. There are a total of 24 unique characters you’ll get to choose for your board. Each seem beautifully depicted, which is a testament to the graphic artist who worked on this game. The digital cards look vibrant and teaming with personality.

After recruiting your army, the board will wage war for you. The trailer shows some battle scenes, which have pretty cool animations and diagnostic information. For example, when an opponent lands on one of your characters, you see how much health was taken away. Already, Hearthstone Battlegrounds seems like a pretty great and competent strategy game.

Those looking to experience the title firsthand won’t have to wait much longer, as an open beta goes live next week. For those who were in attendance of the official reveal or those who pre-purchased the Descent of Dragons bundle, they already can enjoy portions of the game.

Whichever category you fall under, Hearthstone Battlegrounds is one of the more unique upcoming games to look out for. Looking at the official site for the game, there’s a breakdown of how the game works if you’re not familiar with autobattlers.

Players will get to compete with eight others in one-on-one battles that will test their mettle. Before each battle, you’ll have the chance to swap heroes, upgrade them, and even build up their defenses. These pre-battle tactics are paramount to get down perfectly and they’ll have a direct influence on your success. The game doesn’t end until only one player remains.

There seems to be quite a varied cast of characters you’ll be able to select from at launch. It wouldn’t be surprising to see Blizzard add more after the game comes out. That just means more options and combinations on the battlefield. If you’re up for some strategy and fun combat, Hearthstone Battlegrounds is the game to keep an eye out for.