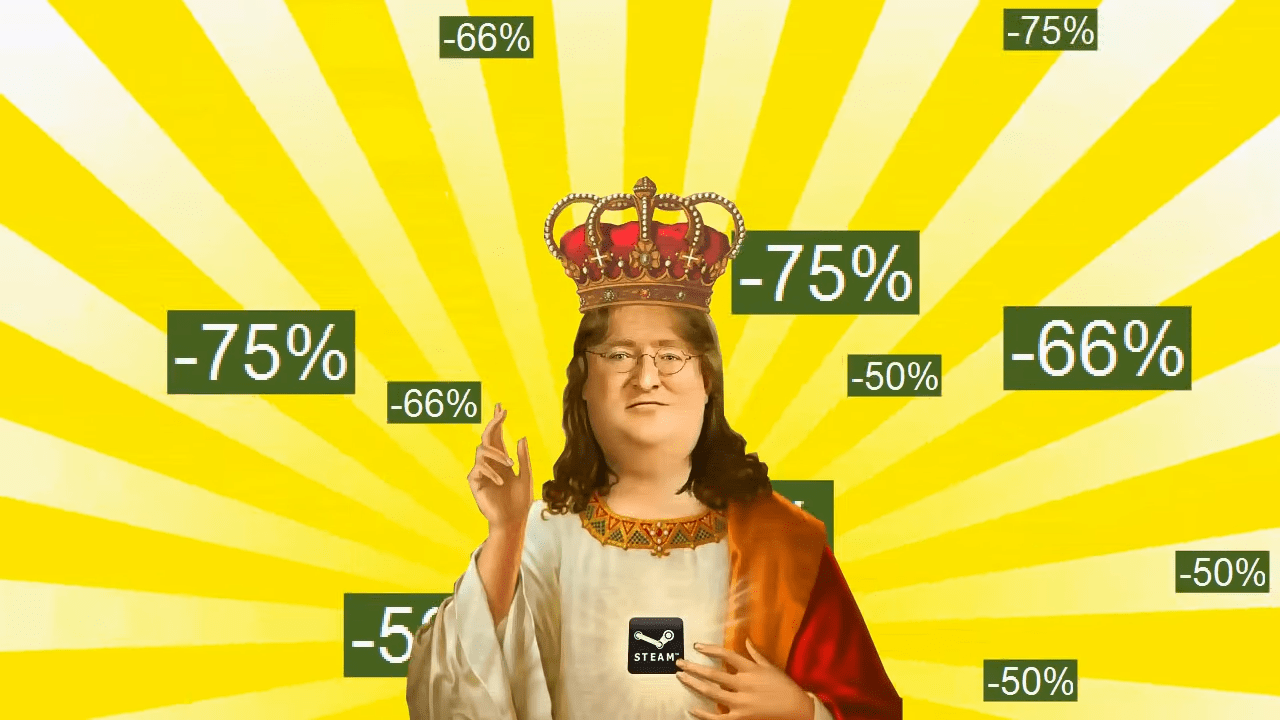 Nobody is entirely sure if we should be celebrating, concerned, or exhausted as Valve has announced another Steam sale that is slated to begin on January 23rd, making it the fourth month in a row where Valve is pushing a massive sale for users on its platform.  This sale will be commemorating the Lunar New Year, and as such is currently known as the Lunar New Year Sale 2020.

Before a bunch of mindless speculation occurs about Valve struggling, 2019 saw a Lunar New Year Sale as well, as did 2018, making the Lunar New Year Sale simply another event that typically closes four consecutive months of family financial planners muttering to themselves with their heads in their hands and wives hiding their income from the joint checking account.

The past Lunar New Year Sale lasted for 7 days straight, and typically marks the end of consistent sales coming from Valve for a few months, so everyone just needs to weather this final storm without putting a second mortgage on their house.

Another Steam sale is coming, and soon https://t.co/lvrrkJvFDo

In preparation for the sale, it may behoove users to explore Valve’s Deep Dive system found with Steam Labs, exploring the various titles to see what they offer.  Making usage of Steam Labs in conjunction with the Steam Wishlist can make the start of the sale the easiest thing you’ll do for 2020; log in, select everything on your Wishlist that has a sale you deem makes the value proposition acceptable, and play.

Since there are no more flash sales that would alternate for eight hours of length featuring unbelievable prices, since the advent of refunds that brought Steam in line with European decree, Steam sales have become a considerably easy ordeal. Arguably less fun for many users that are left attempting to figure out whatever bizarre event Valve crafted to keep users interacting with the sale, but they are easier to eye the deals within moments and move on with your day.

The most recent Winter Sale is typically Valve’s strongest sale event, mirrored only by the annual Summer Sale that typically begins around the tail-end of June.

That being said, if you’ve had something on your wishlist that you neglected to pick up in the past three sales, this will likely be your final opportunity until the Spring event that occurs around May, unless Valve opts for a sale between now and then.

Plan for the sale extensively, discuss financial planning with whomever you need to, and let’s bring in a new year by adding to our out-of-control libraries with games that we’ll never find the time to play.

Aug 12, 2021 Harry Alston 3140
Frostpunk 2 has been announced. After a long and successful run, with multiple DLCs and appearances on Game Pass, Frostpunk is getting a sequel. And...