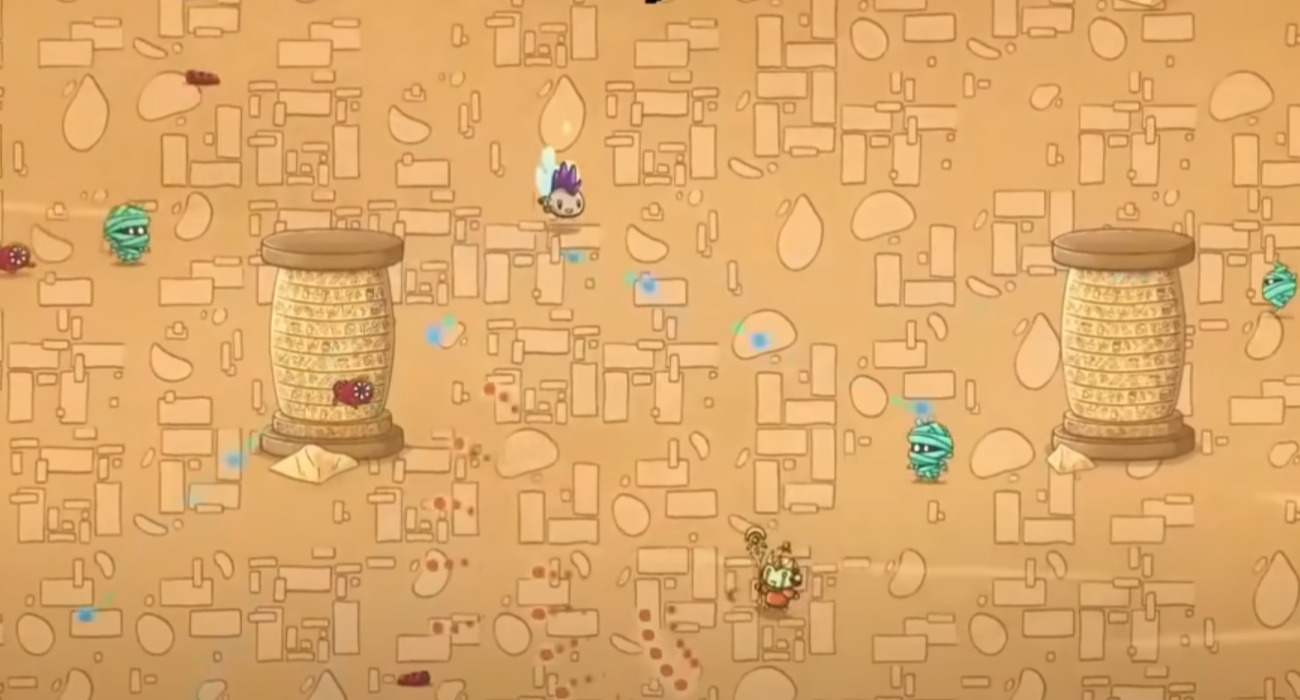 In terms of arena shooters, a smaller game that has a lot of great elements is Spirit Arena. It involves shooting waves of monsters, either solo or with a friend through local co-op.

RELATED: Nintendo Of America Shares New Pokemon From Sword And Shield On Twitter, Including A Giant Cake Pokemon

As of December 24th, it has been available on consoles. That opens it up to a new audience, which is great because it really is a fun time if you don’t mind its shorter nature. The story centers around two sorcerers that were attempting to tame powerful monsters.

Their plans don’t quite end up working out and instead of gaining control, they unleash hordes of monsters that they now have to defeat. They can do so by way of physical and spirit spells. Each one corresponds to an enemy type, which is either red or blue in color.

RELATED: Have You Found These Time-Specific Animal Crossing: New Horizons Events Yet?

You have to match the colors up depending on which enemies come storming your way. The game may look simple on the surface, but it can be challenging at times. You’ll experience moments where you get cornered and subsequently have think fast about the angles you hit and which spells you use. If you don’t act fast, you’ll get taken out.

There are a total of four worlds that you’ll have the pleasure of saving, each equipped with a distinct boss. That ups the difficulty even more and it gets more difficult with time. By the end, you really have to think about where your wizard goes while throwing spells out left and right at just the right times.

Spirit Arena can be played solo, but playing with a partner locally is where this game really shines. You and a partner can strategize together about where to move and how to approach the increasingly difficult bosses. All the while, you’ll get to collect items and increase your power in strategic ways.

You can find Spirit Arena on the NintendoSwitch, PS4, and Xbox One for a relatively low price. Again, it isn’t the longest game by any means and you’ll probably face some tough sections. But if you like arena shooters, you’re given a lot to work with in Spirit Arena.

The game also doesn’t have any microtransactions and there are different characters you can play as to keep gameplay fresh and challenging. You’ll find yourself locked into every battle as you try to restore worlds now overridden with terrible monsters. Even the visuals are fun to look at thanks to their charming and colorful nature.