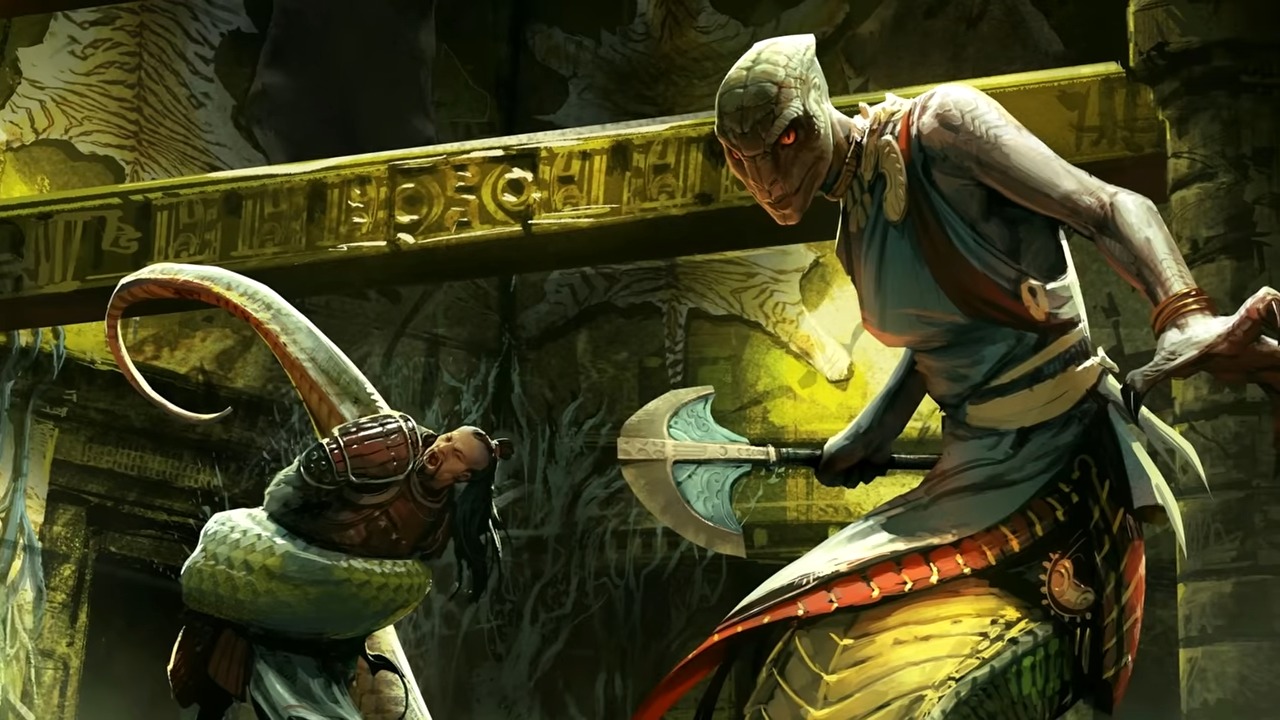 Every good story has a conflict, something — or someone — to push the story along and give the protagonist something to fight against. This could be a villain or criminal that the protagonist has a personal beef with, or maybe a larger, more nebulous concept.

In Dungeons and Dragons, it tends to be the former. Evil wizards and wealth-hoarding dragons tend to make excellent BBEGs (Big Bad Evil Guys) but past a certain level, players tend to roll through encounters because they’re just that good.

Fortunately, Mythic Odysseys of Theros has presented DMs across the world with a solution — Mythic Monsters. Mythic Monsters are a new classification of monster in Theros that come with two new abilities: Mythic Traits, and Mythic Actions.

They’re used when the battle hits its mythic phase and helps to add a sense of danger and urgency to the combat. They’re also intended to make the player think a little harder during combat to avoid any sticky situations.

Arasta, a spider-monster who makes its home in a giant olive tree, has a mythic action that deals force damage to any creature caught in its web and dispels any spell of 6th level or lower.

With great difficulty also comes great reward. Adding mythic traits to Tomokratis, for example, is akin to fighting two CR 26 monsters, and rewards a whopping 180,000 experience for your players.

The great thing about mythic traits is that they can be added to any boss to make them more difficult to face. Mythic Encounters, a DMs Guild supplement, has added many new mythic traits to D&D’s most classic monsters, such as the Demogorgon, to make them feel more challenging.

If you’re interested in this material, it’s suggested to view the Mythic Odysseys of Theros campaign sourcebook for more information.