Phantom Breaker: Omnia follows the story of manipulated, vulnerable teens who were forced to fight each other thanks to the influence of the “Phantom.” The fighters have all been granted mystical weapons known as “Fu-mentional Artifacts.” The winner will have their wish granted.

The fighting between the mystical weapons has caused a massive distortion within time and space. Parallel universes began to have their boundaries break. This is exactly what the mysterious Phantom wants, as the broken seals will allow the man to unleash his true powers.

RELATED: Megaquarium Will Be Launching For Xbox One, PlayStation 4, And Nintendo Switch October 10

The updated game will contain even more content from the original 2013 game. They include two guest characters, Kurisu Makise from Steins;Gate and Rimi Sakihata from Chaos;Head, plus two brand new characters who will debut in the new title.

Phantom Breaker: Omnia’s fighting system has gone through a massive overhaul. Combos and special attacks will be easier than ever to pull off.

For the first time, all of the characters will have optional English voice acting. The game will also have options for English, Japanese, French, Italian, German, Spanish, Simplified, and Traditional Chinese subtitles and UI. Thanks to all of the additions of languages, more players across the globe will have the opportunity to enjoy the game.

Limited Run Games is planning physical editions for the PlayStation 4 and Nintendo Switch platforms. More information regarding the special console versions will be announced in the future.

RELATED: Eve Online's Community Is Under Attack By New NPC Vessels, A New DLC Has Been Released For The Game

Phantom Breaker: Omnia launches in 2021 for PC via Steam, PlayStation 4, Xbox One, and Nintendo Switch. 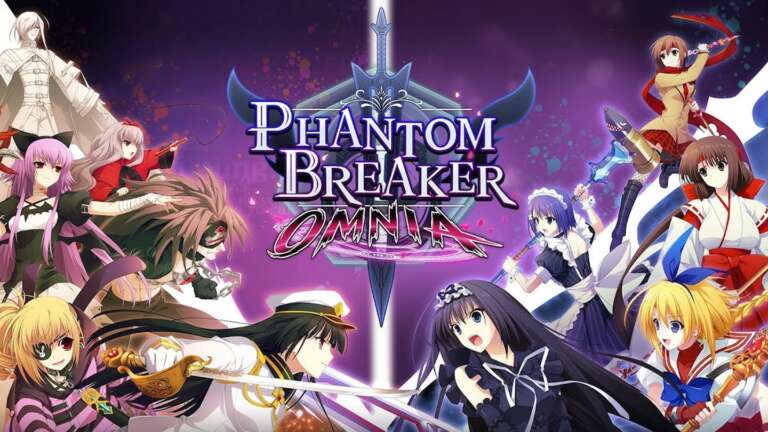 Dec 29, 2020 Lisa Nguyen 8640
Publisher Rocket Panda Games and developer Mages, Inc has announced the worldwide release of Phantom Breaker: Omnia. The game is an update of the...