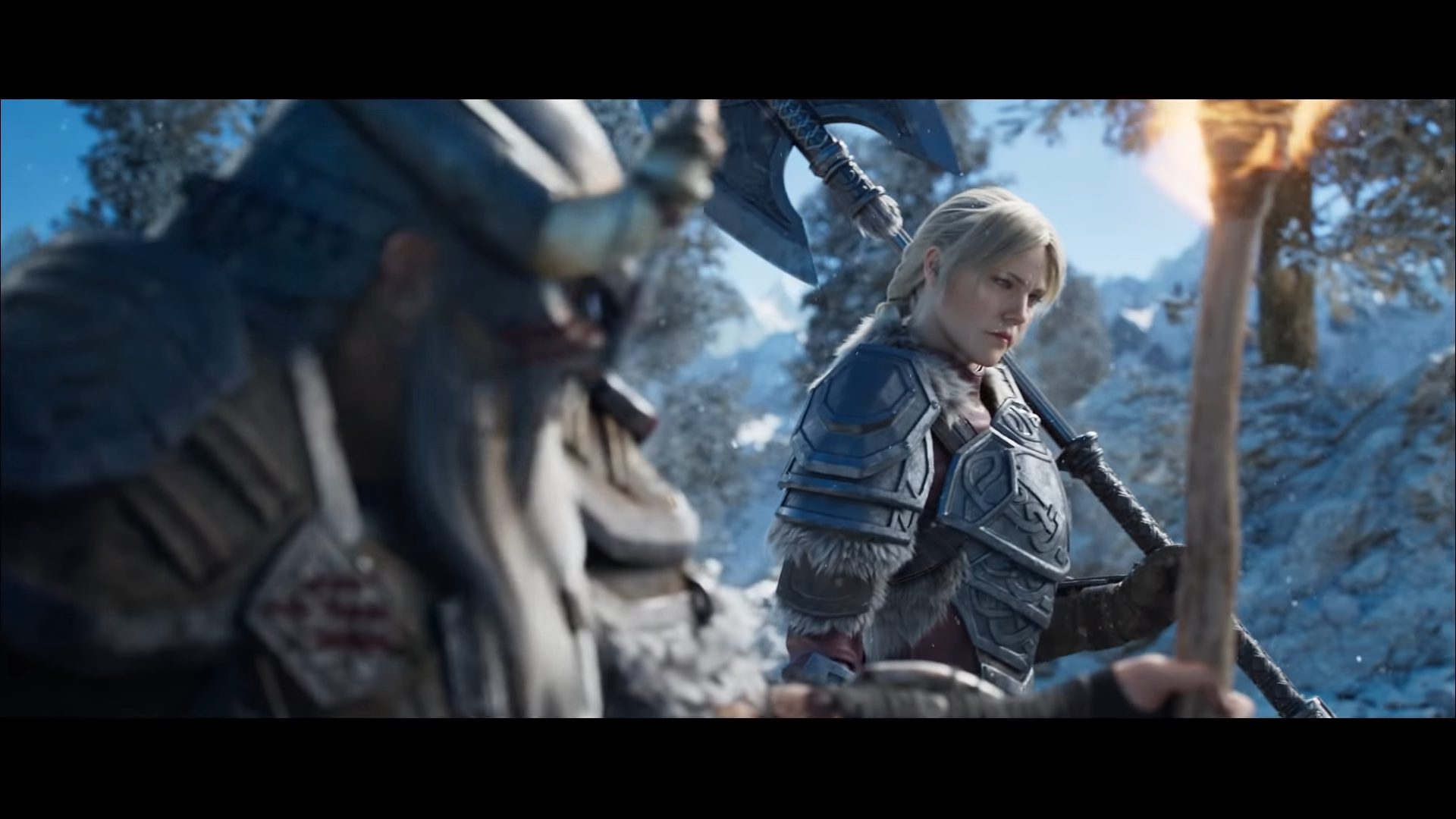 The next expansion for the MMORPG Elder Scrolls Online is now officially available for sale on PC, with a cinematic trailer releasing on the Bethesda Softworks official Youtube channel a few days ago. This new adventure is also coming soon to the PS4 and Xbox versions of the game.

Unlike previous DLC content, the story from The Elder Scrolls Online: Greymoor is supposed to be a story that continues over the course of a year, and will as its namesake suggests be located in Skyrim.

The story apparently centers around stopping an evil vampire from enslaving the citizens of Skyrim. The tale is apparently gothic-themed, and if the cinematic trailer is any indication the story will be an epic one. According to the Elder Scrolls Online website:

“Stop a powerful Vampire Lord from enslaving Tamriel in the Dark Heart of Skyrim, a gothic tale of sinister secrets and deadly betrayals. The Elder Scrolls Online: Greymoor is the next stage in the epic story that begins with the Harrowstorm DLC and continues throughout the entire year.”

The actual cinematic that premiered alongside the launch of the DLC, showcases a group of adventurers led by Lyris Titanborn descending into what appears to be an ancient castle hidden underneath the earth.

The castle itself was surrounded by these strange glowing statues. The statues began to crumble and reveal werewolves trapped inside strangely enough. Fighting their way into the castle, most of the adventuring party is defeated by a vampire lord.

The batlike vampire lord, troupe of what appear to be regular vampires, and an entire fleet of werewolves are then revealed before the trailer ends. It is an interesting choice thematically to feature werewolves and vampires working together in the cinematic, especially given that players can become werewolves themselves in-game.

Since the DLC is newly released, it is also unknown to what extent Titanborn will be featured in the story. It seems likely she is involved in some capacity, given how important she is to the main storyline of the game, and her involvement in the cinematic. The other members of the Five Companions are not shown in the cinematic.

It will also be interesting to see if the developers will feature horror elements in this DLC, and to what extent given the nature of the story. The Elder Scrolls: Greymoor is available now for PC players, and arrives June 9 for those on Xbox and PS4. It is also set to release June 16th for Stadia.

Half-Life: Alyx Just Received A New Update That Adds Liquids To Bottles Among Other Things

Jan 12, 2021 Harry Alston 3890
With an announcement earlier this week from Lucasfilm Games that they were breathing new life into their brand, hopes were high for another Star Wars...