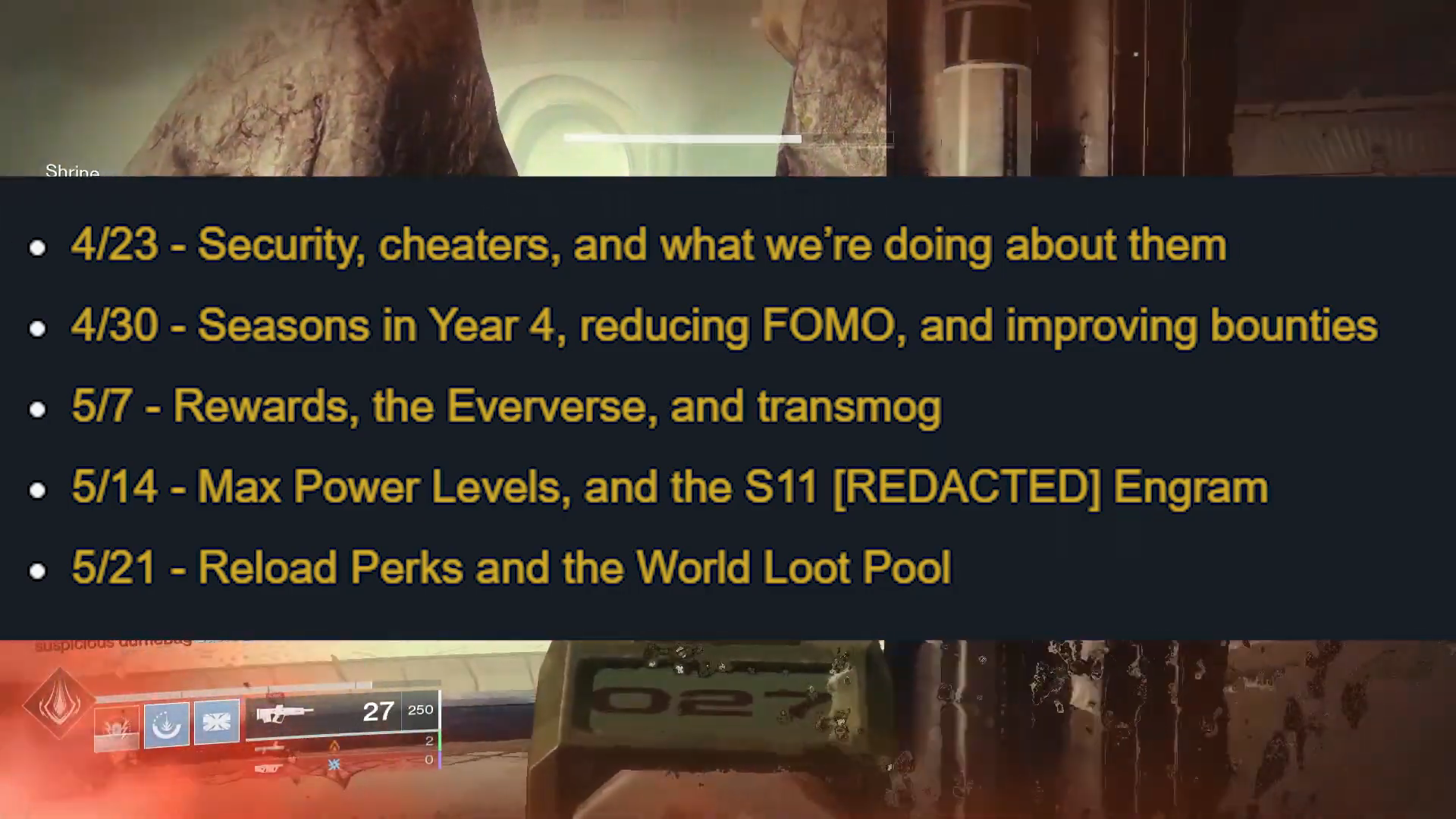 With this year of gameplay drawing to a close, the development team at Bungie has decided to release another text update in their “This Week at Bungie” series. Players hoped that this update would answer the many questions they have about Year 4 of Destiny 2 incoming in June.

The update opens with rehashing the current world state: the almighty is still hurtling towards earth and guardians continue to prepare the Seraph in response. Not much new to go over there.

Additionally, the Bungie team continues to work from home to deliver content updates to the game in light of the current pandemic. This is a bit different then they are used to of course, and it also means that announcements for the game will be coming from internet and social media, rather than large broadcasted gatherings.

This week at Bungie, we look to the sky.https://t.co/QzJGQmr6kQ pic.twitter.com/Hbiwo2Wt9h

Speaking of news about the game, the team promises information about the next Season of Destiny 2 will premiere alongside the next chapter in the ongoing story of the game. The team directs players to their twitter @Bungie for future announcements, and it seems nothing of note will be touched on in this update in particular.

Production Director Justin Truman directly speaks about the challenges faced by the development team during these troubling times, and how all of the hard work has been worth it thanks to the community. He also directs players to previous Destiny Deep dives in case they’ve missed any updates, and promises the team will talk about how Year 4 will kick off very soon.

For typical housekeeping, the team wants to remind players that certain triumphs will no longer be available during the start of the next season. The following triumphs are leaving alongside Season of the Worthy on June 9, 2020:

Certain quests are also taking off with the end of the season, including the Fourth Horseman and Felwinter’s Lie quests. So make sure to go through and wrap those up if you haven’t yet gotten the chance. Luckily any glitches with Felwinter’s Lie should be all patched up.

The next season, although not much was touched on during this update, holds an opportunity for Bungie. Hopefully, the team will live up to expectations, and redeem the state of the game.

The community has been through ups and downs, from the wonderful reception of Forsaken and the Season of Opulence to the divisive Shadowkeep and Season of the Worthy. Tim will tell whether problems will be addressed by the team, and until then – eyes up guardian.