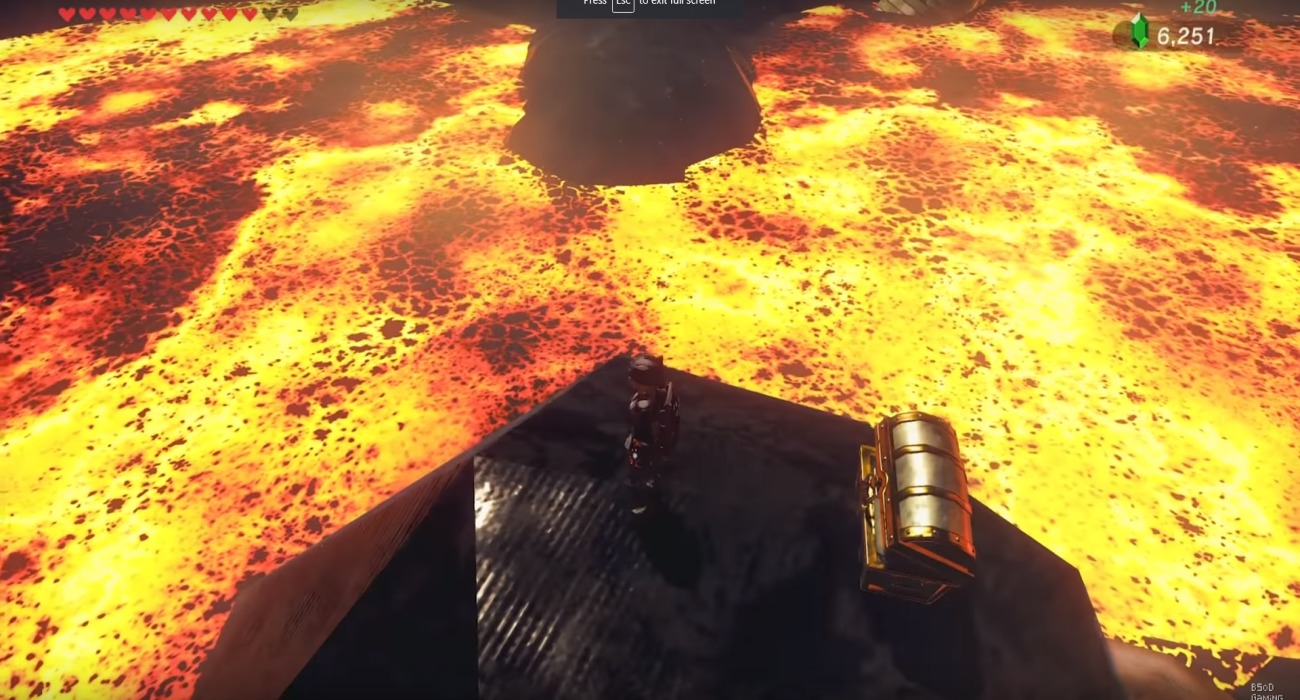 One of the most popular games on the Nintendo Switch — even till this day — is The Legend of Zelda: Breath of the Wild. It was a launch title for the system that featured a fun open-world to explore and bosses to encounter. The game has been out now for roughly two years, and in that time, fans have done some amazing things to it.

This all started with several modders a couple of months ago. They started messing around with the game’s design, particularly the dungeons. This has given rise to some amazing creations, featuring areas with lava, fire, and even wind. They’re quite a spectacle to see. You can check them out on YouTube right now, as a matter of fact.

Well, these efforts have inspired fans of the series to try out their own mods. Tools are being shared amongst the Zelda community, which has produced some pretty amazing creations. Some of these mods even feature floating stages, which as you can imagine, bring some level of difficulty to solving puzzles.

That’s the great thing about these recent mods. They don’t just change up the visuals. Some of them have a direct impact on gameplay, perfect for users looking for more of a challenge. Solving puzzles can be complex when you’re not really sure where to go. Even subtle changes from the base game tend to throw you off.

The modding community seems to be at full force with this game. Nintendo seems to have noticed, too. They are possibly thinking about adding custom stage design tools to the sequel, Link’s Awakening. If they go down this path, it would lead to some amazing custom experiences. Think of Minecraft but with better graphics and a more compelling story.

Also, not everyone is good at modding. Even with instructions, it can be hard to get started changing up a base game like The Legend of Zelda: Breath of the Wild. With Nintendo adding a modding feature in the sequel, it would give so many more fans the chance to design stages and puzzles as they see fit.

Until that time, we still have plenty of amazing customizations to look forward to right now with this Zelda game. Every week, it seems like a new modded stage hits the community. Who knows what modders and fans of the series will come up with next? One thing’s for certain: Where there’s a mod, there’s a way.