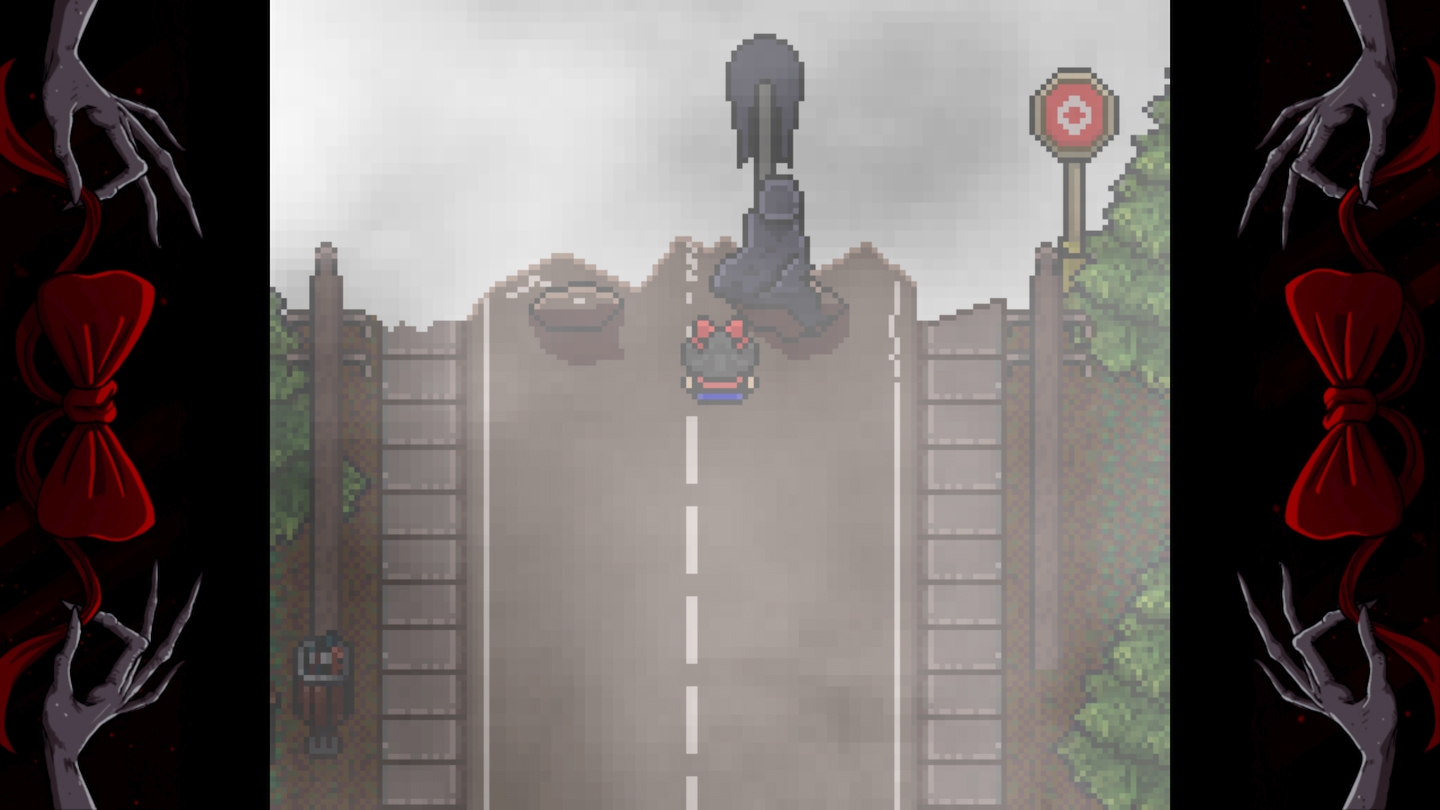 Ratalaika Games’ official description states: “Red Bow is a top-down, creepy adventure game that sets players in the role of Roh, a young girl who gets trapped in a bizarre nightmare filled with creepy monsters! Roh finds herself trapped in a strange dark nightmare world. Help her realize what role she plays by exploring creepy environments. Solve puzzles and find hidden secrets on your adventure. The items you find along the way will decide on which ending you get!”

Roh’s goal is to survive in the mysterious land. She’ll meet various characters along the way and have to decide their fates.

Players have to navigate the new world to help Roh go back home.

There are also puzzles throughout the world that may ultimately affect one of the multiple endings. If players aren’t happy with the ending they receive, the game has replay value.

The title is currently available as a download from Itch.io. There is also a 20 MB demo for those who want to try out the game before purchasing it.

While there is currently a demo available on PC for Windows users, there is no demo for the other platforms the game was recently released on at this time.

The title was initially developed by Stranga Games, which is a single developer and digital artist from Australia. Previous releases from the developer include Knights of Gaia, Mini Thief, Just Ignore Them, and My Big Sister. These games are all available now through Itch.io and include playable demos for PC only.

Stranga Games also announced on Twitter that the game would soon be released on PC via Steam. The Steam edition was published by GrabTheGames. Fans of the developer can also pick up a bundle of all of Stranga Games’ titles on Steam if they don’t own a console.

Red Bow is available now for Nintendo Switch, PlayStation 4, PS Vita, and Xbox One through Ratalaika Games for $4.99.

Rush Grotto Is A Colorful Dungeon Crawler That Is Absolutely Free Through Itch.Io