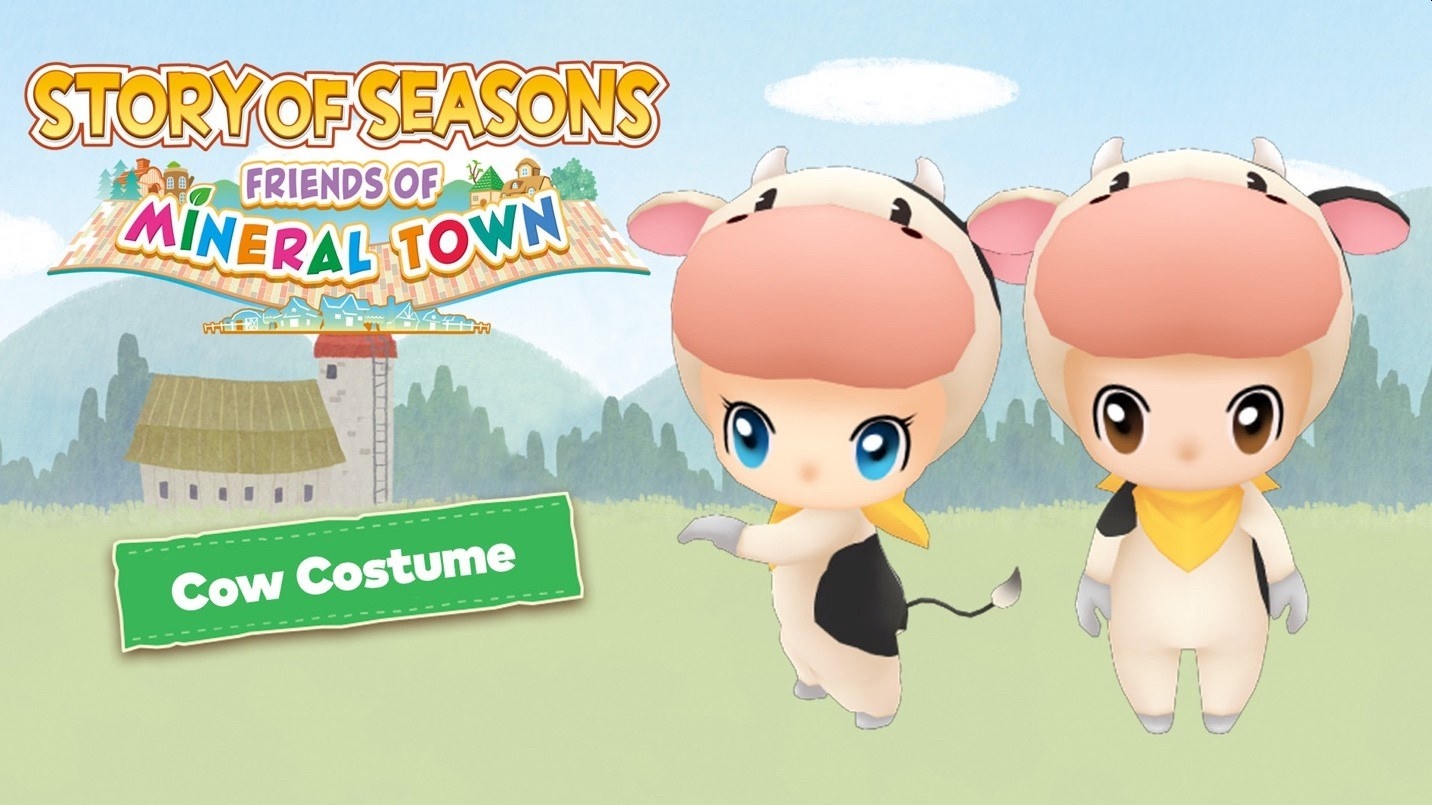 The publisher has also announced that pre-orders are available now for both the physical and digital releases. If players pre-order the physical release of the game from Xseed’s website, they’ll receive a strawberry cow plushie. Other retails are offering a sticker set.

The company recently announced that digital pre-orders on the Nintendo Switch would also receive a digital bonus. The digital pre-order bonus is a Cow Costume Outfit. Those who don’t want to miss out can also purchase it as a separate release for $1.99. These outfits can be worn by the playable character. For those who want to stay up to date with the latest Story of Seasons news, the official website will continue to receive updates with new content.

The new release is the first Story of Seasons title on the Nintendo switch. It is a complete remake of the original with all of the initial characters, plus a few more bonuses coming soon.

The storyline is the same as the original. Mayor Thomas calls the player to their late grandfather’s farm, which has become overgrown with weeds instead of plants. The player decides they want to return the farm to its former glory, while also getting to know the villagers in the nearby town of Mineral Town. After farming and socializing, there are activities such as fishing, mining for ore, or taking a break in the hot springs.

The game was initially released in two versions. The original version only starred a male farmer, while More Friends of Mineral Town starred a female farmer who decides to leave the big city and buy a farm. Once she arrives at the farm, she realizes the advertisement lied, and is now tasked with making it prosperous once again.

Natsume has retained the Harvest Moon series name and is releasing new farming simulation games that are unrelated to the old series. The company recently announced a new title, Harvest Moon: One World, for the Nintendo Switch this Fall.

Story of Seasons: Friends Of Mineral Town launches on the Nintendo Switch on July 14 in North America.

Dec 14, 2020 Lisa Nguyen 3720
XSEED Games and Marvelous have announced additional details for the physical release of Story of Seasons: Pioneers of Olive Town in March. The...

Nov 27, 2020 Lisa Nguyen 4370
Marvelous Games has launched a new overview trailer for the upcoming game Story of Seasons: Pioneers of Olive Town. The game is the first original...

Oct 20, 2020 Lisa Nguyen 5820
Publisher XSEED Games and Marvelous with developer Bullets are preparing for the PC launch of Uppers. The game is an action brawler with multiple...