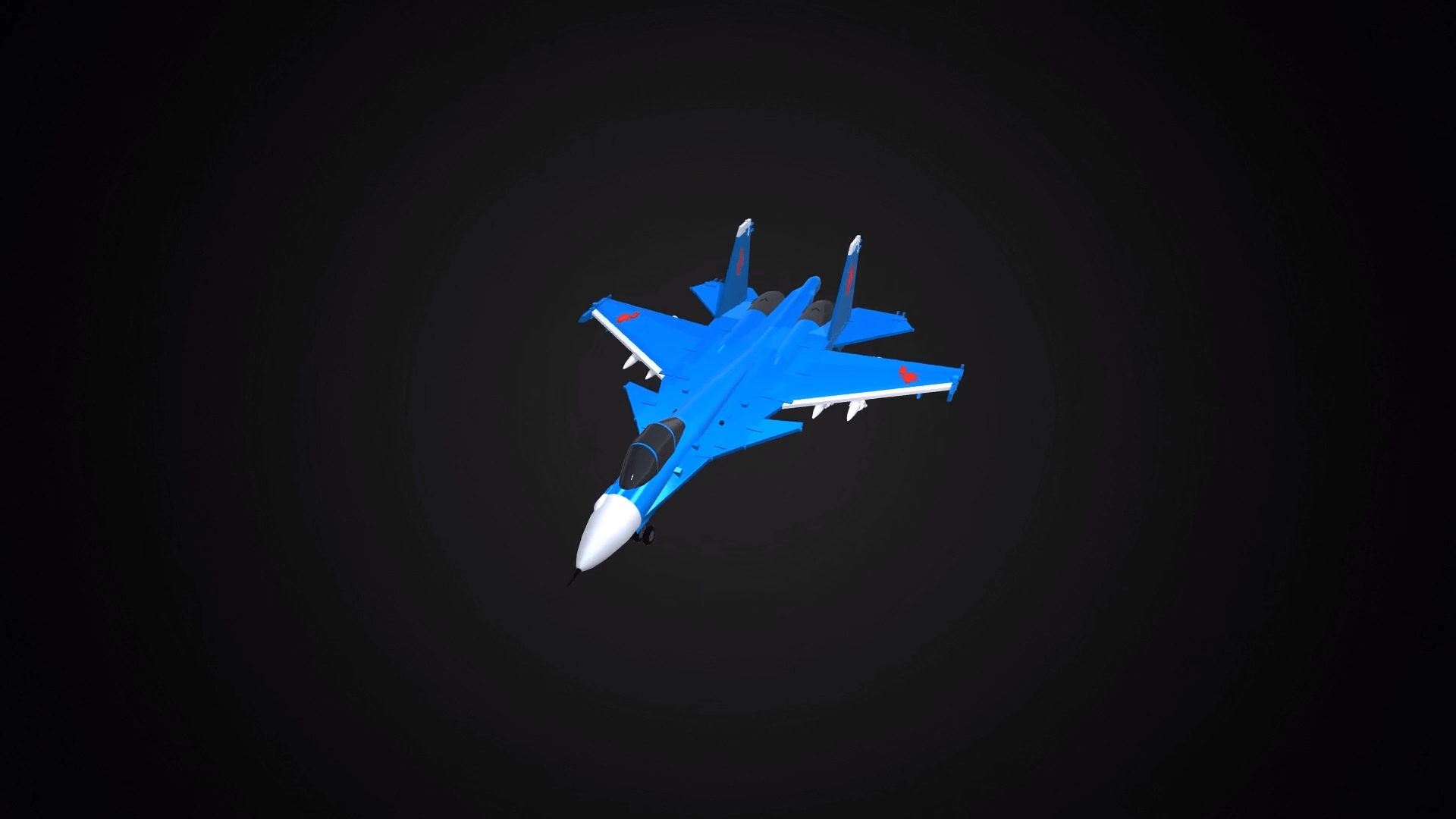 Seems like Valve might be asleep at the wheel today; the game developer for Simple Planes went onto Reddit to announce that there’s a themed sale occurring today that no one knows about.  The reason no one is tracking it is that the Steam platform hasn’t updated its store page as it typically does to announce current ongoing sales.  Not even Steam’s Twitter account, that is typically used to announce sales, offers any insight as to the event this weekend.  Perhaps it’s due to an overlap with the Festival of Rail event that is currently ongoing, or Valve just simply forgot that the event is planned at all.

In lieu of Valve taking the steps to announce the sale, we might as well.  Note that this may not encompass all of the titles that are participating in the sale today; we’re attempting to piecemeal this list together with what Andrew Garrison (developer of Simple Planes) has reported, and what we can find on Steam that reflects the sale.  Currently, we’re tracking 15 different titles that are all on sale for the Builder Game Sale.

SimpleRockets is the sister title to SimplePlanes, and marks the first release of developers Jundroo on Steam.  Inspired by Kerbal Space Project, you slap rocket components together and explore space, launching from any planet you desire.  The universe is persistent, allowing you to craft space stations and moon bases, or even refueling stations for those longer stretches of interstellar travel.

Much like SimpleRockets that offers a brief glance at rocketry, SimplePlanes brings much of the same with a focus on the more inter-atmospheric travel.  Join a bunch of pieces together, and hope it flies long enough to merit a screenshot.  SimplePlanes offers more than 100,000 planes already assembled that you can download at a whim for their website, the title offers anything from jets to helicopters as possibilities.  Both titles have become extremely popular in Japan.

Build a vehicle, arm it with a feisty plethora of weapons, and then go destroy anyone who looks at you sideways.  The environments look decidedly plain, and it’s not a title that will max your monster PC build, but the combat and process of building your vehicles is tremendously satisfying.  The Early Access title may be enough to scare away some, but it bodes well as there could be a wealth of polish still to come.  The vehicle unlocks can be tremendously tedious as you’ll need to rank up to get the vast majority of enjoyable content, but this could turn into a gem.

Build your own trucks as tough as you want, and then drive them into the wild blue yonder as you flip, jump, and crash your way across a sizeable variety of landscapes.  You get your digital hands dirty by manually piecing the trucks together, from suspension to entire engine blocks.  It’s a system that works well enough, although a bit more polish could never hurt.  Racing your friends after you all put together your dream truck can be an absolute blast when everything works.

Recently featured on the Humble Choice, Trailmakers is the easiest to describe as legos with a vehicle theme.  Whatever you want that vehicle to be, you can craft it in an assembly mode that is surprisingly flexible.  It may not be an instant hit with older players, but for families that like to game together, it’s a wonderful way to let younger gamers flex their brainpower in a pretty forgiving sandbox.

Craft your own battle vehicle, and swing for the fences.  It has a far better amount of content and polish that Scraps does, and is free to play.  In the sale, their DLC’s are all marked off by considerable amounts at 50%.  The construction is easy to learn and handle, and the combat and driving are enjoyable enough on their own merits.  It’s recently introduced a Battle Pass system, and it’s turning away a lot of the older players.  Still, if you can grit your teeth through the less favorable parts of the title, you’re bound to have a fantastic time-sink on your hands while you race around dunes and mountains.

Originally released in 2014 by developer Schine, Starmade heralds itself as the ‘ultimate space sandbox’.  It’s still in Early Access, but there is a free demo available if you’d like to dip your proverbial toes in the water before purchasing.  A voxel-based sandbox where you can create your own ships, salvage space stations, defend yourself from pirates, and explore the infinite possibilities of space.  The reviews are all over the place on this, with some holding over a thousand hours and eager for more, and others reporting that the game won’t stop crashing.

Pixel-graphics steampunk title that sees you crafting your own airship, and fighting to conquer your enemies.  Released in 2018 and continuing to review well, the title works well in mixing creativity with functionality, where thinking through your design will reward you well.  You won’t only be fighting other airships, however; monstrous beasts will attempt to bring your ship down as you hunt them in return, and the beasts range from wasps to a gigantic octopus.  As you win fights, you continue to conquer territories within a map, holding claim to large swaths of land.

A massive open world sandbox where you design almost everything, from bases to various vehicles.  Perhaps one of the best-reviewed titles participating in the enigmatic sale, you can traverse the world and scavenge for parts, or purchase them outright.  There could definitely be more PvE content, and the developer Payload Studios has opted to add microtransactions in a single-player title, which never bodes well for fans, the studio, or the title.

Made by the same studio as Space Engineers, many were forlorn to eventually figure that Keen Software simply abandoned this title in lieu of focusing efforts on Space Engineers.  Yet another sandbox game where you can construct the fortifications of your dreams, as long as your dreams are considerably limited to the Dark Ages.  With various siege weaponry, fortifications, and underground mining, it’s a title that can still be a massive hit with friends if you’re playing on your own server.  Just be aware that you’re not getting much in terms of support.

Keen Softwares crowning achievement, building from space down to the individual planets in an attempt to survive in a dangerous galaxy.  If you can make it through the recommended two-hour video tutorial series, you’ll experience a boggling amount of content to explore and play with, from destroyers to small and nimble mining ships, it takes the classic formula of ‘find resources to build more’ and brings it into the next level.  If you find yourself with too much time on your hands, Space Engineers will fix that quickly for you.

You’ll never guess; more building.  Over 1,000 components can be combined any way you deem fit to create vehicles that range from ocean-faring to star-exploring, and near everything in between.  Eight factions are vying for supremacy along with you, so ensure what you’re building is strong enough to take a couple of rockets from whatever ungodly abomination they send you way.  From massive land-faring stalkers to submarines, everything is a battleground in this title.  If their Early Access continues to fare well, this could be a massive hit upon release.

Ever wondered what it would be like to drive a car made out of tissue paper? BeamNG.drive attempts to answer that question with soft-body physics, bringing a surprising amount of realism and depth to a genre plagued by mediocrity.  An open-world driving game with in-depth physics that has allowed users to make helicopters and planes with pre-existing dynamics that were already found in-game.  It can be a bit resource-intensive but is likely the most realistic driving simulator that you’ll experience for a long while.

Craft drones from hundreds of different parts available in-game, and go harvest the galaxy.  Autonomy is feasible, allowing your drones to fly off and do whatever they need to while you build more drones.  It might sound dull, but the drones become wildly impressive with laser beams shooting out of every orifice as you demolish entire planets under your gaze, using a wide variety of tools and weaponry.  With a workshop that brings even more weaponry to your disposal to demolish celestial bodies, it’s a title that both looks and feels great to play. 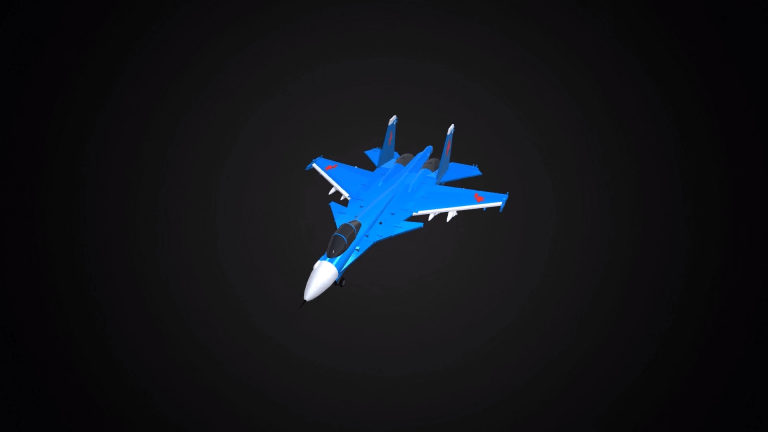 Jan 11, 2020 Chris Miller 7330
Seems like Valve might be asleep at the wheel today; the game developer for Simple Planes went onto Reddit to announce that there's a themed sale...