Players in the tweet’s replies have speculated that there are some hints about who the character is. The silhouette is surrounded by maple leaves and has a familiar silhouette.

As part of the collaboration, Honor of Kings is also adding a Samurai Shodown character into the mobile game. The silhouette is even more difficult to decipher compared to the free DLC character.

The silhouette for our newest DLC character has been revealed! Plus, they'll be completely free to own as a special thanks to our fans out there! We hope you look forward to it! #SNK #SAMSHO #HonorofKings pic.twitter.com/jlQAFKpBmd

Samurai Shodown first debuted in 1993. The newest installment is set one year before the first installment of the game but includes characters from the entire series. The game has been improved with the power of the Unreal Engine 4, high-end visuals and gameplay.

Since Samurai Shodown was released, additional characters were added as DLC, either as part of a Season Pass or to purchase separately. Some have criticized this model, since players have to keep paying for characters that were previously part of the series. SNK has often left out some of the series favorites, such as Gen and Kuroko.

Honor of Kings is available in China on the Android and iOS. Internationally, the game is known as Arena of Valor, is now available on mobile and the Nintendo Switch. Arena of Valor was developed by TiMi Studios and published by Tencent Games. The game features 5 vs. 5 arena gameplay in a MOBA setting.

HONOR OF KINGSARENA OF VALOR 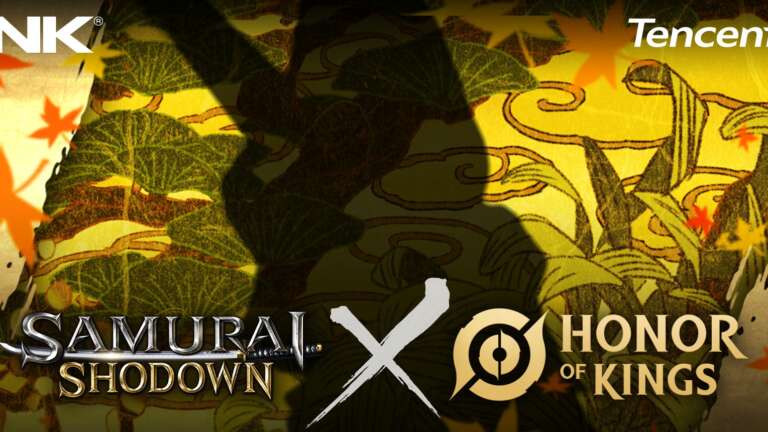