Video games, if you haven’t heard, are making a massive amount of cash for businesses; all but Amazon, but that’s beside the point.

The gaming industry is now larger than music and Hollywood combined, and this isn’t likely going to change drastically as we continue to deal with a pandemic that has long overstayed its welcome.

RELATED: Phantasy Star Online 2 Is Finally Coming To PC, Yet As A Microsoft Store Exclusive

With The Witcher’s arrival to Netflix being met with fantastic fanfare from critics and fans alike (albeit with odd timetables and pacing that confuses even more experienced studies of the Polish series that was adapted) we’re looking at ever more video games being transferred into other media.

Hopefully, this newest trend can reach fruition without the traditional passing of the torch towards Uwe Boll, the notorious director that has dragged multiple video games into unfortunate film romps of bizarre dialogue and outlandish choreography featuring Bloodrayne, Postal, Far Cry, House of the Dead, and a dozen other that are assuredly more interesting to read about than to actually suffer through, unless you find yourself on the more interesting side of sadomasochism.

RELATED: God Of War Director Cory Barlog Was Hinting At God Of War: Ragnarok Back In 2019 On Twitter In A Secret Message

Now, Sega has finally confirmed a long-running rumor that they are entering into Netflix with everyone’s favorite blue blur, Sonic the Hedgehog.

Called Sonic Prime, the original rumor came from 4Chan and it has proven to have merit. Netflix themselves accidentally leaked the animated series arrival in December of 2020, yet the tweet was deleted shortly after publishing.

Yes, it's true! SEGA’s legendary video game icon Sonic the Hedgehog will star in a new 3D animated series from @SEGA, @WildBrainStudio and @ManOfActionEnt premiering on Netflix in 2022. pic.twitter.com/ydJto8c8i8

Obviously, this isn’t the first time that the Sonic franchise has entered into various mediums aside from video games – the recent Sonic film did well after thankfully redesigning the blue blur, and Sonic cartoons have been a staple since the 90s with kitschy voice acting and plot lines that make the original G.I. Joes cartoons look like they have compelling character arcs.

Still, Sonic is easily recognized and hasn’t been dragged through the mud, video-wise, to the same extent as, per see, the Super Mario Bros – Sega has kept the Sonic franchise to only underwhelming with video games, thankfully.

So now we’re looking at 2022 for a Netflix arrival of the blue blur, presuming that the additional issues that pandemics tend to bring are easily circumnavigated by the studios behind the animated series.

Sonic is expected to carry over specific aspects from the recently released film, with the recasting of Sonic himself towards Ben Shwartz, but this hasn’t been confirmed. All we have currently is the title and a rough date that we should expect the hedgehog himself to arrive.

Sep 23, 2022 Tom Lee 910
Capcom employees have stated that the "Shadows of Rose" downloadable content for Resident Evil: Village was developed by taking the spotlight off of... 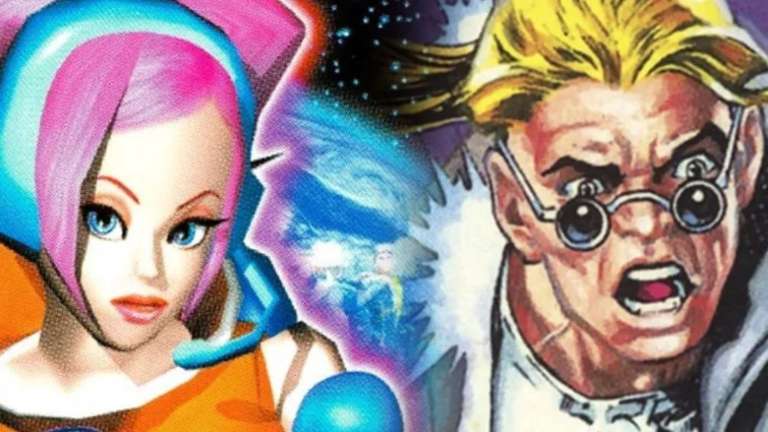 Space Channel 5, The Most Recent Game To Movie Adaptation From Sega And Picturestart, Is Now A Part Of The Comix Zone Family

Aug 21, 2022 Tom Lee 3980
According to a report from The Hollywood Reporter, Sega will collaborate with Picturestart to adapt these two works. The comedy-drama Cha Cha Smooth,...

May 7, 2021 Joshua Goodpastor 3460
Sega has announced that Lost Judgement is coming to the PS5 and PS4 in September of this year. This is part of their Judgement Day reveal, and the...