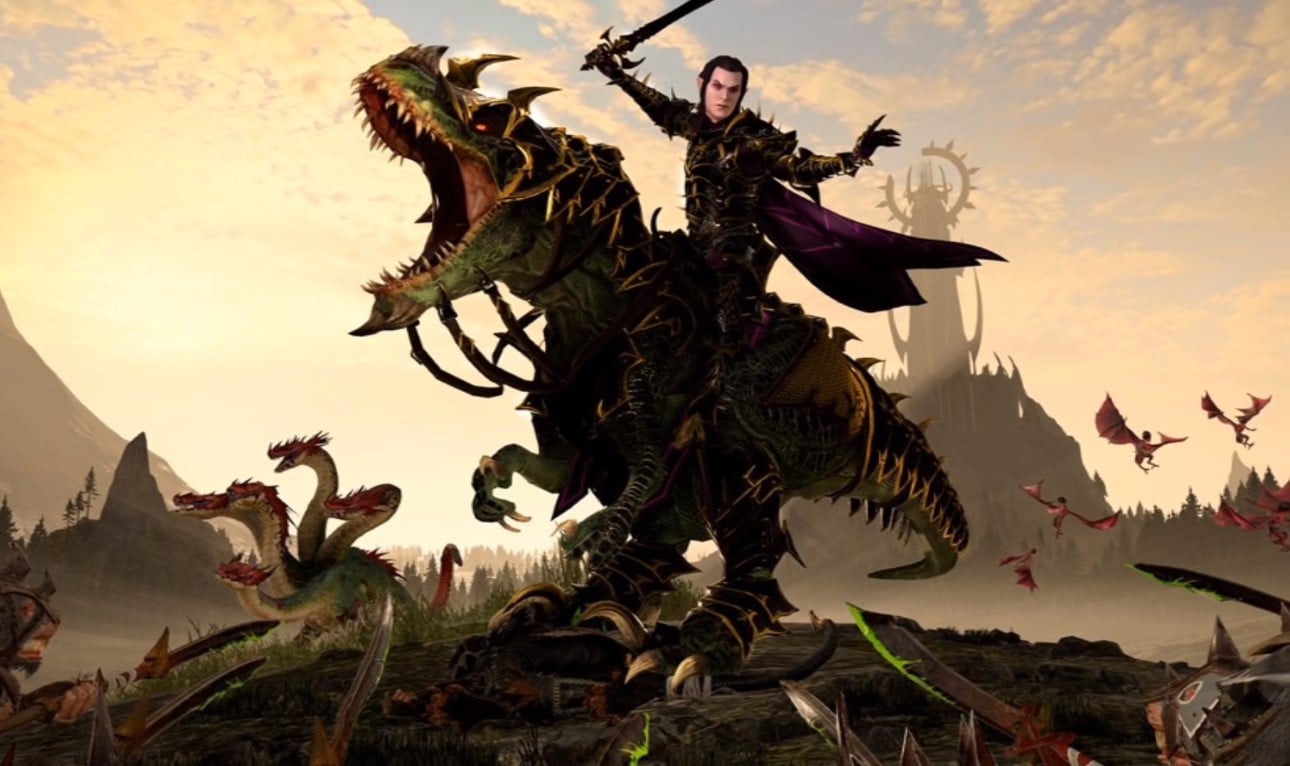 Creative Assembly is taking hype-building to a new level with its succession of teasers for something big in the Warhammer universe, with most of the community believing it’s a trailer for the 2021 release of Total War: Warhammer 3, the third and final installment in the trilogy. The trailer will be released on Thursday.

Why do so many people hope that it’s Warhammer 3? Well, everyone wants the game to come out soon, so that’s probably half the reason. But there are also some other things that suggest whatever’s next for Warhammer is a little bigger than just another DLC.

RELATED: Overwatch Removes Noose Spray From McCree As Developers Inspect Their Titles Due To Social Upheaval

To understand what’s happening, you need to get your head around a little bit of lore. The first teaser released on Friday, under the title “Azyr Rises…” represented Khorne, the Blood God. Today’s teaser – “Heed the Heavens” represents Tzeentch, the Chaos God of Change.

It’s likely the next two teasers, tomorrow and Wednesday will feature the other two Chaos gods – Slaanesh and Nurgle. Slaanesh is the “Prince of Pleasure” or God of Excess, and Nurgle is otherwise known as the “Lord of the Decay.”

If this is the case – and the teasers represent four Chaos gods – then whatever is arriving on Thursday will either be a new DLC for Warhammer 2 or provide the narrative for the final installment of the series, where Chaos will be split into four factions. A trailer for Warhammer 3 might arrive on Thursday.

Alternatively, the following two teasers (to match the CA tendency to release trailers on Thursday) might show off other factions that are present in the upcoming game. Speculation that it will be the next two Chaos gods, however.

Another reason why this is more than just a DLC is that this pattern of teasers doesn’t match anything else released for Total War: Warhammer 2. This is something big, bigger than any DLC release.

Creative Assembly might just be winding everyone up, but with the release of Warhammer 3 slated for 2021, this seems like the most likely option.

The community has been hoping for more news about the next Warhammer game, and Creative Assembly has been very quiet. Warhammer 2 may have already released its final DLCs, however, and the company is moving on to the next stage after a difficult 2020 for game development.

RELATED: Disaster Report 4 Will Be Released To North American Audiences Early Next Year Thanks To Granzella

To stay tuned with the news – or to eagerly await the next teasers – you can check out the official Total War Twitter page where the teasers are posted first.

Aug 28, 2022 Tom Lee 1250
Due to the success of its predecessor, the Mortal Empires campaign for Total War: Warhammer 2, as well as the fact that Warhammer 3's Realm of Chaos...