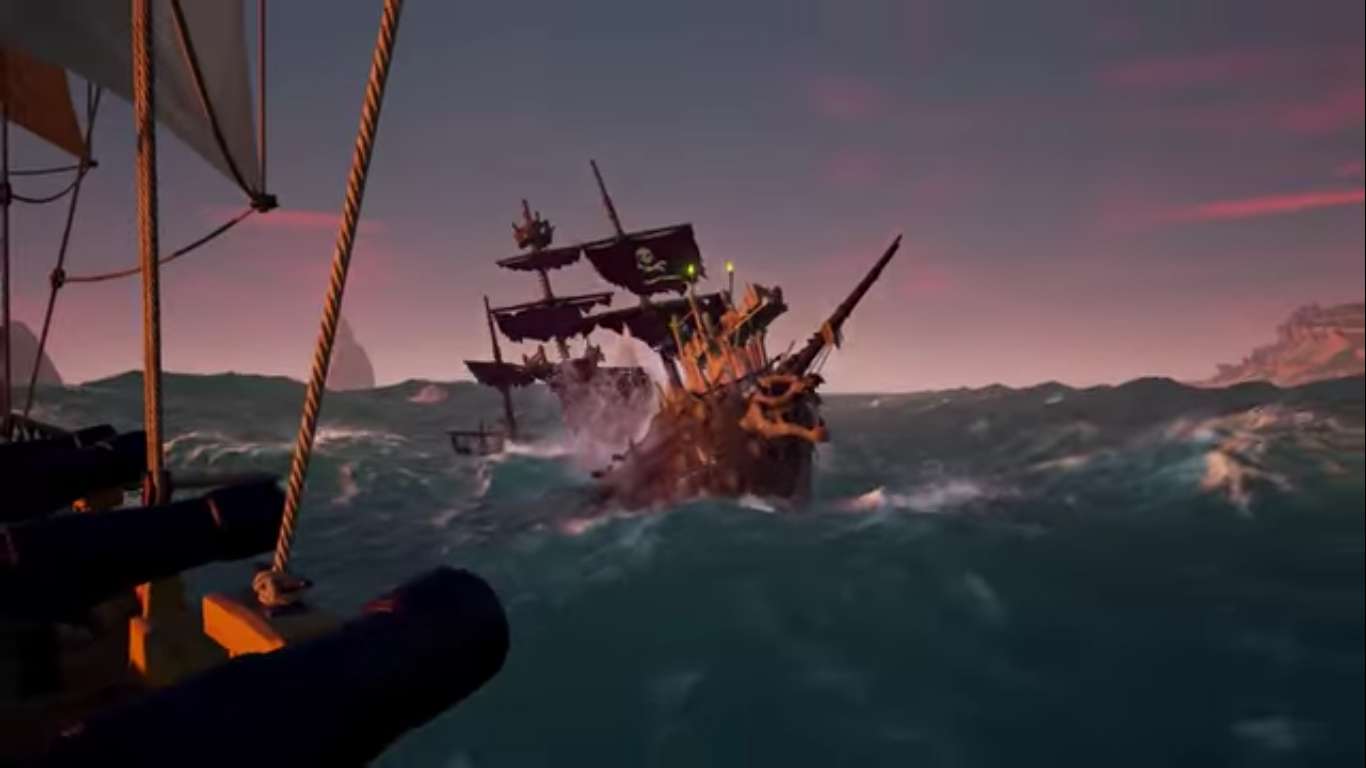 The next in the free monthly content patches will arrive November 20 for Sea of Thieves. It brings a new Tall Tale, new commendations for The Arena, some new loot, and explosive cannonballs. Microsoft announced the patch at X019 alongside a new announcement trailer.

The trailer wants to bring the heat to Sea of Thieves before showing the utter devastation that these new explosives are capable of. With great firepower comes great responsibility, so make sure to keep your cool when you encounter something that requires a more explosive touch.

The new Tall Tale mission has been described as “lore-focused” and lets you join Captain Pendragon as you explore the mysteries of the spectral Ashen Dragon ship. This ship has been called a new “sinister threat” to all who call the ocean home.

If you are not familiar with the Tall Tales in Sea of Thieves, they can best be described as story-heavy experiences. They often feature puzzle-solving elements that can stump adventurers for hours. You must seek out items and, if found, can be awarded over 3000 gold for each mission.

Tall Tales were added with the Anniversary update. There is a ton to explore from pirate lords, underwater puzzles, and ghosts aplenty. Each mission can take up to a couple of hours to finish, so make sure you prepare accordingly for the voyage ahead.

The Seabound Soul expansion will add some new cosmetics and commendation to the game’s competitive Arena mode. This mode was also added during the Anniversary update, and it is a strictly-competitive mode that can be accessed via the main menu. It pits pirates against each other in a competition to sink the other ships and dig up the most chests.

Kill your opponents, land cannonball shots, sink ships, and grab treasure to win. Make sure you bring a full crew for a chance at pirate glory. Sea of Thieves has really grown since its initial launch, and fans are streaming back to check out the new content. As the game continues to evolve and progress, it is unknown what mark the game will make on the gaming community.

You can play Sea of Thieves on Xbox One and PC. It is available as part of the Xbox Game pass if you do not want to pay for a full version of the game. This is a nautical must-have for any pirate fans, but be warned as it does require a team to operate the larger ships.

Microsoft's Phil Spencer Says A Final Fantasy 14 Port Is Coming To Xbox One Eventually, The Port Is Having Issues With Crossplay