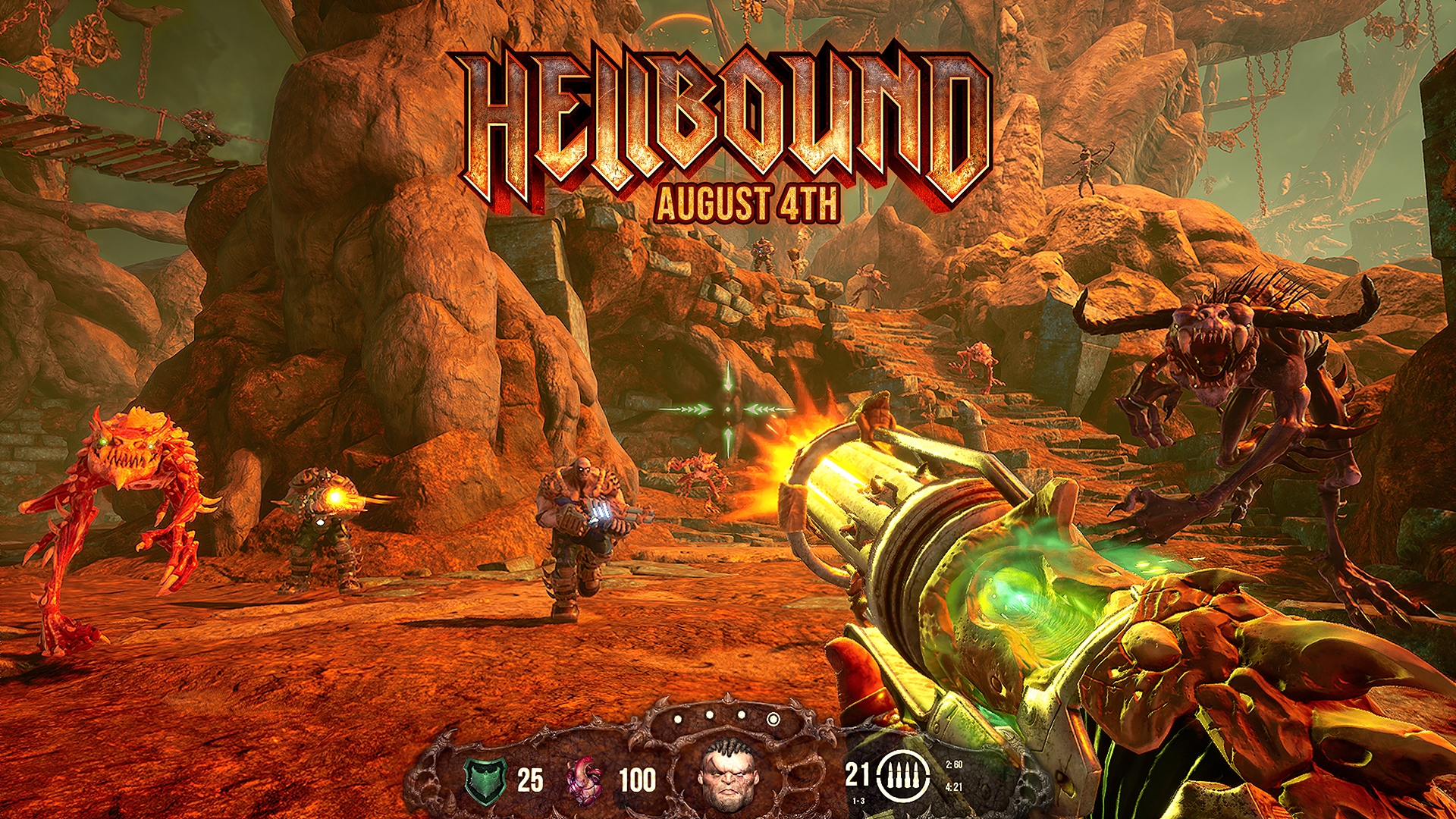 Developer Saibot Studios successfully funded Hellbound in June 2018. The project was able to reach its goal thanks to its 90s FPS inspired gameplay and graphics. The game has been in development for the past two years and will soon tomorrow, August 4, on Steam.

The developer celebrates the upcoming release with a new gameplay trailer featuring the Campaign Mode with raw gameplay. In the trailer, the player travels through The Heroes’ Cemetery. The protagonist runs down a circular staircase while blasting through various enemies. There are also a variety of weapons, from shotguns to blunt objects. There are over six minutes of gameplay to check out. The Steam page also has new screenshots showcasing the world of Hellbound.

In Hellbound, players take on the role of Hellgore, a “hulking brute” voiced by Artie Widgery. The game transports players to Hell, which was once a sacred place but is now home to unspeakable horrors.

The game has been playable for around two years as Hellbound: Survival Mode on Steam. Players who tried out the demo gave their feedback for the game, which the developer has used to help create the full-fledged Campaign. The demo is still available on Steam for anyone who wants to test out the game before buying the full version in August.

Hellbound will have around seven Campaign levels and four Survival arenas. The game wants gamers to move as fast as possible and take down any demons standing in their way.

In total, there are five heavy weapons, three power-ups, plus other secrets waiting for players to uncover. Pairing weapons with power-ups will increase damage, but players can play how they want.

The soundtrack was provided by David Levill, with invited artists Federico Ágreda “Zardonic” and Christian Fernando Perucchi. Levill provided many of the sound effects, which are available to preview on the Hellbound Soundcloud account. They include lava fluids, primary and secondary attacks of the triple shotgun, and power-ups.

Hellbound: Survival Mode has been available on Steam for two years, and the response from old school shooter fans has been incredible! We’ve learned a lot since the demo’s release, and have fueled that into the creation of a full-fledged campaign that will test players’ mettle as they carve their way through demons as fast as they can! Speed is the name of the game in Hellbound.

In June, over 50,000 gamers have wishlisted the game on Steam. The developer took part in the Steam Game Festival, which led to Hellbound being featured on Steam’s front page.

Hellbound launches on August 4 for PC via Steam.

State Of Play Scheduled For Thursday, Sony Says It Won't Include Any Big PS5 News 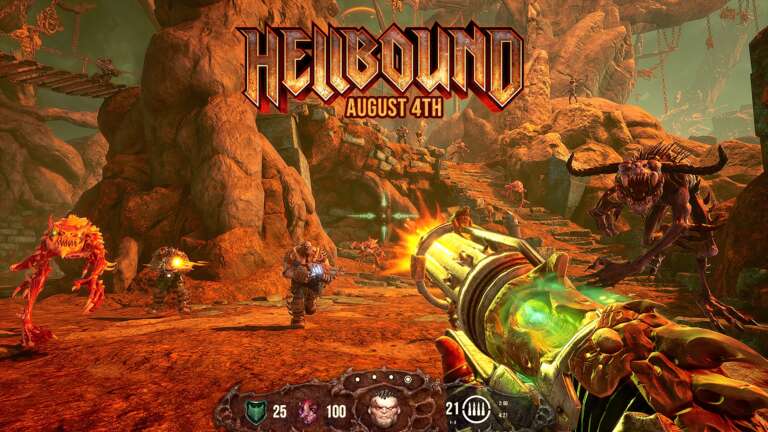 Aug 3, 2020 Lisa Nguyen 7690
Developer Saibot Studios successfully funded Hellbound in June 2018. The project was able to reach its goal thanks to its 90s FPS inspired gameplay... 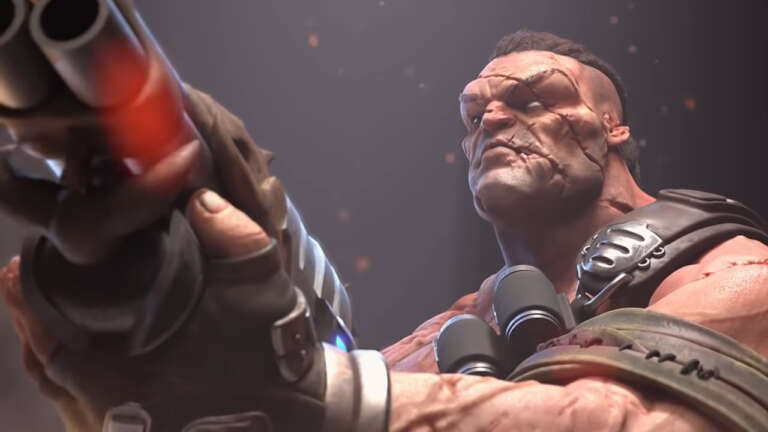 Jul 27, 2020 Harry Alston 11100
Developed in Argentina and something straight out of the 1990s, Hellbound is a fast-paced gruesome shooter that balances action and heavy metal music...