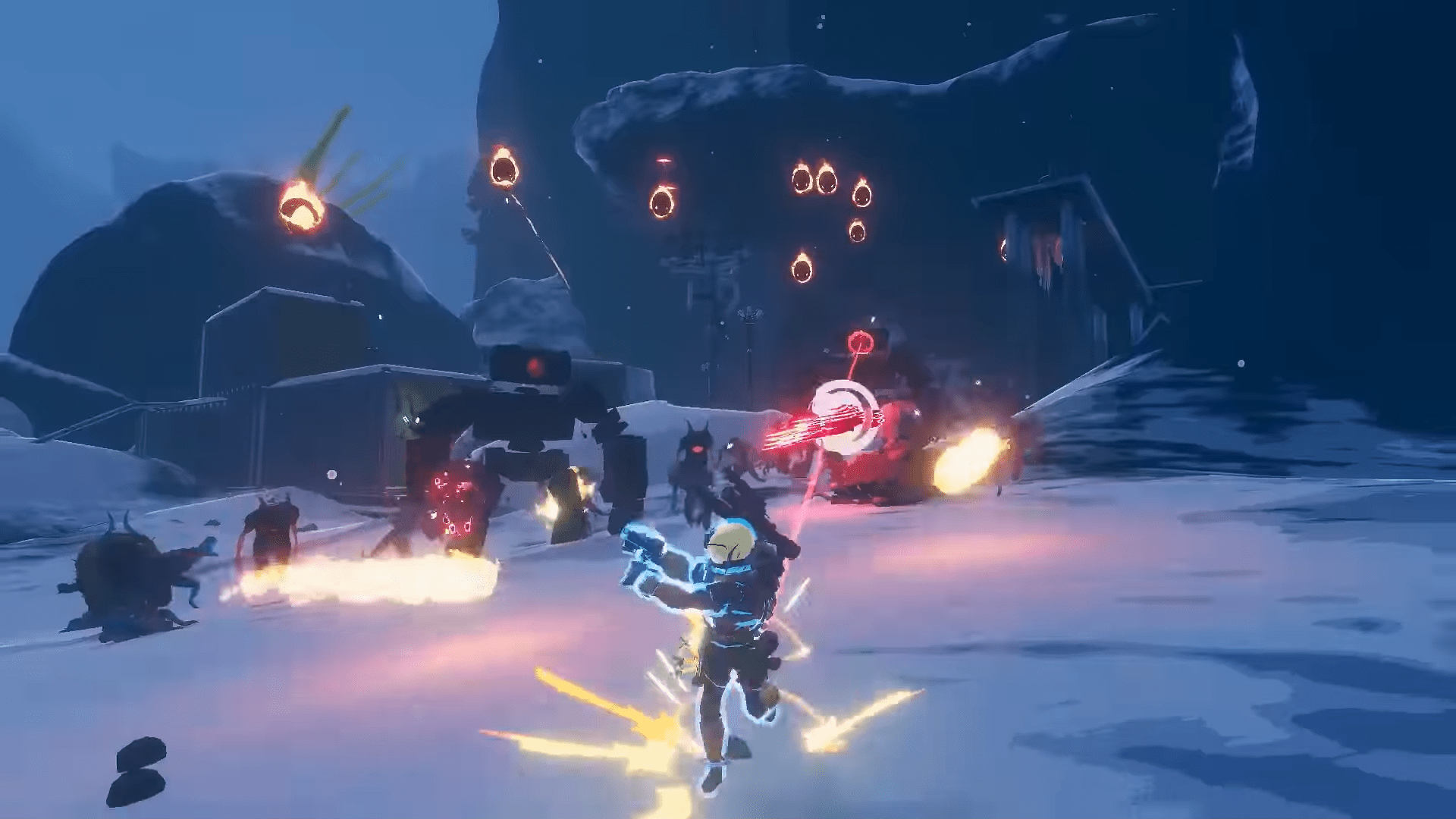 Risk of Rain was a bit hit and miss for some, with the enemies AI frankly needing a bit of an overhaul beyond moving towards the player.  It did well enough, in spite of this, to merit a sequel with an entirely new dimension.  Risk of Rain 2 is fully 3d, bringing a quasi-roguelike feel towards powering up your hero and blasting aliens.  Developed by Hopoo Games and published by Gearbox, Risk of Rain 2 is still solidly in the Early Access program on the Steam platform, yet is eagerly taking advantage of their found community support, hoisting massive updates onto the platform for everyone to experience.

Even in its current state of Early Access, there are magnitudes of areas to explore, heroes to try out, and buffs to collect.  Perhaps the amount of content already there is what has brought the title to a surprisingly solid 96% recommendation rate on Steam, with over 37,000 reviews archived thus far since its release on March 28, 2019.  This year has brought us not only the initial launch, but the Scorched Earth update, Skills 2.0 update, and now the Hidden Realms update.  The newest update brings a massive slew of content that fans have begun to expect from Hopoo Games.

The Hidden Realms Update has arrived on PC! The third content update for Risk of Rain 2 is available now to everyone in Early Access on PC!

There’s now a dedicated server tool, allowing you to run a server with the rulesets that you and your friends find most attractive.  It’s very much an Alpha version of the tool, and as such, you can expect a bit of a headache as you work through the process; the end result, however, is absurdly worth it.

If you have a history in setting up dedicated servers for your friends in the past, perhaps in Minecraft or Ark: Survival Evolved, it should be easy enough for you to tinker with and get running.  Remember to push those bug reports to the developer as you dig into it!

A new survivor has been brought to the fray as well, by the name of Acrid.  Acrid prefers to get up close and personal to melt his enemies with rapid DOT’s (damage over time’s) that can bypass a lot of the armor experienced in longer runs.  Acrid does need to be unlocked, however, through play.  As the other characters, progressing through the worlds in a certain manner will result in new characters, and the most recent release is no different.

Stage variants have also been added.  Modified versions of the worlds that by now many have been gotten used to now have multiple layouts.  This could bring the title to a more roguelike feel, as the consistent worlds have gotten stale to some players.

The first stages that characters will land on are the alleged ‘testing grounds’ for this new level modification, as Hopoo stated that they’re the levels that are likely to be seen the most.  Assuming that this system works as intended, we’re likely to see a much larger rollout affecting all maps.

Beyond these large-scale changes, many smaller additions have been made as well.  Nine new pieces of equipment, two new hidden realms, three skill variants (REX, Loader, and Acrid), one new monster and new boss, a new secret boss, adaptive chests, overgrown 3d printers, Cleansing Pool, and an emergency drone.  What all of the listed additions do, how they function, and what they look like has not been discussed in the patch notes, leaving heroes to go and discover them themselves.

Coupling this sizeable update with a staggeringly long list of balance changes for almost everything, it’s once again time to drop in Risk of Rain 2.

Dec 15, 2020 Chris Miller 11410
It seems like such an obvious statement that is somehow still missed by hundreds of game developers time and again. Roadmaps are a planned...

Oct 20, 2020 Chris Miller 10880
Console friends, today is a day that you should mark as being appropriate for celebration as you spend far too much time playing video games: Risk Of...