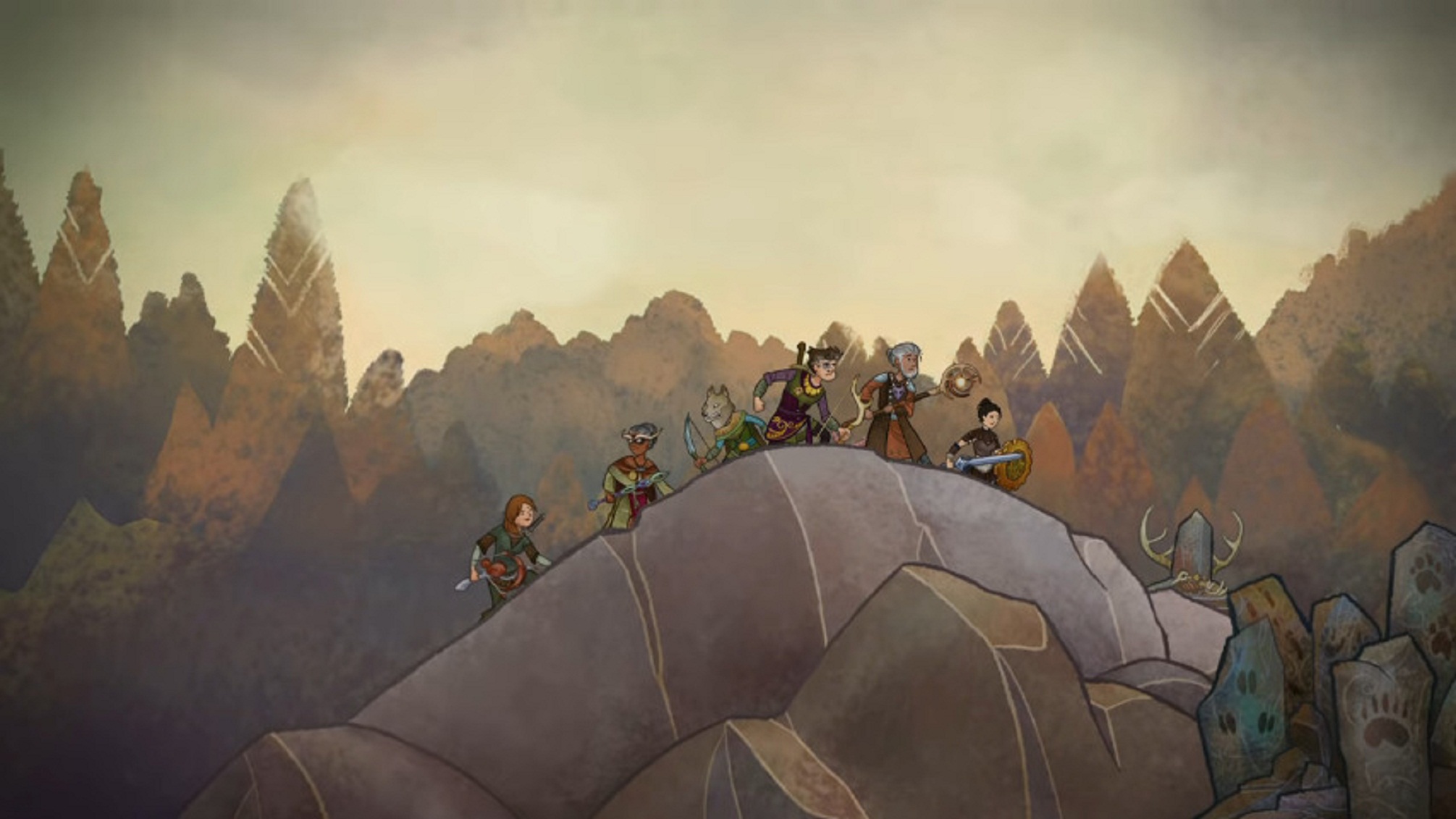 Typically, procedurally created worlds are used for dungeon crawlers and Roguelikes. Moreover, there’s always been the need to apply the design essence into another genre. Like Wildermyth, players are immersed in a procedurally generated RPG, characters, story, and the entire thing.

This game comes with a lot of promises; however, it’s still early access, so it’s not easy to tell if it was a worthy experiment or not, or whether it could inspire future games or the early stages of a masterpiece being crafted.

The story of Wildermyth starts with three young farmers who answer the call of destiny when enemy forces attack their village. As with every typical fantasy, one becomes a strong warrior, one an agile, and one becomes a mystical warlock.

Every playable character in Wildermyth is endued with attributes, starting from the three heroes, any children they might have, allies they meet along their quest, and many more. However, their leading personality is shown by a combination of two for each character. Like a bookish peacemaker, a cowardly poet, and a hotheaded leader. Those personality mixes then get embedded into the sceneries of the story.

The gameplay is a standard tactical RPG where a crew of heroes in different corners of the overland map, precipitate custom events encounters and initiate grid-based combat. The game is presented in a paper-doll-like view, which is engaging and easy to swap out assets (characters, weapons, and more).

Another feat about the game is the conversation between heroes. During gameplay, they ask each other conflicting questions, like ‘what they would have done if they weren’t called to action and fate.’ In essence, the conversation is pretty basic in the sense that one hero is unfocused, longing to a moderate life, and they also about their inner hopes and dreams. However, those aspirations are relative to a particular character/personality. Like the bookish peacemaker would love to be under the tutelage of a mysterious witch. The hotheaded leader yearns to be on a constant battle, as he can’t fathom a life without fighting. The cowardly poet wants nothing more than a cozy house where the writings can be kept.

However, Wildermyth still has a lot of unrealized potential. The real juice of the story happens in unexpected combinations. Two friends fight evil as companions; however, one falls in love with their friend’s child. Another is an eccentric prankster disappointed when enemy monsters suddenly kill their rival. While these powerful stories happen naturally, there currently aren’t enough factors to make the story more compelling. Currently, there are more similarities than differences.

However, soon, it’s likely to change because, first, Wildermyth is still in Early Access, and it’s obvious they are ambitious plans. For instance, there are placeholders located on the menu for future campaigns, and other of the design choices make one believe there still would be more features in the future.

Another visible one is the fact that every character is specified as ‘human.’ This means there would be categories of other entities soon. Also, from the way, the dev team implemented the evil factions’ gives room for others in upcoming updates.

One of the tough things to grapple within the game is ‘modding.’ The tools available can be a bit difficult to use unless you have some background in game design. However, there are helpful guides for use both in the game and online.

Aug 11, 2022 Michael Gunn 110
Elden Ring appeared on Xbox Cloud Gaming as part of Xbox Game Pass for some customers, according to Microsoft, but it was only a glitch that has been...

Aug 11, 2022 Michael Gunn 160
After four years, information about Call of Duty: Black Ops 4's canceled campaign has surfaced. This game is the only one in the series without a...