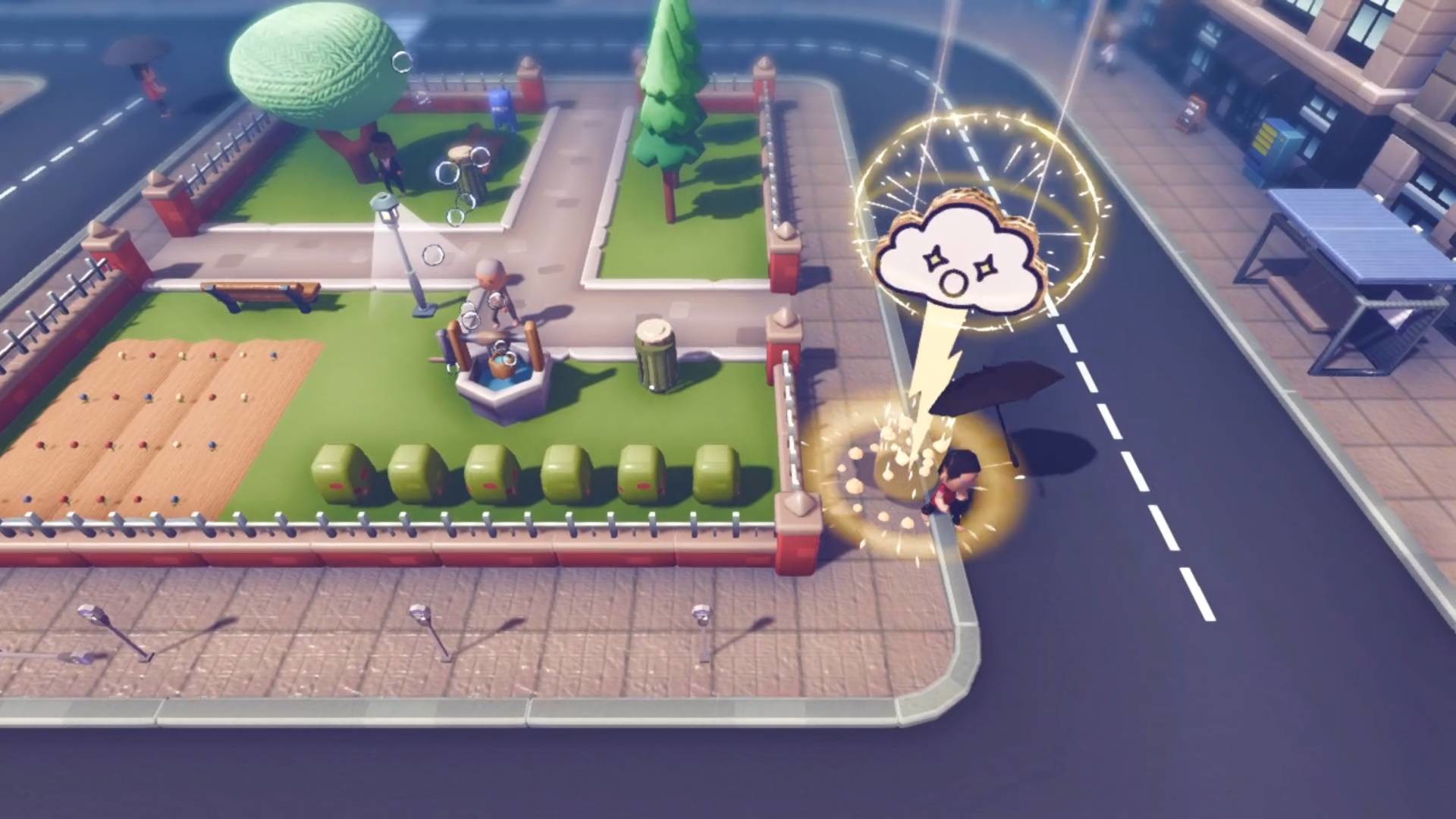 A demo was released earlier in the year of a strange-looking cloud game that came raining upon everyone’s day. Rain on Your Parade is planned to release on PC, Nintendo Switch and Xbox One, but so far there is no release date. The developers say that the game is planned for 2021, but it is unknown exactly when that will be.

As for the game itself, players will get to control cloud whose goal is to cause trouble. Rain on people’s parties, destroy environments and become a cloud of chaos and mayhem. Each level is set with a unique goal, and players will use their unique cloud abilities to accomplish the goal.

Become a cloud and rain on everyone’s parade as you set upon an innocent town and cause some chaos. Unlock new abilities as you travel from level to level each set with its own objective. Become a cloud of chaos and complete each level with your own unique style.

This is a game of slapstick comedy where you must achieve unique goals as a cloud. Tra el across the world and invent new ways to cause chaos and mayhem. It is your job to turn a cloudy day into a sunny one, or a dry day into a wet one. Cause choas across multiple strange levels.

As you progress through the title you will slowly learn new abilities. Use your powers to scare people, set things on fire, suck things up, and rain explosions upon the entire world.

This game features a cloud with over 40 levels to destroy. Travel from cities to farms and much more. You can draw unique faces upon your cloud, choose its accessory, and return back into the world where you can encounter a unique silly soundtrack of slapstick humor.

This game harnesses comedy, so players need a sense of humor going in. The title is already allowing people to download a free prologue on Steam. This will give a taste of the action to come, without fully committing to a new title.

This title will release in 2021 for Xbox One, Nintendo Switch, and PC. Rain on Your Parade is set to fly above the competition and conquer the land as a strange and wild little cloud.

Interested fans are invited to check out the game’s Steam page and website. There is sure to be tons of extra information hidden right below the surface of this strange title.

RAIN ON YOUR PARADE

Jun 10, 2021 Joshua Goodpastor 1820
Popular dungeon-crawler ARPG Sword of the Necromancer is launching a new DLC later this month. The game was published by Tesura Games and developed...

Jun 10, 2021 Joshua Goodpastor 1480
After humanity has fallen, the Earth is left with only massive landscapes that act as a playground for those who are left. Naturally, these have...