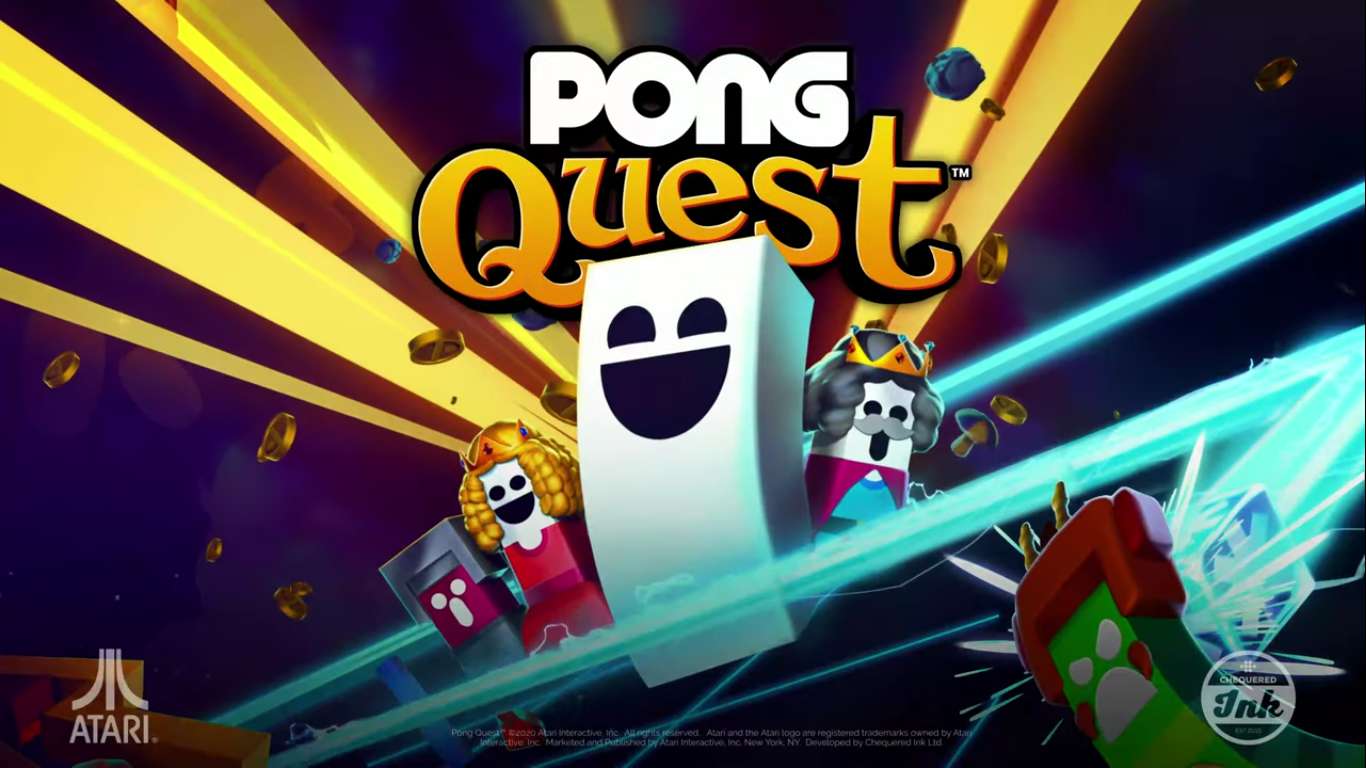 Atari has upgraded the classic ball and palet game with new features, a questline, and more. Pong Quest has “humanized paddles,” which can be dressed up with cosmetics and additional loot acquired in-game. This new interaction of the classic Pong that fans love is more than just a smartphone adaptation; it is a fully-realized adventure for the fans of Pong.

The game is full of cosmetics, loot, dungeons, and most likely lore as to the world of Pong. There will be 50 types of balls with 50 different abilities resulting in a much more stimulating game than the classic experience. Dungeons are based on popular classic titles resulting in a familiar yet new reality of Atari worlds.

The game looks like a nostalgic distraction perfect for mobile fans who loved the classic title. Although it is a reinvention of the original game, it still retains much of the desired ball and paddle action that made the original so addictive.

Pong Quest acts as Atari’s most recent re-release of a classic title showing that the old school company is ready for some new school action. There is still information flowing in about this title as it is only recently has been released.

The game’s mix of classic Pong action alongside RPG genre expectations creates a unique mix for the franchise. You play as a paddle person, a human in the shape of a classic Pong paddle, who must battle other paddle people in the noble sport of Pong. Cosmetics let you personalize this paddle person, but brings up interesting questions about the world these paddle people live in.

New stages present new attacks and new balls changing the action from the classic expectation to a new challenging version. Each world has dungeons, and if you do encounter an enemy, you, naturally, battle them in Pong.

Atari is not alone in trying to reinvent old titles as Bandai Namco has successfully done so with their classics. Massive success has been seen with Pac-Man Championship Edition DX, and even Bejeweled was above to reinvent itself for the mobile audience.

The early trailer and videos of Pong Quest look rough in design, but many are expectant that the final release will fair better than the trailer shows. No release date has been given to this title as of yet other then an ominous promise of sometime in the Spring or Winter if you reside in Australia.