With the announcement by Nintendo of America that they will be hosting a live-streamed Pokemon Direct presentation for upcoming games Pokemon Sword and Shield, fans everywhere are speculating just what they will be revealing in this update. The Direct is scheduled for June 5 at 6 a.m. PT according to their tweet, and precedes the upcoming Nintendo 2019 E3 direct on June 11th.

Fans have been highly anticipating more news for the newest games in the long-standing franchise. Nintendo has been very hush-hush about the details surrounding the titles thus far, but no one is exactly certain what will be revealed during this upcoming direct. So far, Nintendo has revealed the appearances and names of the three starter Pokemon, and the name of the region that comprises the game’s setting.

The Pokémon Direct is one day away! Tune in tomorrow at 6 a.m. PT for roughly 15 minutes of new information on #PokemonSwordShield for #NintendoSwitch.https://t.co/d1Xx3bUMG0 pic.twitter.com/h3pfWgEHAL

So what exactly is expected to be revealed at this direct? Since the announcement of the game only revealed basic details about the region and starters of the new game, it is likely this announcement will go into greater detail about the game’s mechanics, and maybe even reveal some region exclusive pokemon. Fans are excited for a potential reveal of both the box-art and legendary pokemon for the games. This also means it is likely Nintendo’s E3 presentation will focus more on their other titles coming out this year.

Part of the fun in upcoming game announcements is the speculation that follows. With a fanbase as large as Pokemon’s, it is unsurprising that fans are divided on what exactly they wish to see in the new games. Some of the reoccurring wishes are:

Get me off of those tropical islands! Some fans of the series complained that Sun and Moon had a less than diverse set of locations, and are hoping that the Galar region hosts a wider variety. Since the region is most likely based off of Great Britain, Nintendo has the perfect opportunity to do this. Great Britain hosts different geographical locations such as sprawling mountains and hills, picturesque moors and pastureland, and lovely coastal regions alongside rivers and lakes. These could be wonderfully translated into unique and diverse regions in a pokemon game and could host a plethora of interesting pokemon.

Alolan forms were a wonderful concept, and a cool new introduction to revitalize a long-standing series. Unfortunately, Sun and Moon only included 18 Alolan forms in the games, with all of them being based on Generation I pokemon. Talk about Gen I pandering! Only 81 new pokemon were introduced in total, which is comparable to the number of pokemon released in X and Y. Pokemon Diamond and Pearl, however, outdid themselves with a whopping 107 new pokemon being introduced. Alongside old favorites, fans are always excited to see what new and fantastical creatures the Nintendo team can come up with.

While it is arguably not the main draw to the series, Pokemon games are beloved for their single-player storylines. Some games did this exceptionally well, with Pokemon Black and White being hailed as a wonderful game from a writing and plot perspective. However, many fans are concerned that storylines are becoming more watered down as the series continues to attempt to appeal to its younger consumers.

With Sun and Moon, many bemoaned the exceptionally long and less than interesting exposition, especially since said exposition often doubled as a tutorial for the more underwhelming mechanics and features of the game. Part of the appeal of the Pokemon main series is learning by doing, so hopefully, Sword and Shield will turn the players loose in the wonderful world of Pokemon sooner rather than later.

So that’s it for the list of hopes for Pokemon Sword and Shield! Hopefully, everyone can agree on one point – please Nintendo for the love of Arceus don’t make Scorbunny another Fire/Fighting-type!

Oct 6, 2022 Tom Lee 120
Overwatch 2's debut has been a complete disaster, and the new character pages are only one example of the widespread dissatisfaction with Blizzard's... 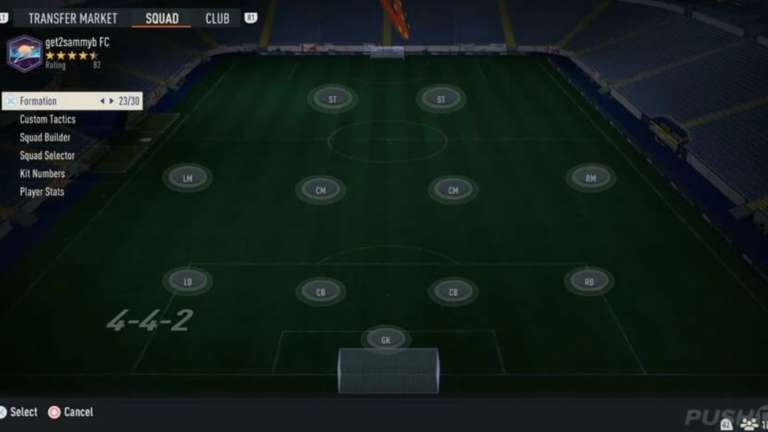 Oct 6, 2022 Tom Lee 150
Soccer clubs can utilize various formations, each tailored to the club's specific set of players and the coaches' preferred methods of play. With...