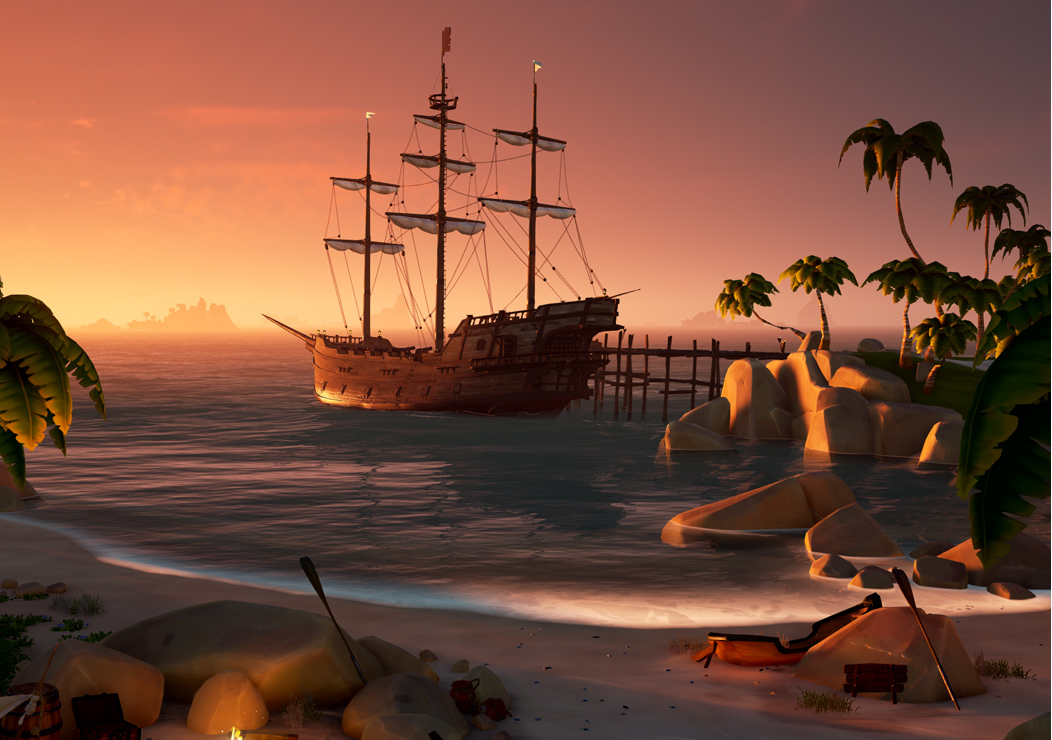 Surprisingly, harpoons were really useful during the playtest for Sea of Thieves. The testers made use of it to pull their respective ships up to the mountainsides.

The funny thing is the harpoon testing ended up in a side-splitting, Spider-Man-like set-up.

Fans of Sea of Thieves can’t hold their anticipation for the upcoming April 30 release of the game’s anniversary update. The said update will be bringing a novel campaign which will be story-driven.

Aside from this, the update will also add Arena, a new PvP game mode, and activities like cooking and fishing. Harpoons will also be introduced, and these can be used by players to tether their ships to other sea vessels.

Harpoons can also be used to bring barrels to the water and hook it to islands and rocks. And during sailing, it can help sailors make sharper and smoother turns.

In a behind-the-scenes video, fans learned that Insiders of Sea of Thieves tested the new expansion before its actual release. These insiders are actually players who agreed to play during the testing.

They reportedly used the harpoon maneuvers more than developer’s planned. They made another Spider-Man out of their own galleons.

According to the game’s senior designer Shelley Preston, players were happy harpooning into rocks. And because they hadn’t got the physics and the weight stuff figured, the player can winch the ships into rocks. This is unintended, explained Preston.

Stuart Milne, the game’s senior engineer, said that Insiders were able to climb even the highest mountains in the world. From their galleon, they start with the harpooning maneuver, and the next you know, they’re high above the mountains.

Fortunately, they were able to fix this now.

On separate but related news, five days ago, the developers announced that Sea of Thieves will be on sale. Next week, there will be 50% off on the game’s original price. Fans and gamers are more than delighted to grab this offer. For them, it would be the perfect time to bask and take the plunge.

It will be available on the Microsoft Store for only $30 or £25. The offer is valid for more than a week.

For those who aren’t convinced to buy the game, reviews are available to aid in decision-making.

The Sea of Thieves’ anniversary update will be due soon, on April 30, to be exact. This means that fans have only a couple of days to wait.