NieR Replicant ver. 1.22474487139’s protagonist Nier, is joining Good Smile Company’s Nendoroid line. The figure is being released near the release of the game this April.

Nier is packaged with two interchangeable faceplates. The first expression is a standard face, while the second face is a more determined combat expression. The character also comes with additional parts to pose in different ads, plus hands to hold his weapons.

The Nendoroid comes with optional parts as well. They include the Grimore Weiss, which can open and close, Kusanagi, Beastcurse, and Dark Lance. Nier can be posed to hold up his weapons in various ways to replicate battle poses from the game.

The figure is also packaged with a clear base to help Nier stand. The figure cannot stand on its own. In addition to a stand for Nier, he comes with a stand for his Grimore. The Grimore can float beside him, similar to the game.

RELATED: The New Mortal Kombat Movie Gets A Release Date And A New Take On The Classic Logo

SQUARE ENIX presents a Nendoroid of Nier from "NieR Replicant ver. 1.22474487139…"! He comes with the Grimoire Weiss, Kusanagi and Beastcurse so you can recreate action-packed scenes from the game!

NieR Replicant ver. 1.22474487139 is an upgrade of NieR Replicant, which was previously only launched in Japan. The title will have a modern upgrade. The series’ producer doesn’t consider the title is a remake, but an updated version and was created to celebrate the series’ 10th anniversary. The team working on the game includes Yoko Taro as director, composer Keiichi Okabe, and producer Yosuke Saito.

The title stars Nier, a young man living in a remote village. His sister, Yonah, has fallen ill to the Black Scrawl. With the Grimoire Weiss, a mysterious talking tome, he starts off on a journey to find the “Sealed verses.”

In a distant, distant future, humanity is on the brink of extinction.
A black scrawl disease and strange beasts threaten the world.
A young kindhearted boy makes a promise to his little sister.
A thousand-year lie that would live on for eternity…

The game is planned to launch on PlayStation 4 and Xbox One on April 23, PC on April 24. Shipments for the upcoming Nendoroid will launch less than one month after the game is officially launched worldwide. The new figure will be the perfect accent for those anxiously awaiting NieR Replicant ver. 1.22474487139. 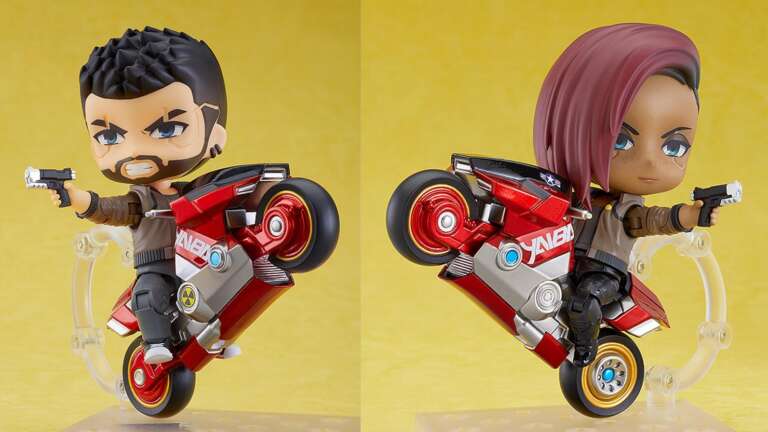 Jan 6, 2021 Lisa Nguyen 6730
CD Projekt Red has released CyberPunk 2077 on PC and consoles. While many are waiting to purchase the game, there is no shortage in merchandise of...