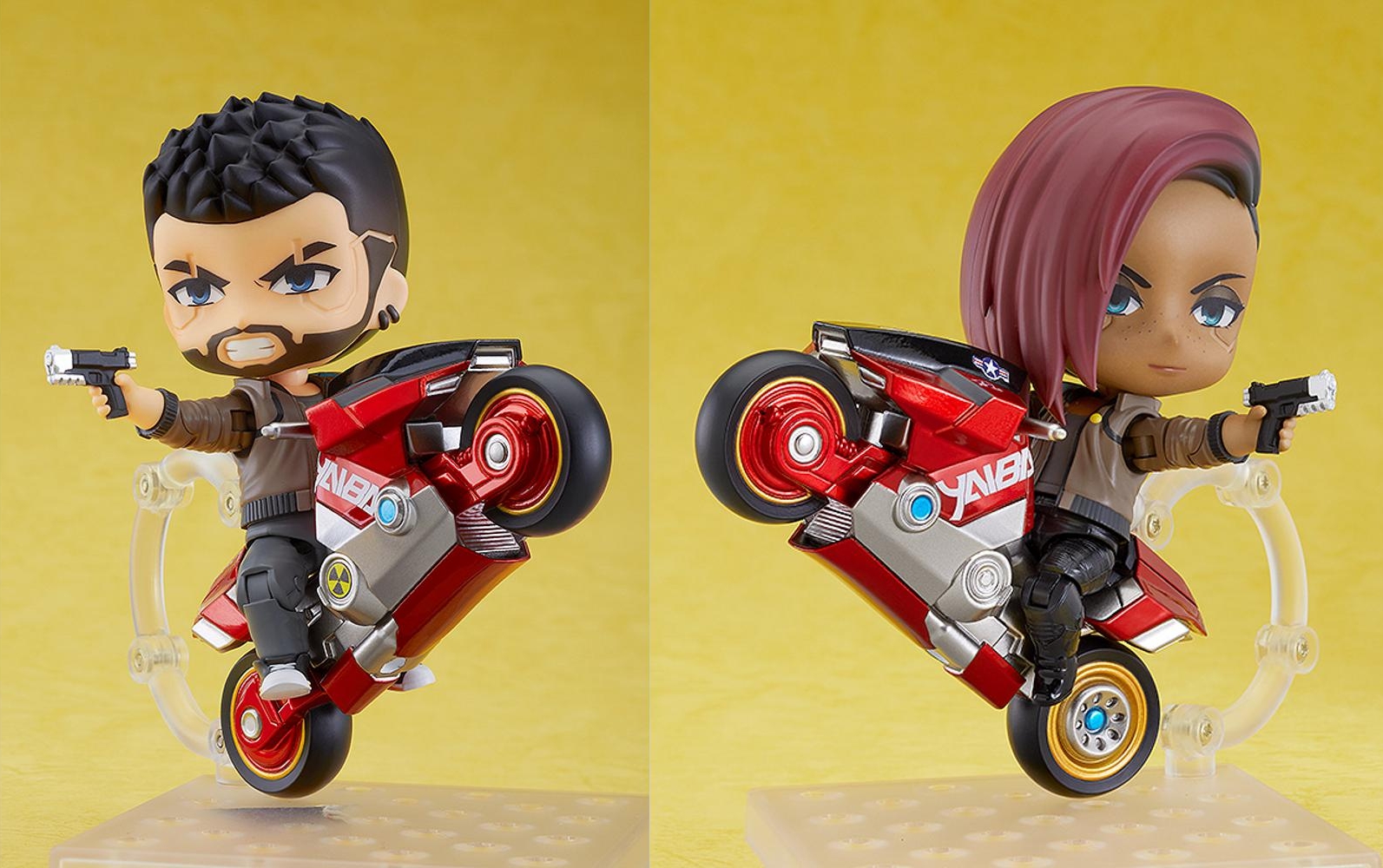 CD Projekt Red has released CyberPunk 2077 on PC and consoles. While many are waiting to purchase the game, there is no shortage in merchandise of its leading star, V. Good Smile Company, who has worked with the developer and publisher to launch The Witcher merchandise, has now revealed the Nendoroid V lineup.

There are four versions of V. They include the standard edition of male and female V and DX versions of both characters. All versions of V come with their standard clothing, which includes a leather jacket with the “Samurai” logo on the back. Players can post V in various ways with the free clear base that comes with every Nendoroid figure.

RELATED: Cyberpunk 2077 Gets A Leak: Box Art And Current-Gen Coming To PS4, Xbox One, PC

As for cyber ware, V is equipped with Nanowire and Mantis Blade hand accessories. The figure also includes two weapons, including the Arasaka JKE-X2 Kenshin and Kant Tao G-58 Dian.

From "Cyberpunk 2077" comes Nendoroids of the protagonist, V! Both DX Nendoroids of V come with a plethora of weapons and cyberware from the game along with the Yaiba Kusanagi bike! Preorders open now!

The DX versions of the figures come with additional accessories. The deluxe set includes three additional weapons, a flame effect part, and the Yaiba Kusanagi bike that V can ride on. The extra weapons include the Militech M-10AF Lexington, Militech Ajax, and Budget Arms Flamethrower, which the flame accessory can be used with.

While the Nendoroids are smaller versions of the character, they are fully articulated. Players can use the additional hand, arm, and leg parts to recreate their favorite poses from the game, including any images taken from the game’s Photo Mode. Unfortunately, the Nendoroid doesn’t come with any additional outfit accessories but showcases the primary clothing from CyberPunk 2077’s key art.

Preorders for all four versions of V are currently available but close on February 10. The figures are expected to begin shipping in August 2021. Since the DX version comes with additional accessories, it will cost around $77 plus taxes and shipping. The standard version of V is $50.

There is no guarantee that the figure will be available for direct sale after the launch date next year. Occasionally, Good Smile Company launches re-releases, but they are also not guaranteed.

CyberPunk 2077 is currently available on PC and consoles.

ImperialHal Was Swatted During A Twitch Stream Last Night, Manages To Survive