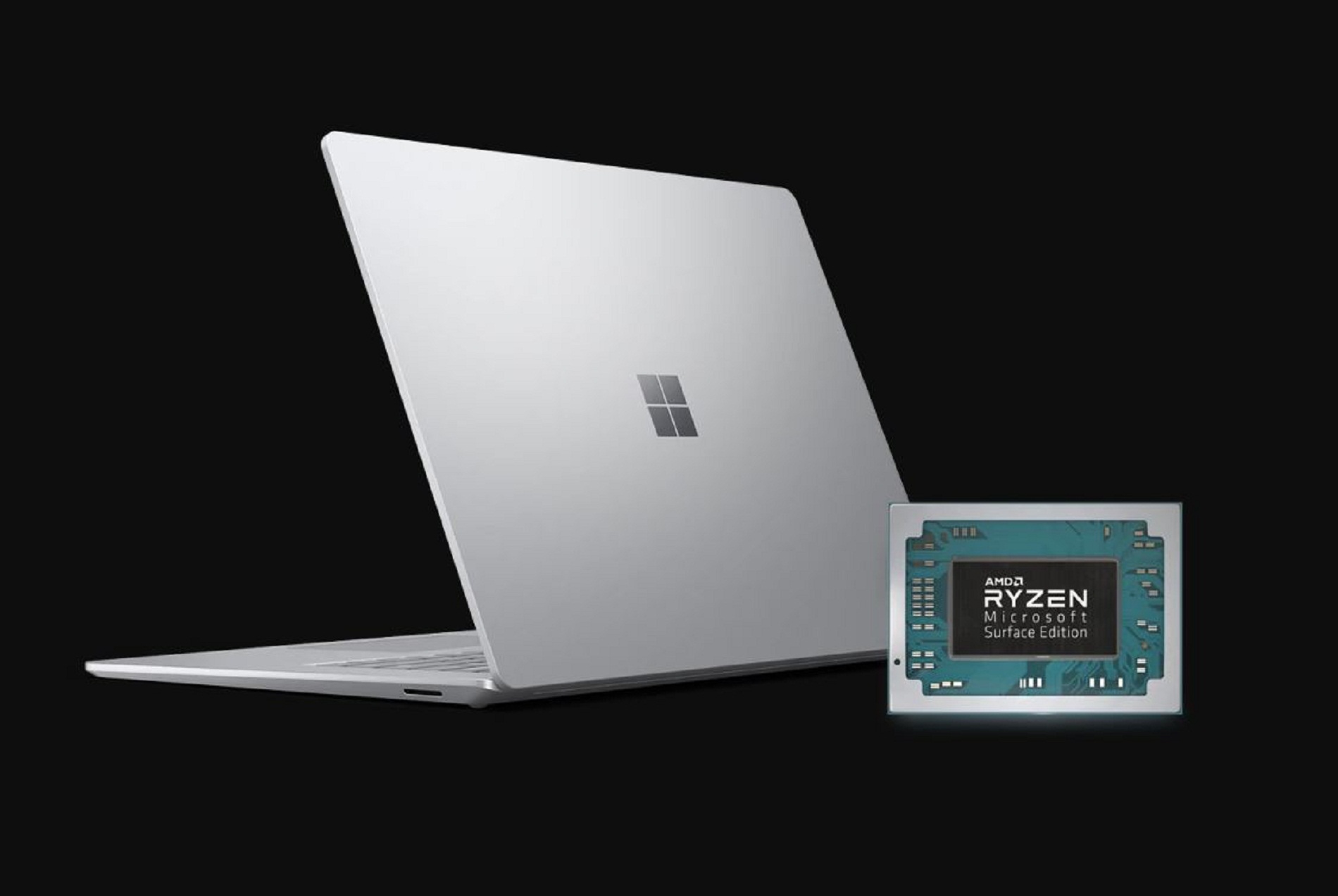 With the recent debut of AMD’s new line of Ryzen Mobile processors, the company might have agreed on a fresh design choice for the Microsoft surface notebook launching soon. This choice would make use of its newest 3rd Gen Ryzen 4000 series and its Radeon RX GPU.

It was last year Microsoft spoke about dropping the first of its kind— Surface Laptop 3— which was powered by Ryzen 5 3580U, which was based on the Zen (+) and Vega graphics. However, this year, Microsoft is prepping to launch an even better version that features AMD’s latest chips.

Speaking of which, the chip that was planted inside the Surface Laptop 3 was called Winston. However, for this year, the name will be Acton, which is based on the PCI Ids that are used internally for the Renoir product line.

According to tech leaker, Rogame— via notebookcheck— who spotted this in the 3DMark database, he noted that it could be a 13.5-inch model with a state-of-the-art hardware configuration entirely built APUs and GPU produced by the AMD platform.

Also, rogame was convinced that it could be a remake of the Surface Book 3 with a slight variant. However, another Twitter user pointed out that the detachable screen feature on the Surface Book suggests that Microsoft may intend using both vendors, but not the way we’re familiar with.

What are the specs?
Looking at the specifications, we can identify the Ryzen 5 4500U CPU that is part of the Ryzen 3rd generation (4000) ‘U-series’ family. The CPU of this line features six threads and six cores with a clocking speed defined at 2.30 GHz base and a boost of 4.00GHz.

Note that the AMD Ryzen 4000 series processors are coming from the Zen 2 architecture; this means there would be optimum performance and longer battery time. Not only that, but the Ryzen 5 4500U also has a TDP at 25 W, which can be tuned down to 10 W, and this could be the functionality that Microsoft hopes to use to extend its battery life with a stable power scheme.

While the Ryzen 5 4500U has upgraded 6 Vega GPU cores based on the updated 7n architecture that features a total of 384 processors overclocked at a speed of 1500 MHz, the notebook would be using its Navi graphics chip for parts that demand heavy graphics processing.

This speculation is backed by one of 3DMark’s listing that depicted the Ryzen 5 4600U CPU being used in a classified device featuring the Radeon RX 5300M with a Navi GFPU and 3 GB GDDR6 memory.

What does this mean then? It means there’s a higher chance of seeing several configurations for the upcoming Microsoft Surface Notebook featuring top-tier specs.

So far, the outcome of Microsoft’s new development on the Surface Book 3 is quite impressive. However, pending the current pandemic (COVID-19), the original launch date that was planned for the spring of 2020 would have to be postponed until this crisis has a definite end.

Until then, look out for more updates on the current subject matter!