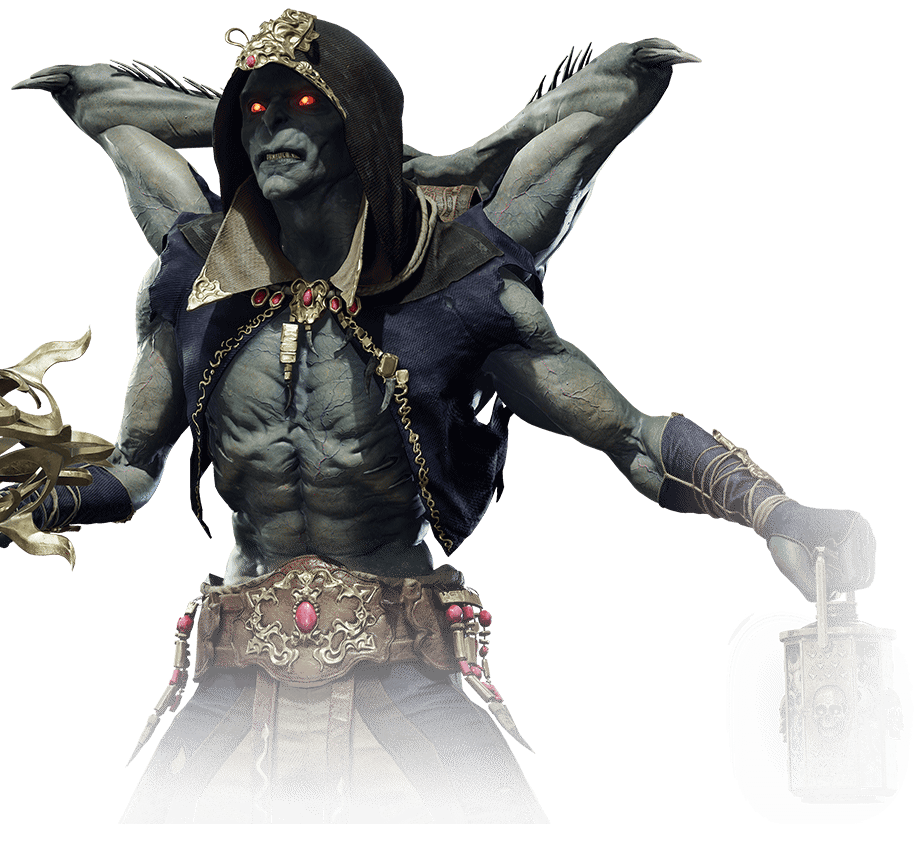 Beware the backpack! Fans got a better glimpse of the Kollektor, a new Mortal Kombat 11 character, in the latest update in the highly anticipated game.

A new Mortal Kombat 11 clip was uploaded on April 5 showing the gameplay for The Kollektor. This new character was already revealed in the roster leak, which showed previously unannounced fighters.

Just like the name suggests, The Kollektor loves to collect money, precious gems, and the souls of its enemies. He loves his wealth so much that he’s willing to kill anybody who stands in his way.

The Kollektor have two extra pair of hands that continuously dip into the bag he is carrying. Careful, though, this is not the harmless backpack of Dora the Explorer. He takes enough deadly weapons to kill his enemy many times over.

However, a closer look will show two extra hands creepily holding on the backpack like it’s a precious treasure. And for all intents and purposes, it is.

You probably won’t worry about the fifth and sixth hands because they are not very active during battles. They may, however, do something terrible during the finishing move.

Here’s the background on The Kollektor in Mortal Kombat 11:

The Kollektor appears to be born with nothing. But he got a job as a henchman for Shao Kahn, collecting duties for the Emperor. That’s how he got his name in the first place. His reputation in the underworld grew as he doesn’t hold back on the violence for those who defy him. In this sense, he’s more like an enforcer for the mafia than an official of the government.

While collecting for Shao Kahn, he also took advantage of his position to steal from the rich. However, after the death of Shao Kahn, the collector went into hiding to escape Kotal Kahn’s wrath.

But The Kollektor is not running anymore. After he was sentenced to die, he’s fighting back and anybody who stands in his way better be scared.

Just last month, the full roster of Mortal Kombat 11 was leaked, giving fans a glimpse of what to expect.

The characters that were leaked are:

The Mortal Kombat 11 is just around the corner. The game will be released on PlayStation 4, PC, Nintendo Switch, and the Xbox One.

Aorus Motherboard And Core I9-9900K Processor Offered At Bundle For $1,600

Oct 12, 2020 Jeremy Green 9730
Mortal Kombat 11 continues to be the fighter game that just keeps getting better. It already has a lot of amazing elements, like the mesmerizing...