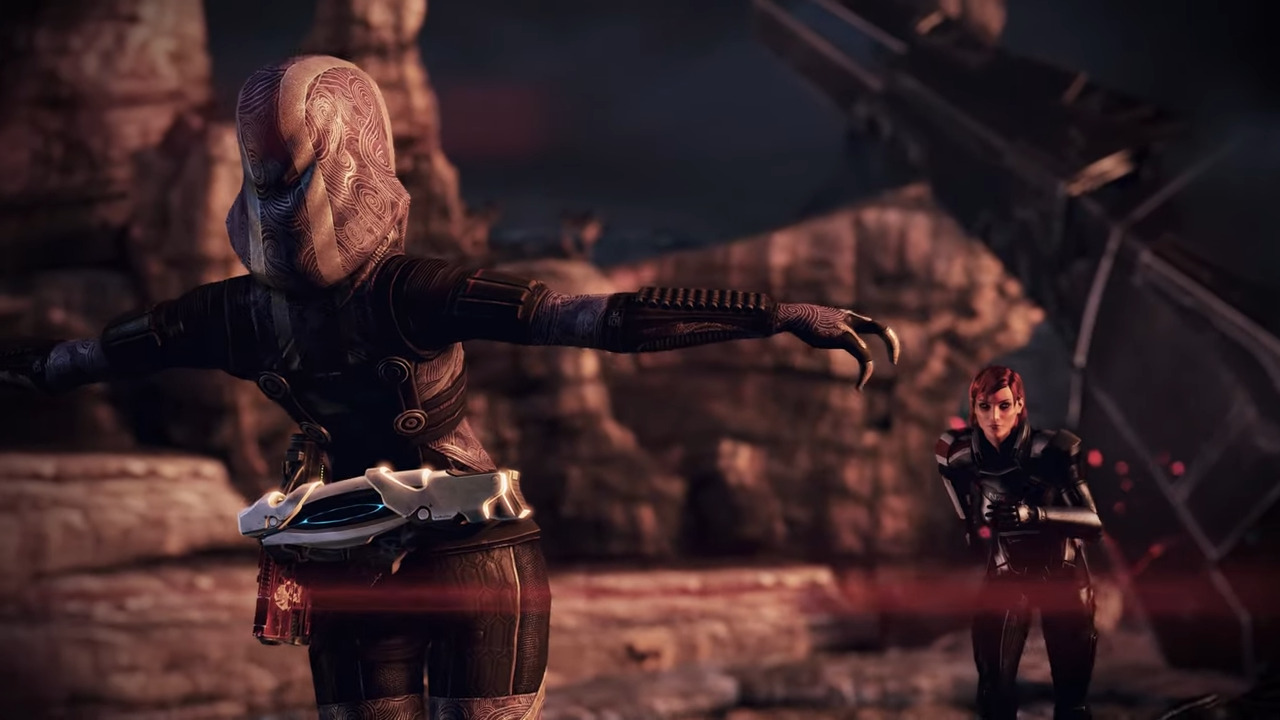 Mass Effect Legendary Edition has finally been confirmed; we all promised to act super surprised by it.

The good news is that, on May 14, 2021, players will once again be able to step inside of a spanning saga across the universe with every DLC (which was a heady amount of content in both the second and third iterations) and that they’re being upgraded and reworked.

That second statement seems to promise fixes coming in for the smorgasbord of problems that the original Mass Effect still suffers from on PC, from characters turning into the void to mouse acceleration and every hair-pulling facet in between that Electronic Arts simply opted to not put any resources in fixing.

As the trilogy gained steam, however, Bioware and EA slowly began to put more resources into the content of the epic space opera until they ended up at the far end of the spectrum: Barbie-doll women, strange dialogue trees that seemed to hamstring characters more than they set up, and a frank inability to pull a trigger which escalated into the third and final chapter.

RELATED: Should You Do The Blaise Matuidi OTW SBC In FIFA 21? The Frenchman Moves To The MLS

Overall, plenty of reason to be pleased as punch that Bioware is revisiting Commander Shepard and the desire to sleep with every alien possible.

Except that it seems to be in danger of missing the mark in the remake in much the same way that TheLegend of Zelda: Majora’s Mask managed to miss the tone of dread by a Hyrulian mile.

From brief snippets seen thus far, many segments that offer a brooding and foreboding sense of dread have been lightened in exchange for bringing in some classic lens flare, the battle-hardened femShep that graced the first two titles are being exchanged for the firey red-headed battle-Barbie in the third.

To be clear, these are seemingly minute alterations that will hopefully do little to alter the ebb and flow of pacing across all three acts, but altering the styles of classic characters along with legendary scenes could be enough to make certain purists balk at the remake.

Along with the stylistic changes, EA has stated that it’s bringing ‘world-building enhancements’ with additional detail being brought to multiple worlds ranging from Feros to Eden Prime, and even taking a peek at a few bosses that could be arguably tuned up.

RELATED: Battlefield 6 Rumors Suggest The Game Is Arriving In 2021 And Will Be Set In The Modern Era

Four months until we can see if Bioware still has it in them to recall what made everyone fall in love with the studio originally. The anticipation is crushing.