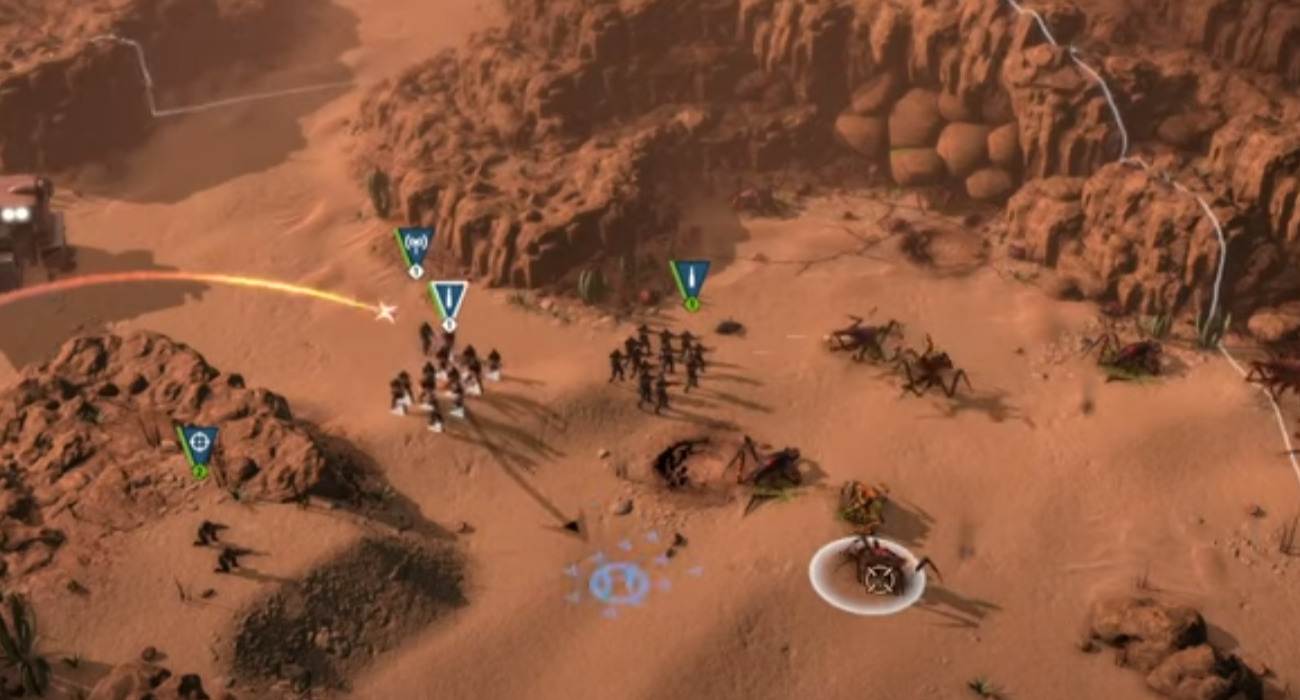 When Starship Troopers: Terran Command was first announced back in 2019, fans of the over-the-top action franchise were excited to get their bug-hunting on in a real-time strategy way.

RELATED: 39 Days To Mars Brings Its Unique Style And Whimsical Adventure To PlayStation 4 This Winter, It Is Time For A Cup Of Tea On Mars

There have been a couple of games over the years featuring this iconic movie franchise, but not in a while. It’s thus good to see the franchise show signs of life in the video game sector.

It really does have a strong following ever since these movies started getting pumped out in the late 90s. They’re cheesy and over the top, but that’s why people love them even still to this day.

RELATED: Brand New Sci-Fi Game, Disintegration, Is A First-Person Shooter Being Made By Former Halo Creator

Those wanting to see more of Terran Command’s RTS design are in luck because a new trailer just came out. Up in the trailer above, you will instantly recognize the propaganda style of commentary that was filled throughout the movies. It really does make you want to be part of the Mobile Infantry, an elite group of soldiers set on killing every last bug in the universe no matter what it takes.

The gameplay sequences shown up above feature some intense bug battles, with hordes collecting around the troops. With the right commands and heavy firepower from the innovative assault rifles, they’re no match for your infantry.

There are different bug varieties too that you’ll have to change up tactics for. The tanker bugs — for example — are much larger and thus require a different tactical strategy.

It shows the mobile infantry pull back as to lay down some firepower without being too close for lethal blows. Upping the difficulty is another horde of arachnids.

Based on these sequences, it looks like players will have to adapt to the varying threats that are thrown at them — sometimes all at once. That should make each battle dynamic and up the challenge even for those skilled in RTS games. You really have to monitor all bug threats in the surrounding area.

Starship Troopers: Terran Command is currently set to release sometime in 2021. Until it is available to the public, this trailer gives interested gamers a pretty good idea of the battles they’ll have to look forward to.

RELATED: Heroes Of Might And Magic IV: A Review Of The Fourth Installment Of The Legendary HOMM Series

Overall, the combat looks pretty fun and definitely is a must-play experience for any Starship Troopers fan. There’s a lot to love already and as the game continues to stay in development, it could just get even better. If you’ve ever wanted to take part in the Mobile Infantry, this game is your chance.