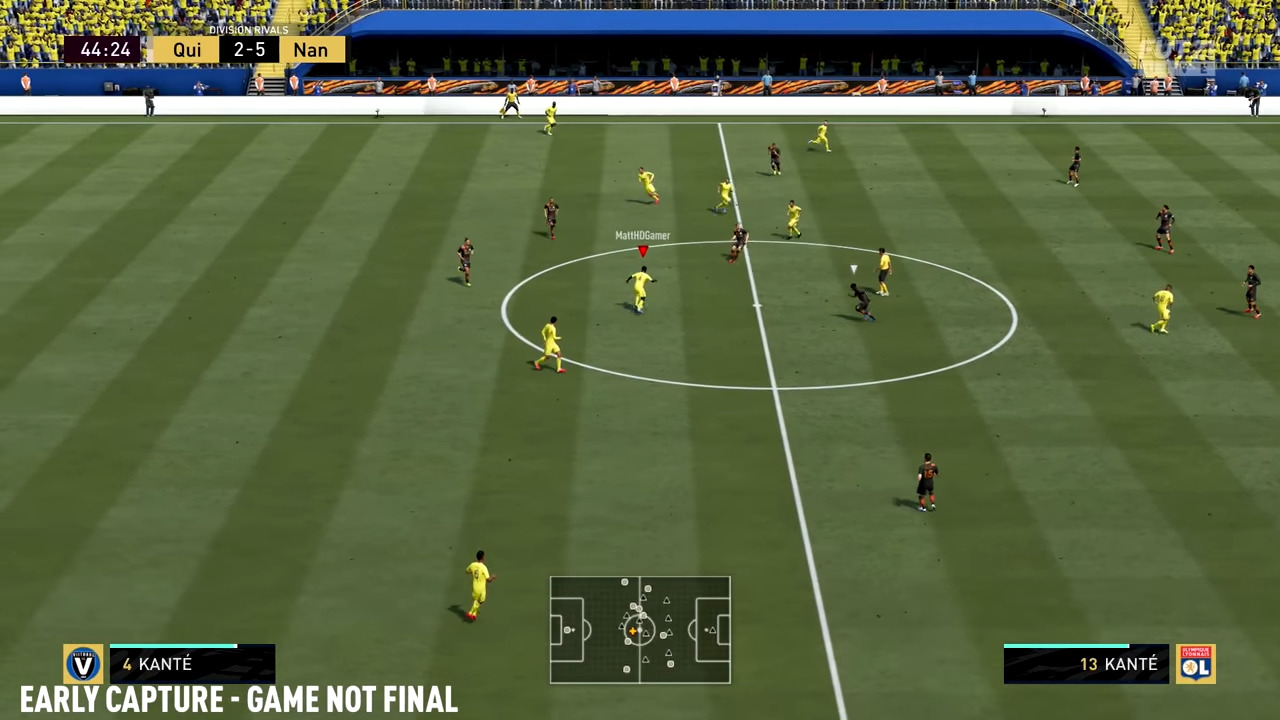 Another class-action lawsuit has fallen on the doorstep of Electronic Arts surrounding their FIFA Ultimate Team, and this time it’s a bit closer to home; in northern California, to be exact.

It also involves Electronic Arts notorious usage of the ‘Dynamic Difficulty Engine’ that we’ve talked about at length in the past; the scripting of game events where one player can’t do anything to allow his opponent the opportunity to score. This makes it a closer game, and EA believes this is somewhat near the idea of ‘fun’.

With increasing pressure on @EA due to the #LootBox controversy world-wide, two people are Canada are looking to take the publisher & its Vancouver office to court.

RELATED: Another Twitch Streamer Leaves The Platform, Disguised Toast Is Taking His Talents To Facebook Gaming

The scripting engine is made to ensure that people play the game more; after all, skill isn’t always necessary to beat your opponents as EA ensures that even the players that struggle to pass have ample opportunities to hear that sweet net music.

If it sounds like it might be lacking in the competition department, bear in mind this is coming from the same franchise that had users play rock paper scissors to figure out who qualified for a competition. Competition is a distant afterthought to getting users to gamble on unknown player card packs, which they are more willing to do if they’re continuing to play the game since they can compete with anyone.

Electronic Arts is facing a class action lawsuit over the use of loot boxes in its games https://t.co/TleUsn46oLpic.twitter.com/15uyrP5DTX

This is the crux of the class-action lawsuit; that EA is using the Dynamic Difficulty Adjustment to ensure a healthy userbase to participate in gambling in the form of player card packs.

The class-action lawsuit is aimed at forcing Electronic Arts to refund users who have participated in the gambling. Electronic Arts responded to a request to comment from GamesIndustry, stating that ‘we believe the claims are baseless and misrepresent our games, and we will defend.’

This is stacked on top of the California lawsuit that seeks $5 million in damages from Electronic Arts regarding the gambling that EA arguably pushes their players towards, a lawsuit in Canada that pulls no punches in accusing Electronic Arts of running an ‘unlicensed’ gambling system, and one in the Netherlands where EA is being fined weekly until they remove gambling components.

Electronic Arts primary response to this litany of complaints and lawsuits is that the plaintiffs don’t understand what their titles are, and that the gambling system that many find swindles people of their money is absolutely not a gambling system.

It’s worth taking note of Electrnoic Arts most recent financial statement; they’re pulling well over a billion dollars annually from these ‘surprise mechanics‘, and it’s funding massive growth within the company. We can expect them to fight these allegations until the bitter end, which will likely come far sooner in Europe than it will in the United States.

Blizzard Announces Upcoming Conversion Of Honor And Titan Residuum To Silver In World Of Warcraft: Shadowlands

Feb 19, 2021 Joshua Goodpastor 4390
Electrons Arts and Velan Studio have a brand new title headed for console and PC audiences. Knockout City is an intense dodgeball map from the...

Dec 16, 2020 Chris Miller 3170
Well, we all kind of thought that this would be the announcement that marks the belated arrival of EA Play to the Xbox Game Pass for PC, an event...

Dec 2, 2020 Chris Miller 15720
One of the arguable best iterations of the Battlefield franchise is currently being offered free if you already have Prime Gaming. This would, of...