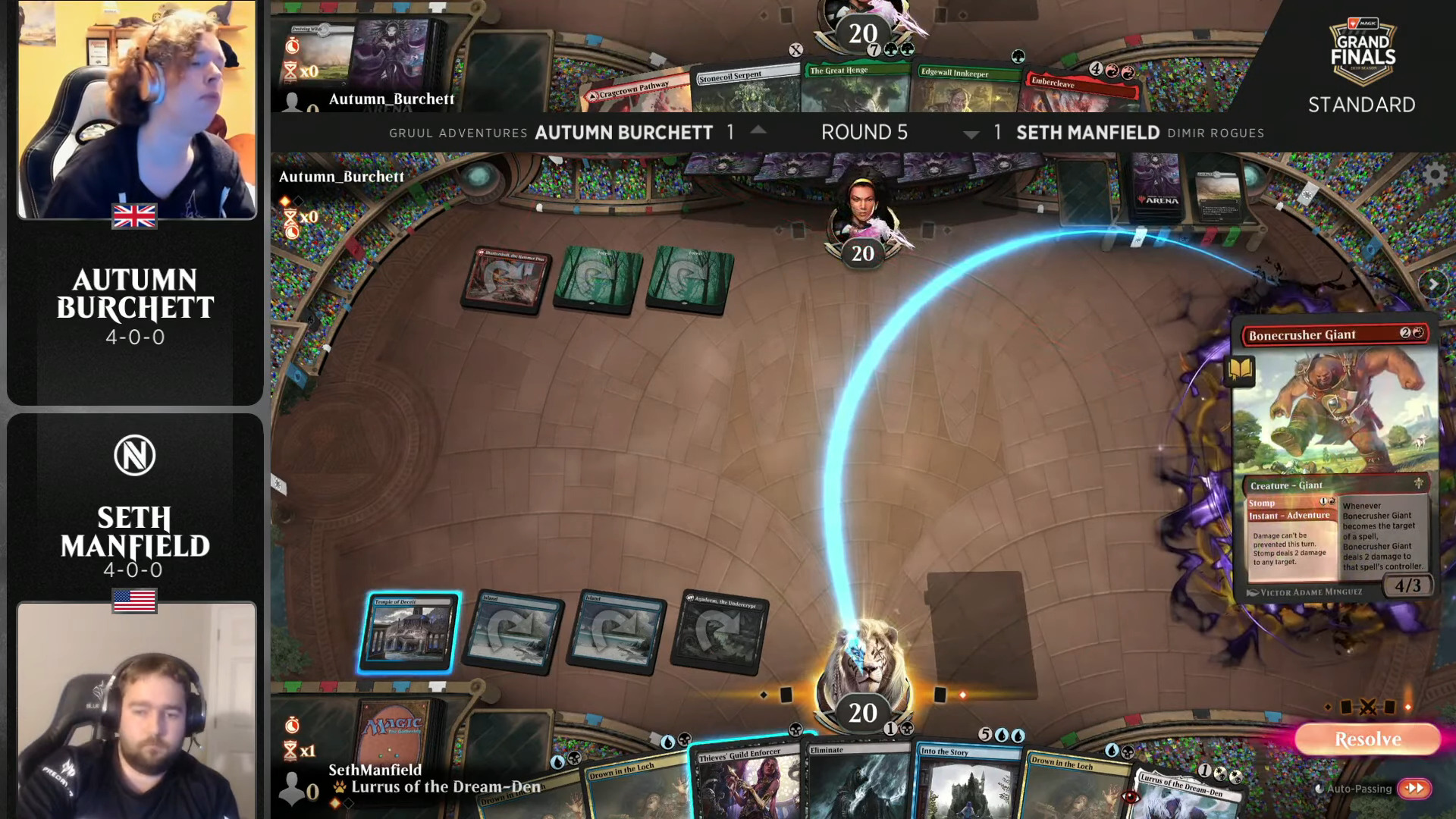 The brutal Magic: The Gathering 2020 Grand Finals has finished its 12 Swiss rounds for Standard and Historic Constructed. The competition is now down to the final eight best players in the world to claim the title for this year’s championship. The rogue decks have taken over the tournament, and the two representatives have both performed well.

Of the eight players who are moving forward, five of them use Omnath decks for Standard. They are Austin Bursavich, Aaron Gertler, Patrick Fernandes, Gabriel Nassif, and Raphael Levy. They all used Omnath Adventures, except for Bursavich, who settled on Omnath Ramp. Two players brought Gruul Adventures, namely Autumn Burchett and Emma Handy. Seth Manfield stirred the other way and went for Dimir Rogues.

Congratulations to our #2020GrandFinals Top 8!

They came, they ramped, they conquered.

Join us tomorrow to find out who will take home the trophy and declare themselves the 2020 Season Champion! 🏆 pic.twitter.com/jBfrBrBIXO

The 2020 Grand Finals will resume on October 11, Sunday, at 11 A.M. CST for the Standard Constructed. The games will be in the best-of-three format, as well as the final match. As seen above, the Standard competition is hugely Omnath, Locus of Creation-centric decks. The two Gruul Adventures have been consistent throughout the tournament.

However, it was the lone Dimir Rogues deck that caught everyone’s attention, both analysts and fans alike. Manfield secured his top eight spot during the Round 10 and has found success in his unconventional strategy for this meta. To make it more interesting, the brave strategist built a more control variant over the typical agro Rogue.

The more diverse and wild Historic will not be played while during the top eight. With a ton of cards to choose from MTG‘s long history, the games for this mode have been enjoyable for the fans to watch, especially those who see some of the cards for the first time. Decks such as Four-Color Midrange, Jund Sacrifice, Neostorm, and Omnath Ramp all showed high competition successes.

The official Twitter account of Magic Esports declares, “Congratulations to our #2020GrandFinals Top 8! They came, they ramped, they conquered.” On another tweet, the account also hypes its fanbase with playful tones, “Get your emojis ready nerds, this is gonna be a good one. 9 am Pacific, double elimination, one winner!” The continuation will be streamed live via Magic‘s Twitch account. On the other hand, Fans are exclaiming over this meta’s turn of events, saying that Omnath is way too powerful not to play.

The 2020 Grand Finals features a $250,000 prize pool for its aspiring 32 players. The competition celebrates the year-long trimming of players who are worthy of being in the presence of such a prestigious crown.