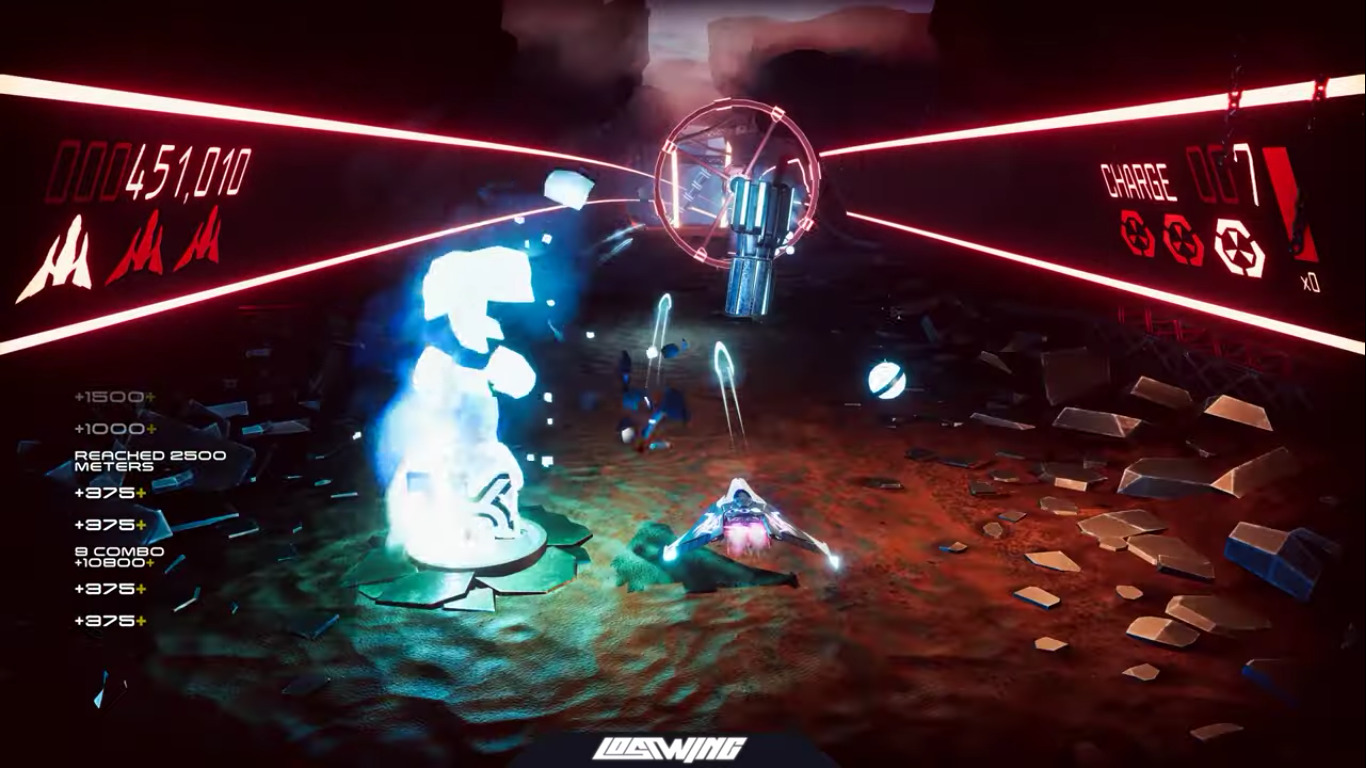 Get ready for a fast-paced piloting game as Lost Wing launches on both Xbox One and PlayStation 4. Raise your adrenaline levels as you blast enemies and objects away on your insanely fast journey through harsh and difficult worlds.

This is a rails type shooter that will have players launching at unimaginable speeds across different stages each with their own bosses. Progression brings more ships into the game along with new challenges around every corner. New ships come with new movements to learn meaning that this is a constantly evolving journey.

Travel through brutal environments as you try to top the leaderboard and master the paths in Lost Wing. Numerous challenges, ships, enemies and more awaits players in this adventure of pure adrenaline and action.

This title combines shooting and flying with high-speed tracks as you dodge and avoid obstacles and enemies. Race through tons of different tracks as you try to reach the end goal all in one piece. If you can destroy the boss, you can score extra bonus points and push your score even higher.

Travel across three worlds with four different types of tracks. Combine that with several difficulty modes and infinite hours of gameplay and this title becomes a game full of replayability.

Enter a high definition neon sci-fi atmosphere that will drive your adrenaline through the roof. As you travel at intense speeds use momentary time slowing mechanics to allow minor adjustments when things get a little too dicey.

This title includes tons of different ships with upgrades for each one that will continue to power them up. Show the strength of your skills and your vessel as you destroy the mega bosses at the end of each level. Gather points, raise your score, and survive to the end.

Compete against other players using the online leaderboards. Compare scores at a national level and rise your points as you accelerate alongside a driving electronic soundtrack.

This game requires skill, timing, and careful strategy as you fly at high speeds in many different maps. Travel to strange lands and become a master of flight in your unique and adrenaline-filled adventure.

BoxFrog Games has made this game available on multiple platforms. Enjoy a journey at high speeds in Lost Wing, available on Steam, Xbox One, and PlayStation 4. Travel as fast as possible as you continue to dive deeper into a fast adventure to distant planets against deadly foes.

Guts 'N Goals Is A Free Football Experience That Has Launched Onto Steam, Experience Some Frantic Football Fun At No Expense 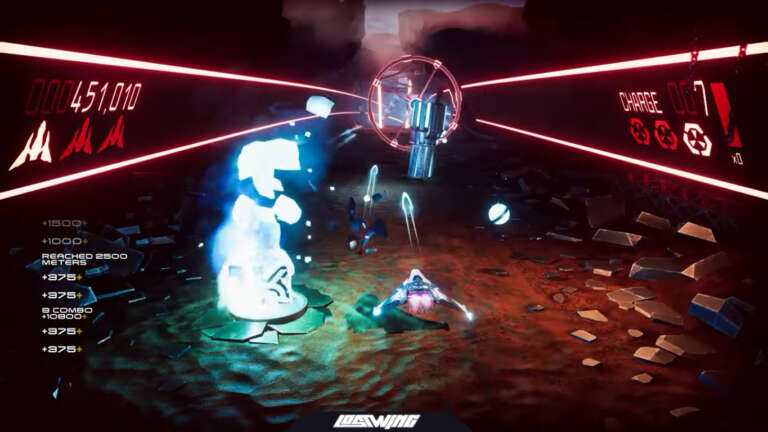 Jul 30, 2020 Joshua Goodpastor 6130
Get ready for a fast-paced piloting game as Lost Wing launches on both Xbox One and PlayStation 4. Raise your adrenaline levels as you blast enemies...