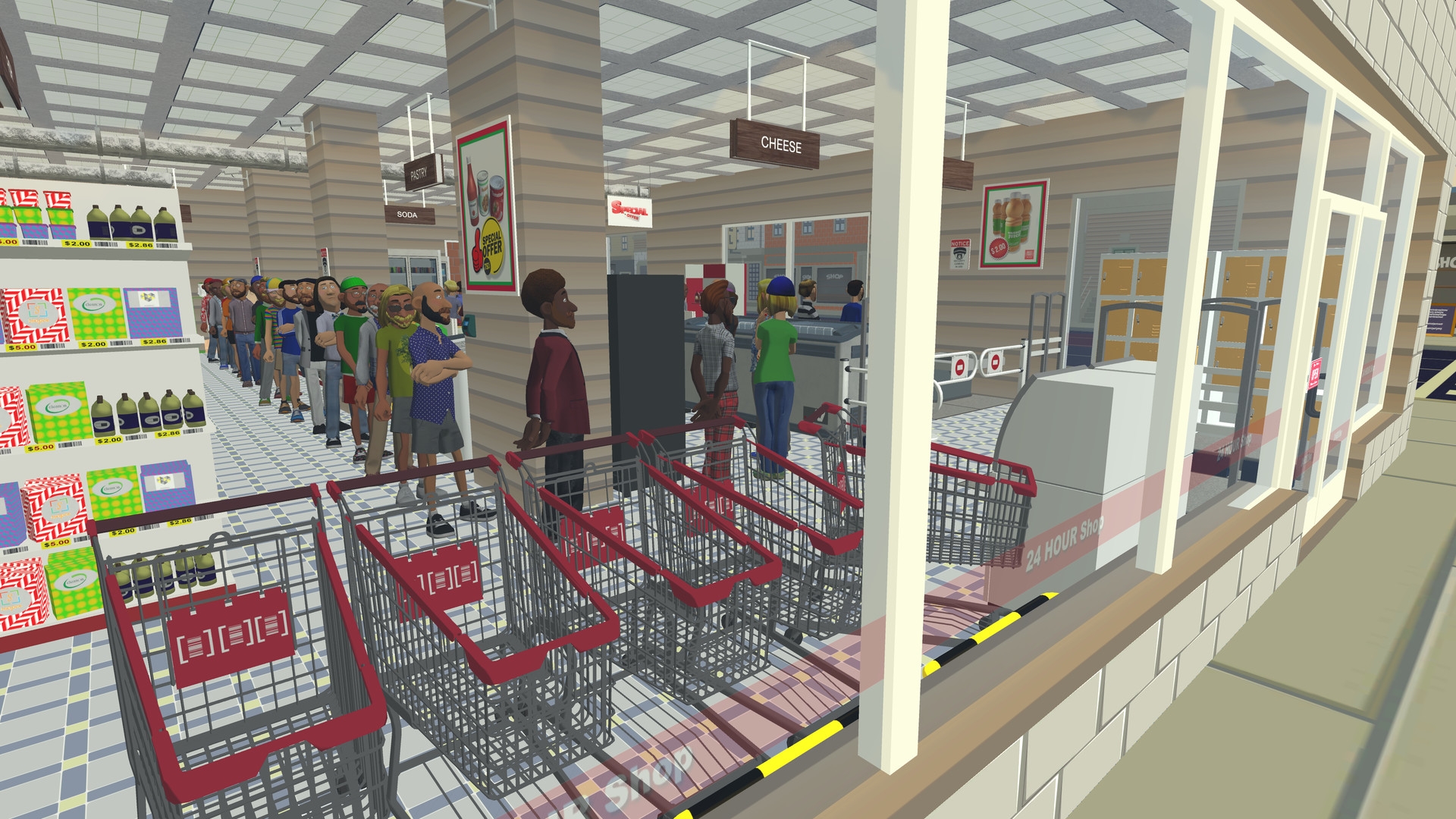 Stracos Labs has announced a brand new DLC ahead of the launch of its title Line Simulator. The game is centered around waiting in a line in various environments. The game has yet to be released but will launch on Steam later this year. The free DLC will be themed around standing in line at an amusement park.

Line Simulator is a safe way for players to experience standing in line. Since COVID-19 forced many to stay indoors with only a few essential outings to stores, many have begun to miss the “old normal.” Stracos Labs is bringing that experience to life through a virtual reality experience.

The game is expected to have five levels in the base game that require players to wait in line patiently. The screenshots include humorous scenes such as waiting in a grocery store with one checkout lane available. Some of the customers begin to panic, but players must remain level-headed and patient.

While in the store, players can also step out of line to make a few purchases. If players step out of line, someone may take their space. But it’s possible some impatient customers may try to cut in line anyway, which may cause a major scene.

Do you like free DLC? So do we! We're happy to announce that players of Line Simulator will be getting the amusement park level just in time for Christmas with the base game coming out in early November! #gaming #indydev #indygaming #gamedev #indygamedev pic.twitter.com/Y21ne7kHgP

In July, an Alpha demo was released as a direct download from the developer’s Google Drive account, but not as a separate download on Steam. The developer is seeking feedback, criticism, and any suggestions. The feedback can be given through social media or through the developer’s official Discord server.

Demo players are also encouraged to livestream the game. Some who gained early access have already posted videos on YouTube, showcasing some of their unique experiences so far playing the game. Line Simulator is still in development, so there may be some bugs and other issues before the final launch.

The amusement park DLC may not launch at the same time as the full game, but the developer has released some teasers about what to expect:

As part of an increased value proposition and dedication to fans, Stracos Labs is announcing that Line Simulator 2020 will be taking you to a non-copyright infringing small world where you have to beat the ultimate level… the amusement park! Battle through enraged mothers, screaming children throwing snowcones, and try to get to the ultimate prize of getting to go on the ride of a lifetime.

Only a PC release is scheduled at this time. There is no news if a console port is scheduled for a future release, but the developer is seeking suggestions.

Line Simulator launches on PC via Steam on November 2.

Overcrowd: A Commute 'Em Up Full Release Review - A Sim Management Game With A Difference

Apex Legends Cross-play Is Riddled With Bugs, But It's Called A Beta For A Reason 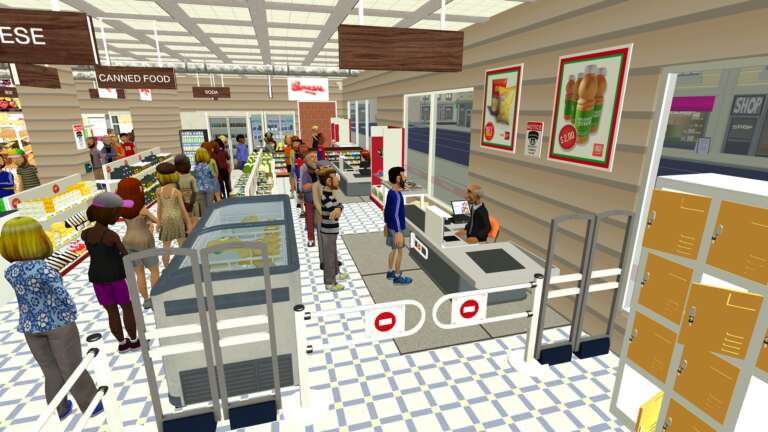 Nov 6, 2020 Lisa Nguyen 2550
Stracos Labs has more good news for those awaiting its upcoming game Line Simulator. Not only will players have the opportunity to experience waiting... 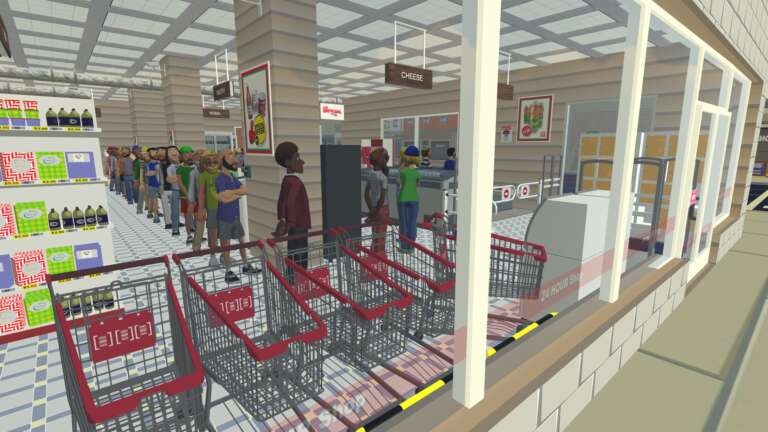 Oct 7, 2020 Lisa Nguyen 3920
Stracos Labs has announced a brand new DLC ahead of the launch of its title Line Simulator. The game is centered around waiting in a line in various...