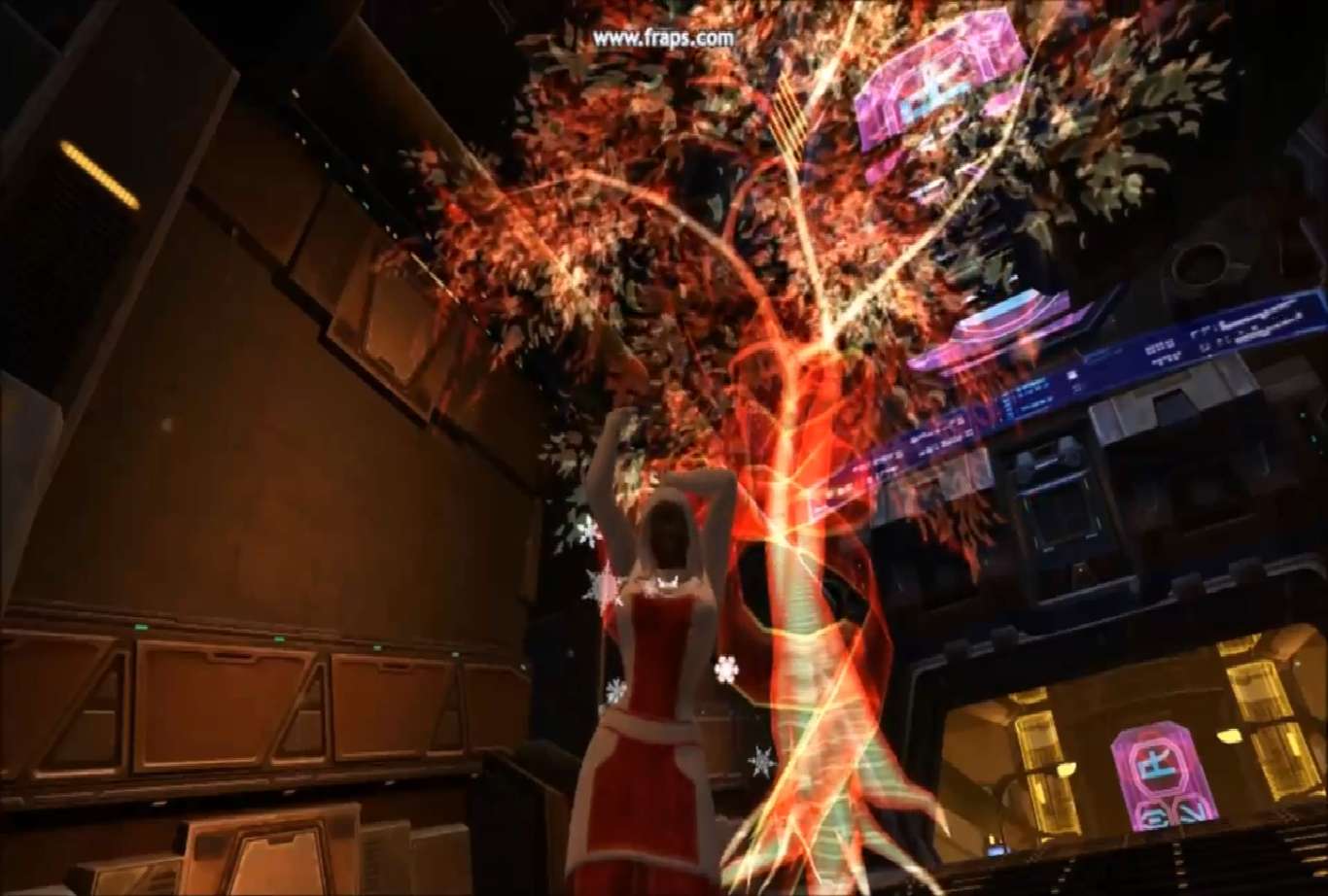 With December finally upon us, Star Wars the Old Republic releases information in their monthly events. And in addition to their normal cycle of monthly events, December brings in an event specific to this time of year; Life Day.

Life Day dates back to the 1978 Star Wars Holiday Special, where it was a special event practiced by the Wookiees of Kashyyyk. The special is noted for having an extremely negative reception, but also for the introduction of fan-favorite Boba Fett.

Star Wars the Old Republic made Life Day their own in ways not shown in the Holiday Special. While they do bring back the annual version of the red Life Day robes shown in the Holiday Special for players to purchase from the Cartel Market, the developers release a quest where there are overheating droids all over the galaxy, and players are to throw snowballs at them, which randomly give rewards for their efforts. Players can also throw snowballs at other players, though this practice is a divided thing; many players get into the mood of the season, while many do not.

Life Day itself begins on December 17th and ends on January 7th.

Of course, life day isn’t the only event in December. The Relics of the Gree is a level 50+ quest going from December 3rd to December 10th, and players are helping the ancient Gree race to uncover the mystery of the Gray Secant, an enormous ancient Gree Starship. Players will work toward getting Reputation with the Gree to gain access to Gree specific items from the Gree Vendors on Ilum.

The Rakghoul Resurgence returns to Corellia from December 17th to December 24th, so players will want to make sure they’re vaccinated if they plan on going to Corellia. One of the more divisive events, players are dealing with the effects of the Rakghoul Resurgence whether they participate or not, since infected NPCs will attack, and potentially infect, players upon leaving the spaceport. Players can also be infected by other players anywhere in the galaxy who choose to retain the infection and spread it around, making this plague something everyone has to worry about.

If players want to participate in this level 25+ event, they begin working for The Hyland Organization for Rakghoul Neutralization, or T.H.O.R.N., and head into the Rakghoul tunnels that are situated on the chosen planet and complete daily and weekly quests. What makes this event extra special is that it’s the only chance for players to recruit Doctor Lokin in KOTFE, since his recruitment requires a drop from this event.

Players will also be working toward Reputation for this event to allow them to purchase items from the Rakghoul Resurgence items.

December also marks Star Wars the Old Republic’s Eight Year Anniversary, which is being celebrated concurrently with Life Day. During this event, players can purchase a special “Anniversary Personnel” vendor who sells Class Ship Stronghold Decorations, as well as all the previous years’ rewards. Alongside this, both the Coruscant and Dromund Kaas Strongholds will be available for only eight credits each.

And finally, Bounty Contract Week returns during December 31, 2019, and lasts until January 7, 2020, As always, players at level 15 and higher pickup bounties from the bounty board and head out into the galaxy to capture or kill their target. This works players toward reputation and contracts to spend on gear.

December is a special time of year, and Star Wars the Old Republic goes all in for the players. Players won’t want to miss out on the celebrations.

Launch Update: 'Destiny 2' Season Of Dawn Is Almost Here, So Here's The Ins And Outs Of What To Expect