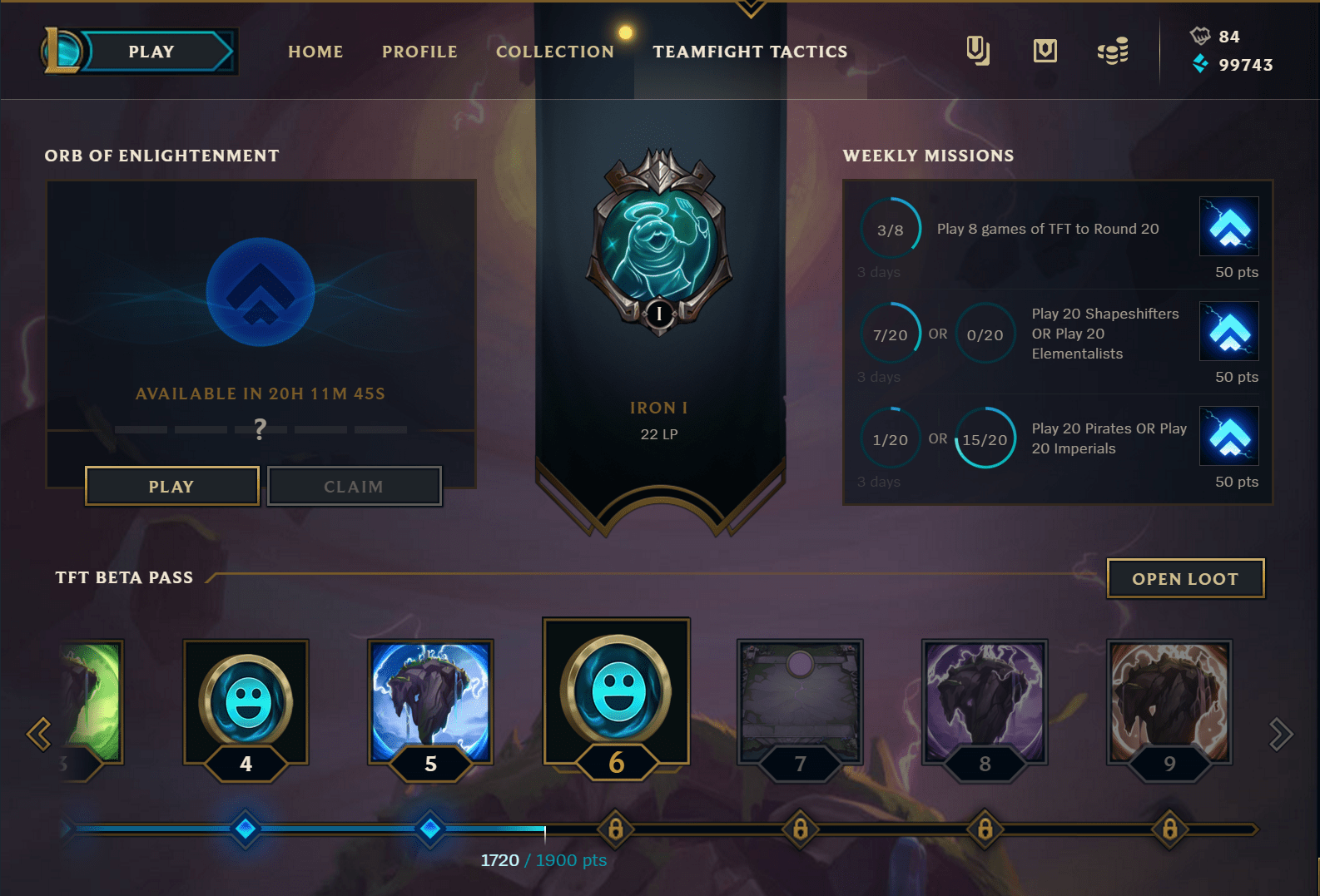 Teamfight Tactics is League of Legend’s newest game mode – a highly successful rendition of the Dota Auto Chess mod that soared to popularity earlier this year.

TFT puts eight players into an arena where they purchase champion units to combine and create a team that auto-battles enemies in rounds. Through careful strategies and hopeful RNG, the goal is to itemize and fight to the top of the leaderboard and be the last one alive.

Since its official release in June, Teamfight Tactics has only grown in popularity, with the recent addition of ranked queues and balance/bug fixes making the game feel even more rewarding.

From the start, TFT introduced a Beta Pass, which works as a rewards system for completing weekly missions in-game.

Looks like the TFT beta pass and missions are now up on NA! pic.twitter.com/e3p5gaQ03q

Missions vary from encouraging players to save 50 gold in one match or to play 20 of a specific type of champion, to which they’re rewarded with TFT Beta Pass Points. Players can also unlock the Orb of Enlightenment once per day, which grants free points just for claiming it.

These points are then added to a total on the TFT Beta Pass, which has checkpoints for different rewards.

Riot Games just announced that the first chapter of the TFT Beta Pass will be coming to a close soon to embrace the second chapter and offer players even more rewards.

The current Pass has nine checkpoints to unlock, which players can still take advantage of until the Pass goes inactive, which varies based on region. Since TFT launched at different times for different places, Riot wants to ensure everyone had the opportunity to make use of the Pass for 4 weeks.

For that reason, here are the regions and the dates/times that the Pass will go inactive:

It’s worth noting that when playing Teamfight Tactics, weekly missions take some time to process after games are played and before points are awarded and can be claimed. With this in mind, once the Pass goes inactive, players won’t be able to claim points from any pending or current games.

Riot shares, “The second chapter of the Beta Pass will start on patch 9.16 for all regions! It’ll contain similar missions and prizes to the first, but we’ll probably shake things up a bit after that.”

Riot Games is encouraging players to continue sending in their feedback regarding the TFT Beta Pass so that they can improve it and bring fresh content to the table in the future.

For those that haven’t completed the Beta Pass yet, now’s the time to binge some TFT and earn as many points as possible before time’s up.

Crabbie Arduino – The New Development In The Field Of Programming