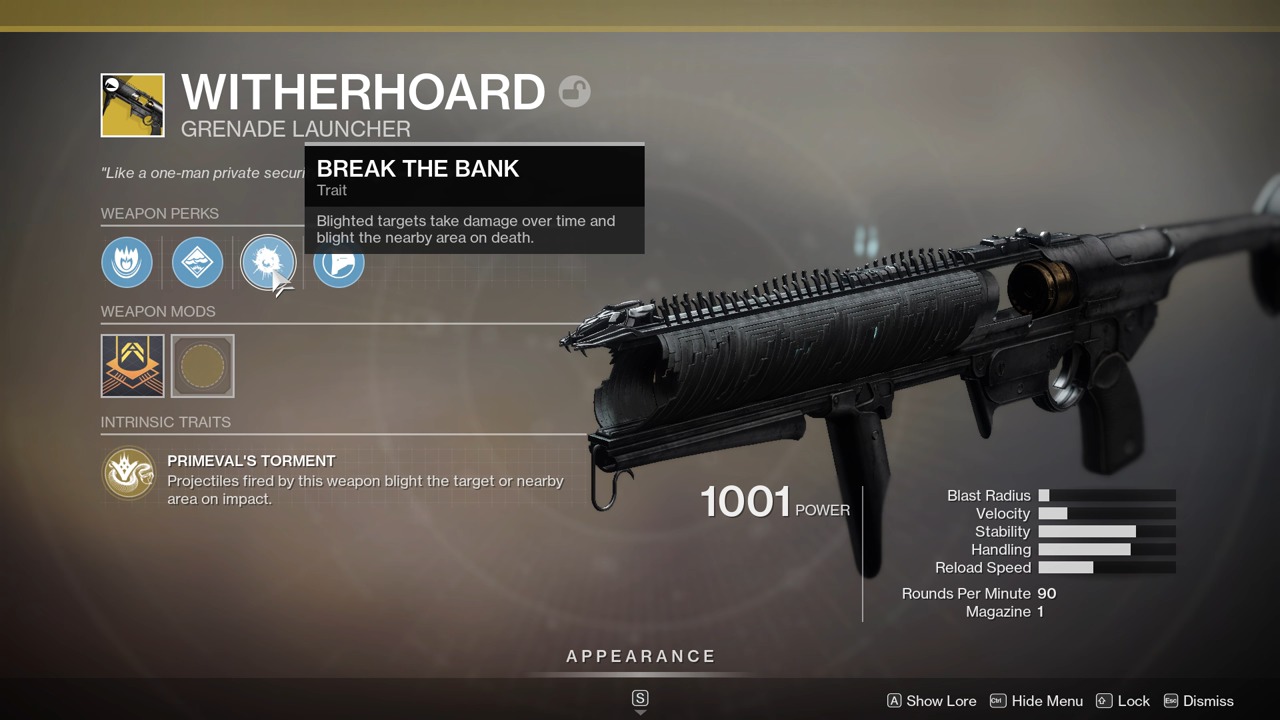 In Destiny 2, Season of Arrivals has brought forward new weapons, activities, and unfortunately a host of new issues to the game. The developer team has been ever vigilant in working on these issues, however, and have recently released a new hotfix to work out some of the kinks.

As such, Hotfix 2.9.0.2 is officially live, and notably removes a glitch to the newly introduced Winterhoard grenade launcher that allowed the weapon to “deal a ridiculous amount of damage to various enemies.”

Today, we will go over the highlights of the changes this patch includes. As always, for the full list of changes, you can check out Bungie’s website, or their page on Twitter.

Players will be removed from activities at 9:45 AM and be unable to log in until 10 AM.

Starting off with controller mapping, this feature was just introduced during this season, so it makes sense that there were a few issues to work out. The team has fixed a problem where analog-based actions required a full button/trigger press, among some other smaller fixes.

One miscellaneous longstanding issue is that of players having an invisible ship, black emblem, and zero Power Level displayed while in orbit. This issue has been in the game for quite some time, so hopefully, it is actually patched out for good this go around.

There were a ton of changes under the “Investment” category, perhaps the most notable of which is removing an issue where gear was dropping at 750 light instead of the intended power level. Also fixed was the Tommy’s Matchbook catalyst quest spontaneously disappearing from player inventories, and where the Destiny 2: Beyond Light preorder emblem wasn’t appearing in collections.

Weapon changes are up next and include the aforementioned change to the Winterhoard grenade launcher. This weapon is still a powerful one, so don’t be too discouraged from using it to take down bosses. Also fixed was an issue that occurred while swapping out Exotic gear while their perks were still active.

The final round of fixes had to do with Gear or Armor. These included issues like the Almost Mighty Exotic ghost shell from being invisible in preview and while being summoned, and the Saint’s Vocation exotic ship was invisible in preview and in orbit. Also fixed was a display issue where the Insight Unyielding Titan gauntlets obscured the screen making aim difficult while aiming with a bow.

That about wraps up all the important changes included on this hotfix. If there is an issue you are experiencing in-game that wasn’t on this list, make sure to check out the full list of changes at the Bungie website. Until next time, eyes up guardians.

Dungeons and Dragons: Character Creation Questions To Add Depth And Personality To Your D&D Adventurer