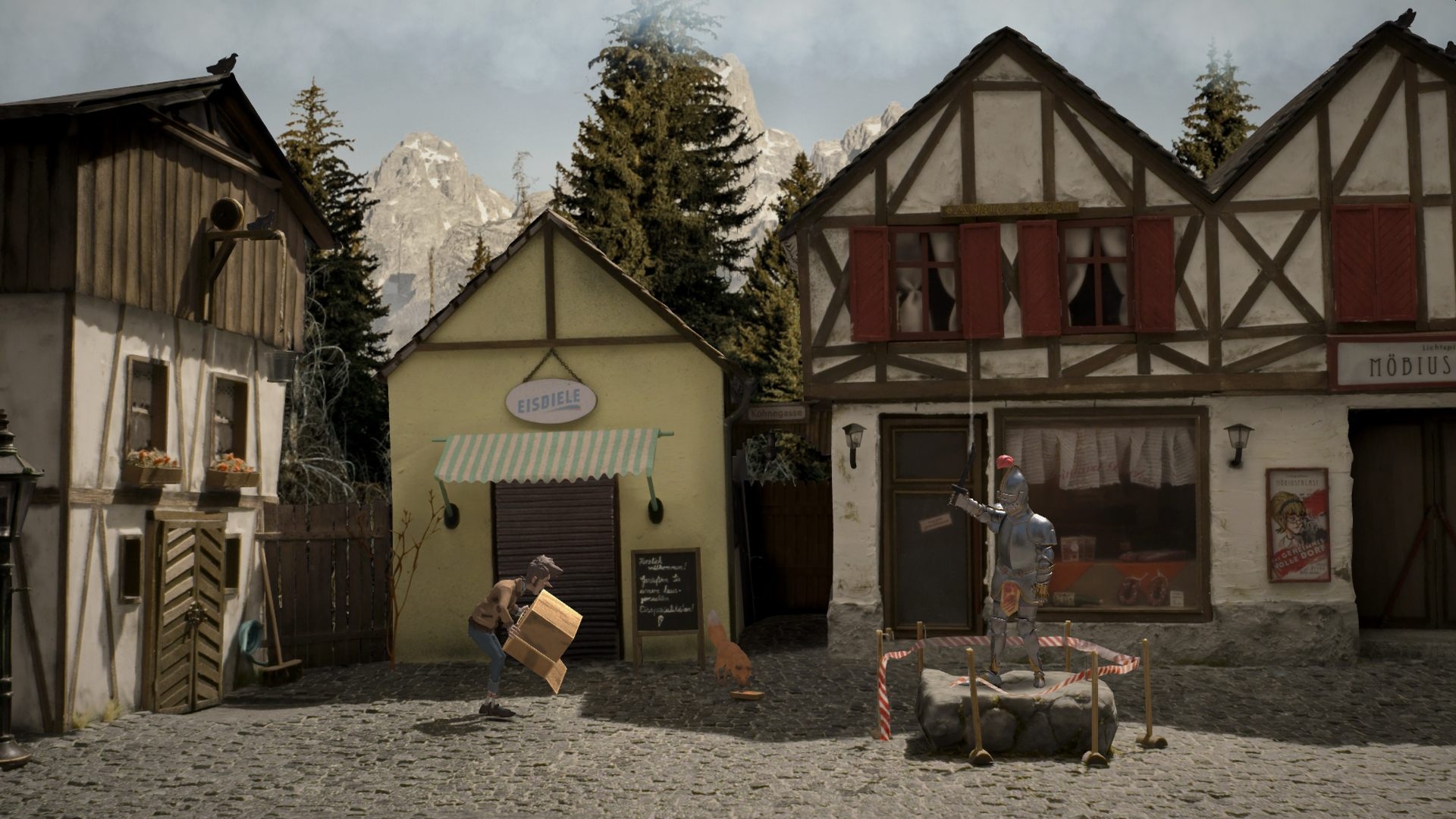 Headup Games previously announced Truberbrook was headed for mobile in the future. The announcement was made earlier this year with plans to launch sometime during the Summer. Recently, the publisher has announced the release date of Truberbrook on mobile in a new announcement trailer.

Developed by BTF, Truberbrook was previously launched on PC in March 2019. The game contains adventure, mysteries, and Sci-Fi elements in a 1960s parallel universe. All of the scenes were handmade.

Truberbrook stars a young American scientist named Hans Tannhauer. He wins a trip in a lottery to the remote location of Truberbrook in cold-war Germany. The small town is located down a mountain slope region and covered in dense forests.

As Hans starts to settle into his new surroundings, mysterious things start happening. A mysterious stranger breaks into his room at the Guesthouse Waldeslust. A paper on physics is stolen without any reason why or who exactly would want such a thing.

Hans slowly gets to know other characters in the village, including spa gues. One of them includes a student of paleoanthropology, Greta Lemke, who is on a research expedition to the tiny village. The pair end up working together to solve the mysteries of Truderbrook and learn why Hans was really called to the sleepy little village.

The game was inspired by shows such as Twin Peaks, The X-Files, Stranger Things, and Star Trek. There are around ten hours of gameplay with fully voiced gameplay in both English and German.

Truberbrook is currently available to pre-register on the Play Store and App Store. The app pages don’t list any additional content from the PC release, but the PC release had no DLC.

The benefit of preordering the game is to receive a notification as soon as the game is ready to download. The game will be a premium title and cost around $5. As a paid game, the title will have no ads or additional in-game purchases.

Truberbrook was brought to life in thanks to a Kickstarter campaign in 2017. Within 30 hours, the game was completely funded. Backers also contributed to stretch goals and more features after the game was funded.

Truberbrook launches on mobile on September 3 but is available now on PC via Steam.