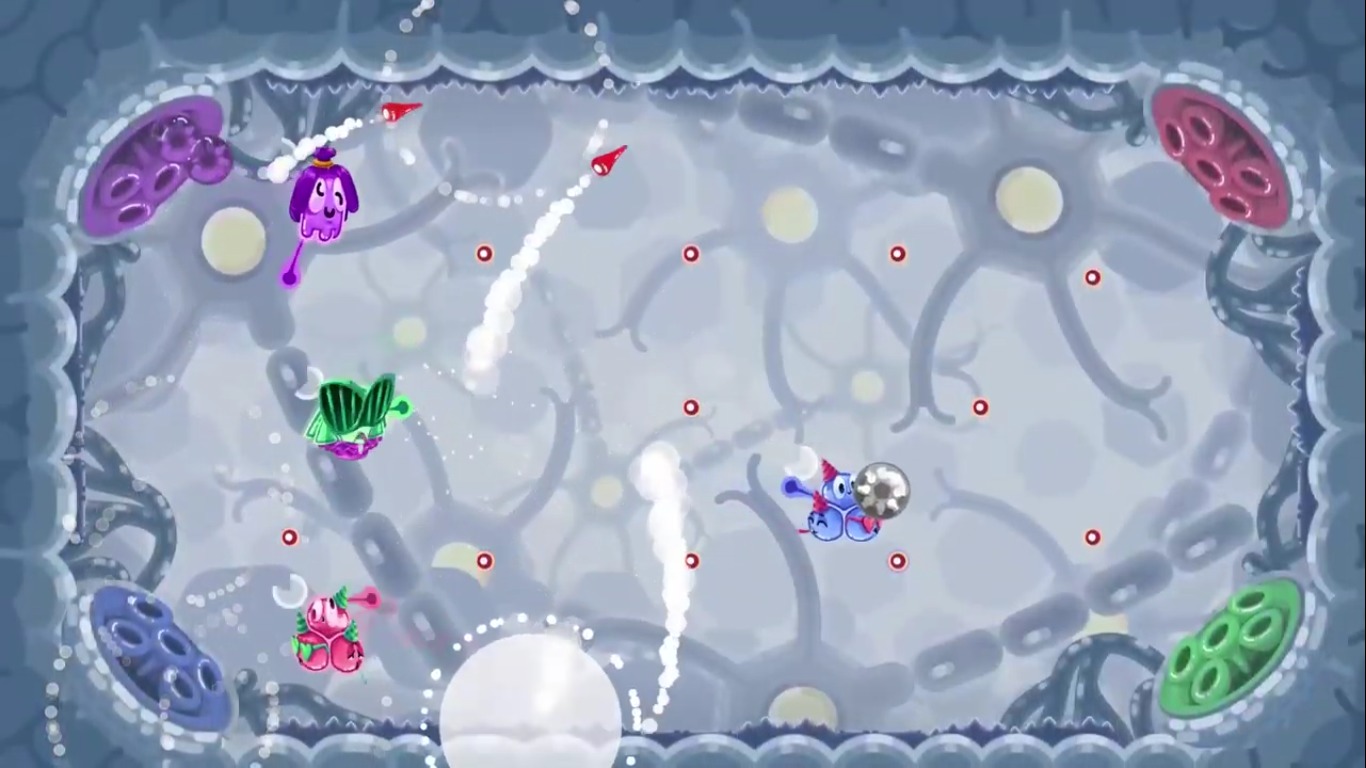 Bugbomb Games has announced their indie party brawler Gerrrms for the Nintendo Switch. Engage in a brawl at the microscopic level as you take on battles of epic proportions. Take control of tiny germs as you fight for dominance in the human body. Experience microbial warfare and challenge your friends to a 4 player free-for-all brawl.

Party brawlers are a perfect genre of game to arrive on the switch. With the built-in multiplayer functionality, the Nintendo Switch provides ample opportunity for players to battle in an instant. Just like a horrible cold, the battle can be swift and impactful.

Once you come into contact with a rival germ you must stand your ground. Practice and master single-celled moves and use power-ups scattered across the field to do battle. From microscopic missiles to dirty mines you must blast, beat, and bully all other players out of the body.

There are several game modes for players to enjoy including a Deathmatch mode that will have you tearing apart other germs. Eliminate your opponents by bouncing them into the spiked edges of the arena. Strive to be the last germ standing in a battle for germ based supremacy.

In the Hot Potato mode, players must try and gift their bomb before it explodes. Toss and pass the bomb from player to player as you strive to not be the last one holding it.

There is also the Gobble mode which will cause your germ to feast upon food across the arena. In the Antibody mode, players must avoid a large antibody at all cost and battle against other players to try and survive.

There are tons of other game modes packed into this party experience. Ever since the game debuted at the Big Indie Pitch at White Nights Amsterdam fans enjoyed the battling blitz.

This is a simple title with a two-button control scheme. Although the controls are simple, there is a level of skill involved. Master the complicated strategy found within this unique title.

So get ready for a new battle experience that will bring friends together in ruthless single-celled combat. This is a chance to become the germicide master of all bacteria. With a huge variety of game modes and tons of different character to select this title is packed and ready for its release.

Gerrrms is planned for release on Nintendo Switch on July 23. This title will be a Nintendo exclusive for now with no plans for a PC port currently announced. 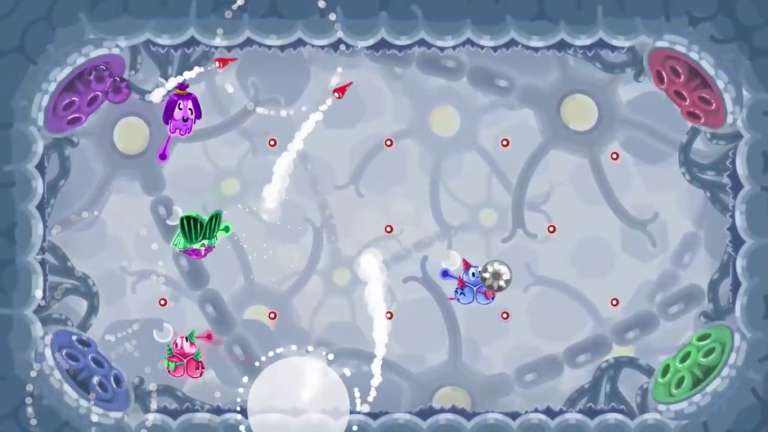 Jun 28, 2020 Joshua Goodpastor 6140
Bugbomb Games has announced their indie party brawler Gerrrms for the Nintendo Switch. Engage in a brawl at the microscopic level as you take on...