Game Freak Is Working On A New RPG For The Nintendo Switch, Little Town Hero Now Has A Release Date And Additional Details Announced 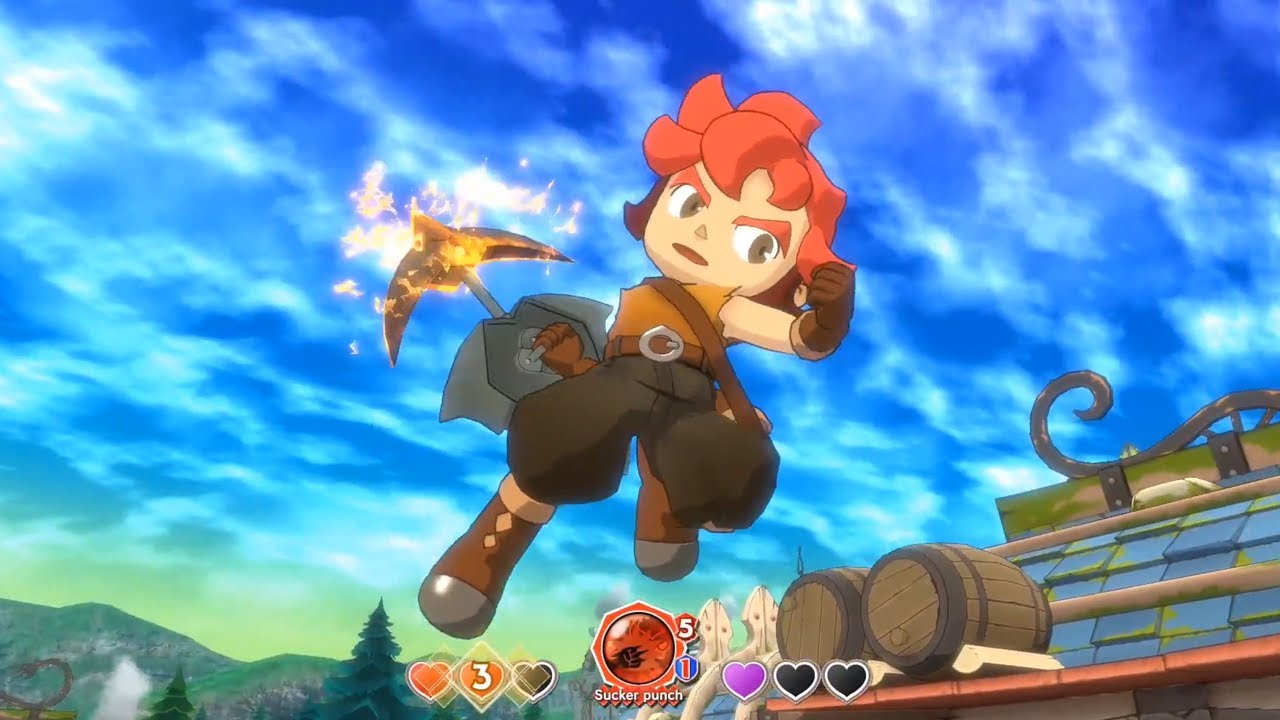 Game Freak is known for its work on a majority of the Pokemon franchise, but now they are working on something different. A new non-Pokemon RPG is coming from the developers, and it has a new name and a release date to back it. The game originally known as Town is now officially titled as Little Town Hero.

In this game, you play as a boy named Axe who must defend his town from monsters. It has a similar vibe to Square Enix’s title Dragon Quest in the way that the characters and animals are more than expected. The game has a very offbeat sense of humor, but it still holds all the treasured points that make it a wonderful RPG experience.

The new trailer shows off the game’s battle system which appears to be turn-based like most traditional RPGs. Axe can use much more than weapons in a fight as his thoughts and ideas can be used to battle the monsters invading your little town. You can also move during battle changing positions or even getting back up from townspeople you have befriended.

This will be the first major reach out of the Pokemon genre for Game Freak, and the developers are hoping to diversify their game production. With the care and love found in the Pokemon franchise, fans are expecting the same level of consideration and dedication to be found within this upcoming title.

That is not all that was revealed about Little Town Hero. Nintendo released that Toby Fox, the mind behind Undertale, is contributing to the soundtrack of the game. The music of Undertale is one of the main selling points, and it is loved by fans and the internet community even now.

This is of course not the only game from Game Freak coming to Switch this year as Pokemon Sword and Shield is still well on its way. It is set to arrive on November 15, and additional details of that were released during today’s Direct. Trainer customization will be returning, and players got their first look at Pokemon Camp.

This new area in the game will allow players to play with their Pokemon, relax, and cook curry as a part of a new minigame. Some new Gen 8 Pokemon were revealed including Polteageist, a small ghost that lives inside a teapot, and Cramorant, a duck that has an exclusive ability called Gulp Missle.

Little Town Hero is being released for Nintendo Switch on October 16 and is currently available for pre-purchase and pre-load. The game costs $25 and can be acquired through the Eshop.

Feb 26, 2021 Harry Alston 10260
The Pokemon Direct to celebrate the 25th anniversary of the Pokemon franchise opened with a nostalgic look back on 25 years of games, tournaments,...

Feb 25, 2021 Harry Alston 6980
Pokemon is 25 years old this year and in celebration, fans think there is something big planned to be announced in tomorrow's Pokemon Direct. It...

Dec 28, 2020 Lisa Nguyen 10840
The Pokémon Company has announced it is teaming up with The Wand Company to release the first-ever Die-Cast Poké Ball replica series. Fans will be...