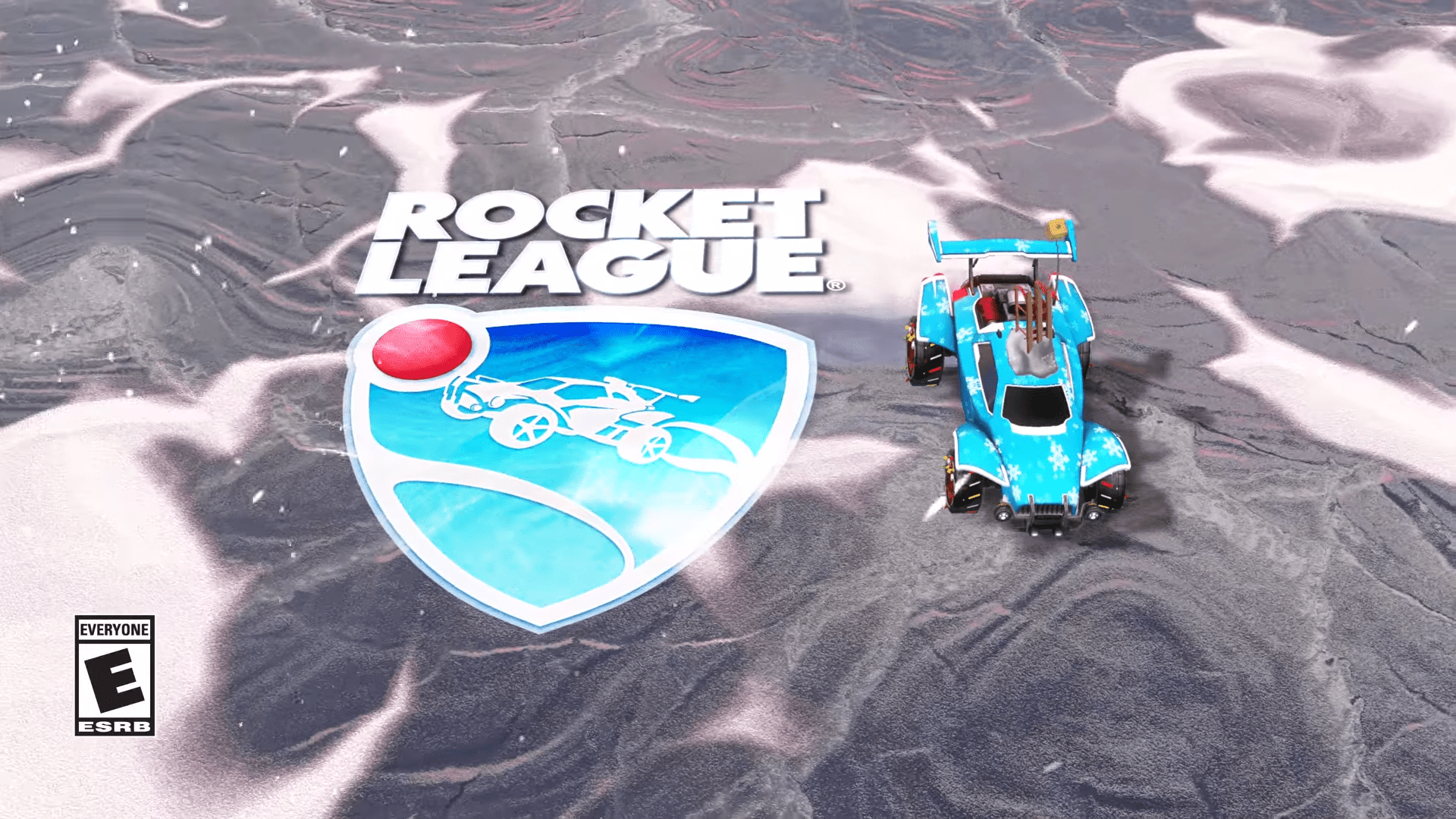 Frustrations about the ever-popular Rocket League‘s new item shop, or purchase by Epic Game Store, can take a back seat for just a moment; the Frosty Fest is once again coming back to Rocket League for the holiday season this year.

The Frosty Fest brings reskins of many maps, with their snow variant being playable in all game modes.  One should be forewarned if this would be their first expedition with Frosty Fest, that the snow can make the ball highlight on the ground difficult to see.

Beyond that small caveat, however, power sliding and missing the ball in spectacular whiffs now has an adorably festive background for your friends to take screenshots of and post on their Steam profiles.

Beyond the snowy variants of maps being playable, tokens can once again be earned to trade-in for items, skipping the beleaguered blueprint system in its entirety.  The event currency is still known as Snowflakes, and you can collect them by completing games in any game mode online, with greater amounts being granted for games that last longer.

If you’re looking to maximize your Snowflake collection, casual games may be the best bet, sans an entire team quitting at once.  In ranked, the possibility of forfeits cuts into the number of Snowflakes earned.  However, in ranked you’re far more likely to challenge teams near your skill level, making overtime a bigger possibility.  A bit of a razor-sharp balancing act between the two, yet with the length of the challenge, perhaps its best left to theorists.

The event will run from December 16 until January 6, 2020.  A three-week-long event is sure to allow everyone interested in gathering the seasonal items plenty of opportunities to do so, so min-maxing Snowflake gain is perhaps less important.

You can gain an item for free just by logging into the event; the Xmas Lights Trail is given to everyone for logging in during the event.

The golden crates that can be traded for Snowflakes contain items from the Overdrive, Zephyr, and Impact blueprint series, formerly known as their crates.  In the new absence of the crate system, it’s a bit difficult to decipher which items can be found from which crate series, so just cross your fingers and hope for the best when you exchange your Snowflakes for the golden crates.

Also included is an adorable snowman avatar border that you can exchange your Snowflakes for, along with Gift Storm universal decals (meaning they can be applied to all vehicles).  It’s sure to be a cold winter; stay inside and play Rocket League instead.

Oct 8, 2020 Chris Miller 32040
There's very little that is more pleasing than watching cheaters deal with the repercussions of their actions as inevitably, the system will catch up...

Sep 22, 2020 Chris Miller 9650
We can readily file this one under controversial: Valorant professionals have begun taking to Twitter to air their grievances regarding the newest...