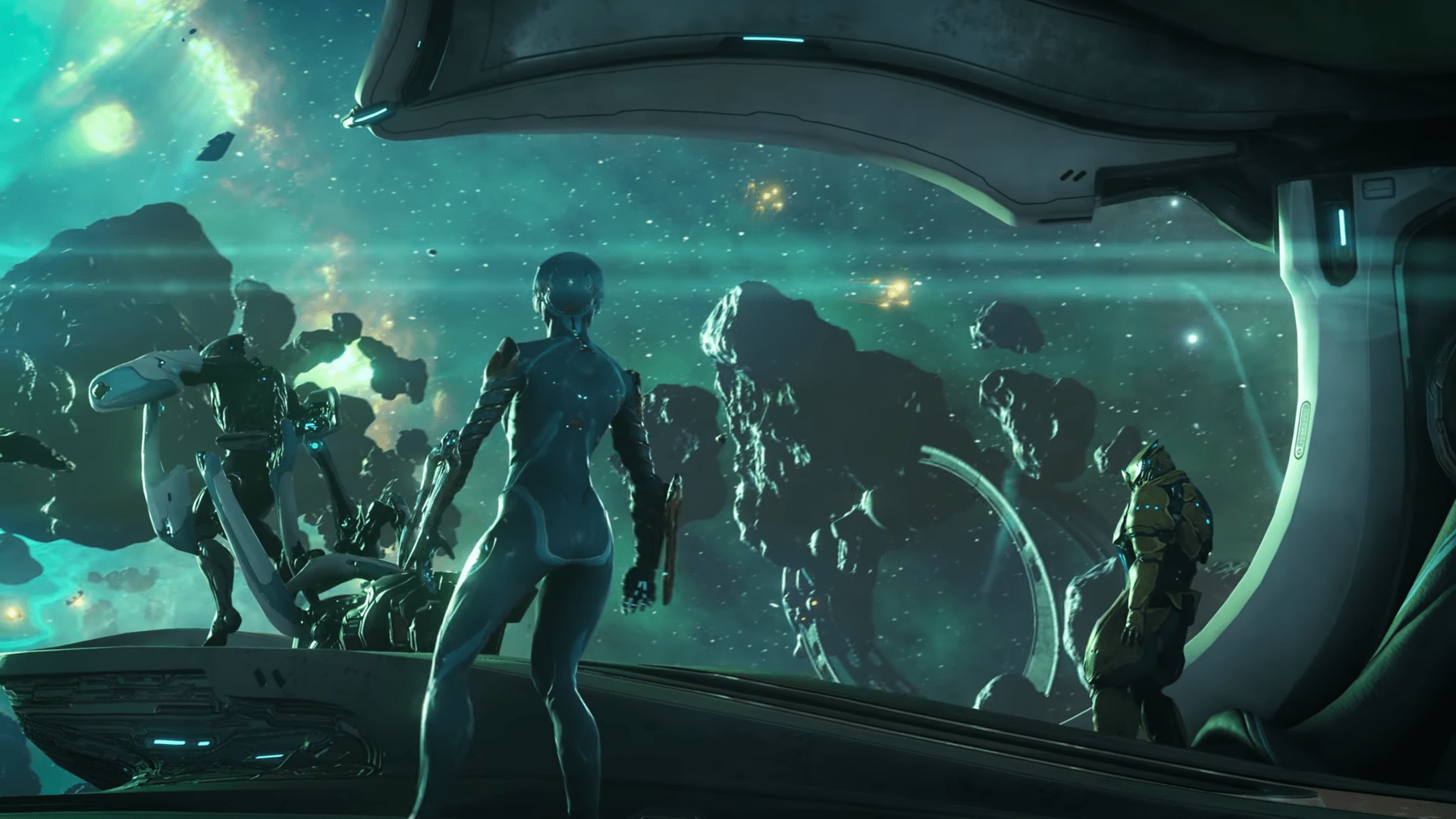 Space ninjas everywhere once again have a reason to celebrate, as the newest expansion has finally landed on Steam, bringing space flight and battle to the game.  Warframe: Empyrean focuses on finally bringing free space flight to Warframe, once again expanding the borders of the space ninja game that was brought to Steam in early 2013 by developer Digital Extremes.

The developers most recent expansion of the game world brought about open-world areas that were eventually expanded, allowing Warframes to explore at their own pace, stumbling across resources, fishing spots, and quests that progressed dynamically.  The developers have been clear that Warframe is a labor of love, and that they will continue to expand the universe in any way they can find to bring ever-greater content to the free game.

Digital Extremes have stated that this expansion is to be viewed as the foundation for Warframe’s future space-faring endeavors, a mechanic that has been attempted before with specific Warframe’s (known as Archwings) and unlocks geared towards flight through space.  That foray didn’t work as well as Digital Extreme’s had hoped, bringing a far greater grind to the game as players needed to unlock things for two Warframe’s instead of focusing on one.

Thus, Empyrean is the second attempt by Digital Extremes to get Warframe’s space-faring combat and objectives right, which is strange as the entirety of the game does revolve around space, and visiting other planets.  This update centers around a ship known as the Railjack, a ship that can be customized to your preference in many different ways.

First, you should understand before you begin to chase everything that the Railjack is built with cooperative play in mind; if you’re planning on lone-wolfing the content, you’ll find yourself frustrated when it’s time to take to the sky.  Various ship parts have been able to be chased down across the galaxy well-before the expansion dropped, so if you’ve already been on the hunt, you’re a solid step ahead of the competition.

Three primary components are needed prior to boarding the Railjack; engine, reactor, and arrays.  Beyond those three components, there are also three categories of ‘Avionics’ to install that offer various abilities or give passive buffs to the ship.

Note also that once your Railjack is ready for combat, you’ll have to repair it and resupply it for various missions; if you repair a hull breach, for example, that will take specific resources from the ship’s supply.  It would behoove players to ensure that their Railjack’s are ready for combat prior to engaging in missions with it, lest they find themselves as a floating target in the midst of space.

If you don’t have the heart (or patience) to put your own Railjack together, you can also search for crews to join across Warframe, becoming a member of their Railjack’s crew as long as you have an Archwing.  Alternatively, owners of a Railjack can hire crewmembers to help with the various missions they will find themselves in.

Thus far, the expansion has been met with open arms by fans of Warframe; there is a bit of a grind to get everything together (as players would expect), but the payoff is very well worth it thus far.