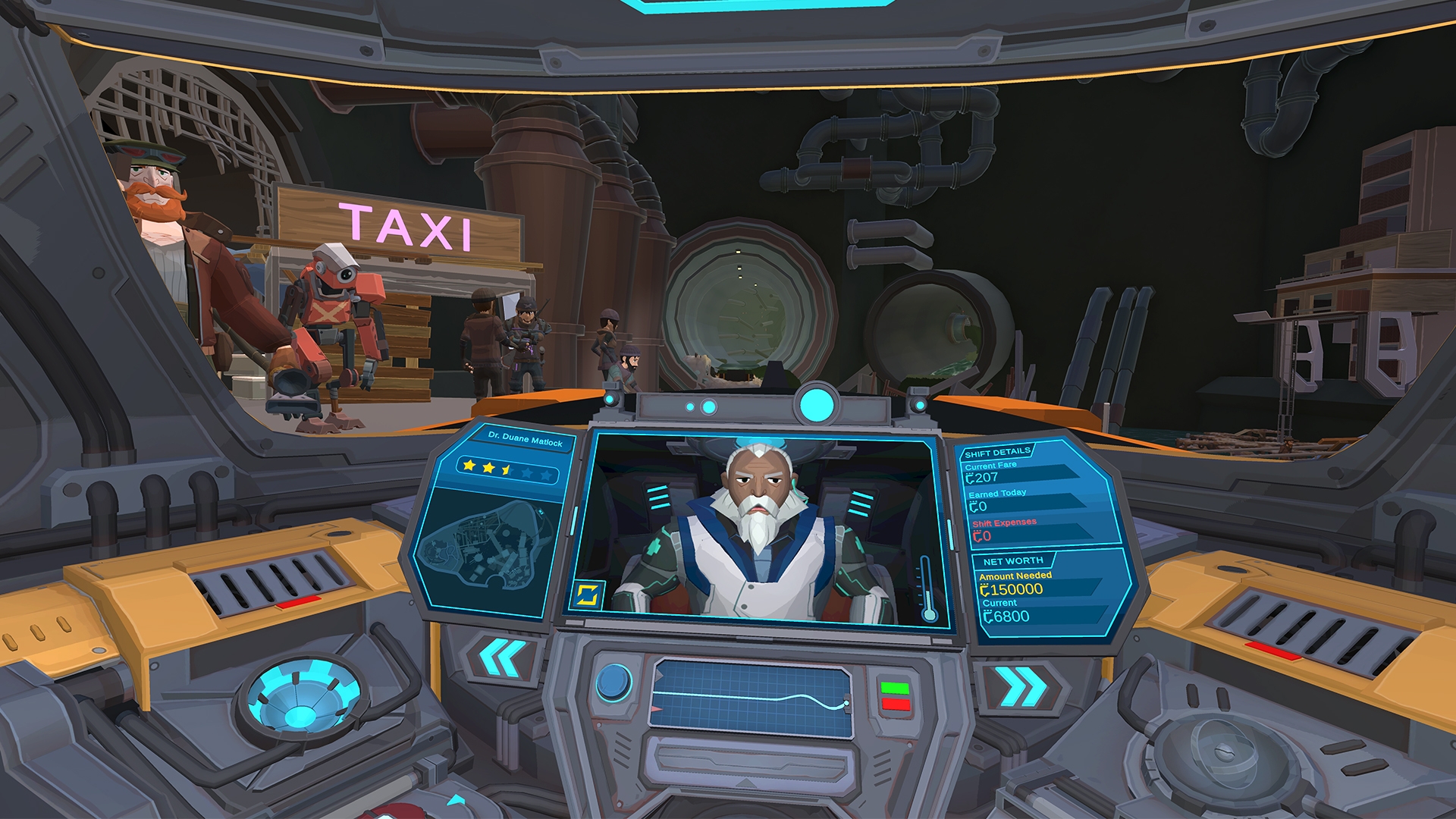 Publisher and developer ZenFri Inc. has unveiled its newest title The Last Taxi. The title is a narrative VR game that puts players in the seat of a taxi driver.

The Last Taxi takes place in the future where automation has almost taken over. Players take on the role of the last human taxi driver. The driver’s job is always at risk due to surveillance, automation, and human modification.

When an unexpected passenger is left in the driver’s care, the journey leads to a plot bigger than one could imagine. A conspiracy has been in place for years that will leave a major impact on the city of Progress Point.

The game is the developer’s view of the world if society doesn’t change its ways. This includes climate change, social unrest, the concentration of wealth, and more. Players can make various decisions that will either improve the world of The Last Taxi or make it crumble.

The Last Taxi has several important decisions to make. It’s up to the player to decide what to do since no character is good or bad. One of the stories is related to if a robot should marry her human owner. The player can either urge her not to or support their decision. All of the decisions tell a deeper tail of robot and human relations that people in real life may one day have to face.

There are over 75 passenger conversations to enjoy. If the player meets any criminals along the way, they can either report them or help them escape.

Driving a taxi also has an important role. Players can upgrade their vehicles with various tools to either aid criminals or increase passenger comfort. The happier patrons are, the higher they are willing to pay. Higher payments lead to more advanced taxi upgrades.

The Last Taxi is estimated to have around 8 hours of gameplay and over 20 unique endings that depend on the player’s decisions.

Corey King, co-founder of ZenFri, commented about the upcoming game:

With The Last Taxi, we wanted to explore viewpoints and stories set within an expansive world marred by inequality. It made a lot of sense to frame it around a taxi driver because each passenger can tell their own mini-story directly to the player – just like in real life. In today’s climate of division and existential threats, we’re making a game that puts conversation at the core and leaves the choices firmly in the player’s hands.

The Last Taxi will launch on all major VR platforms, but the pricing is yet to be announced. They include the Oculus Rift, Oculus Quest (Oculus Link required), HTC Vive, Valve Index, and other Windows Mixed Reality headsets.