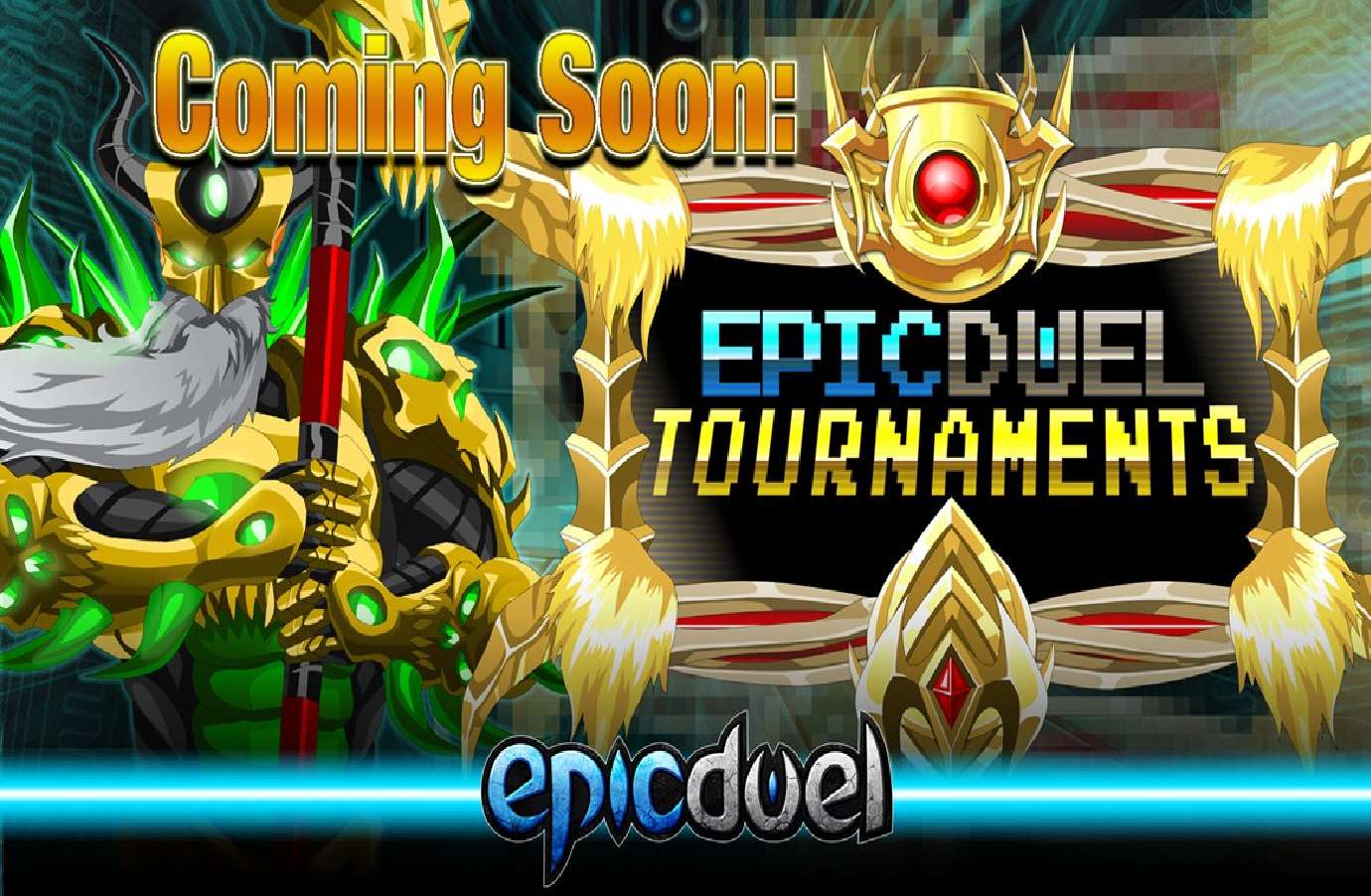 Epic Duel is bringing back a one time feature of the game, the Tournament. And with how long this feature has been gone, it may as well be new for many players.

The developers Titan and Nightwraith have teamed up once again to develop the new feature that is the Tournaments. Players who have been playing since around 2012-2013 may remember the Golden Yeti Tournament, in which players who preordered the Omega Packages got a ticket to participate in a tournament. Over a period of 2 weeks, ticket owners accumulated points for 1v1, 2v2, and Juggernaut victories, and the competitors with the most points would earn achievements and prizes based on placement. In this case, the top 100 players would earn an achievement to indicate their placement and the coveted Golden Yeti bot, one of the rarest items in-game.

According to Nightwraith, this system was cool and exciting, but unfortunately, it wasn’t built in a way that would allow expansion or repurposing for future events and was removed entirely from the engine sometime after the event concluded. The new tournament system is being built fresh, with some inspiration from the original event.

With the new system, tournaments can be scheduled in advance with a set time. Each placement tier, Platinum, Gold, Silver, and Bronze, can receive different prizes. Tournament tickets can be included with promotional packages acquired in-game or both. When the time period to enlist in the tournament draws closer, it will be announced to offer a chance to participate to as many people as possible.

The feature is still under construction, but it’s coming together very quickly.

And as with every update to Epic Duel, they’ve added some new Legendary Items. Some beautiful new Legendary weapons have been added to the shops on Titan’s Peak in Frysteland.

These include items in the Legendary Arsenal umbrella, including the Fleshreaver P and the         Fleshreaver E.

Nightwraith also mentions the current total war score for their currently ongoing event is still glitched and setting a longer war duration that would be exciting. This total score was dropped on both sides by 600,000 to put the war in a more reasonable range. They’ve also slightly increased the War Drop base rate to 39% from 35%. They’ve also slightly reduced the Juggernaut War Drop multiplier to incentivize other battle types.

Epic Duel is definitely preparing for something big. So log in and prepare for the upcoming Tournaments.

Mar 2, 2020 Sean L. Akins 5310
With March here, AdventureQuest Worlds releases a unique set for players to purchase. And this year, it's based on Dage's Art. In AdventureQuest...