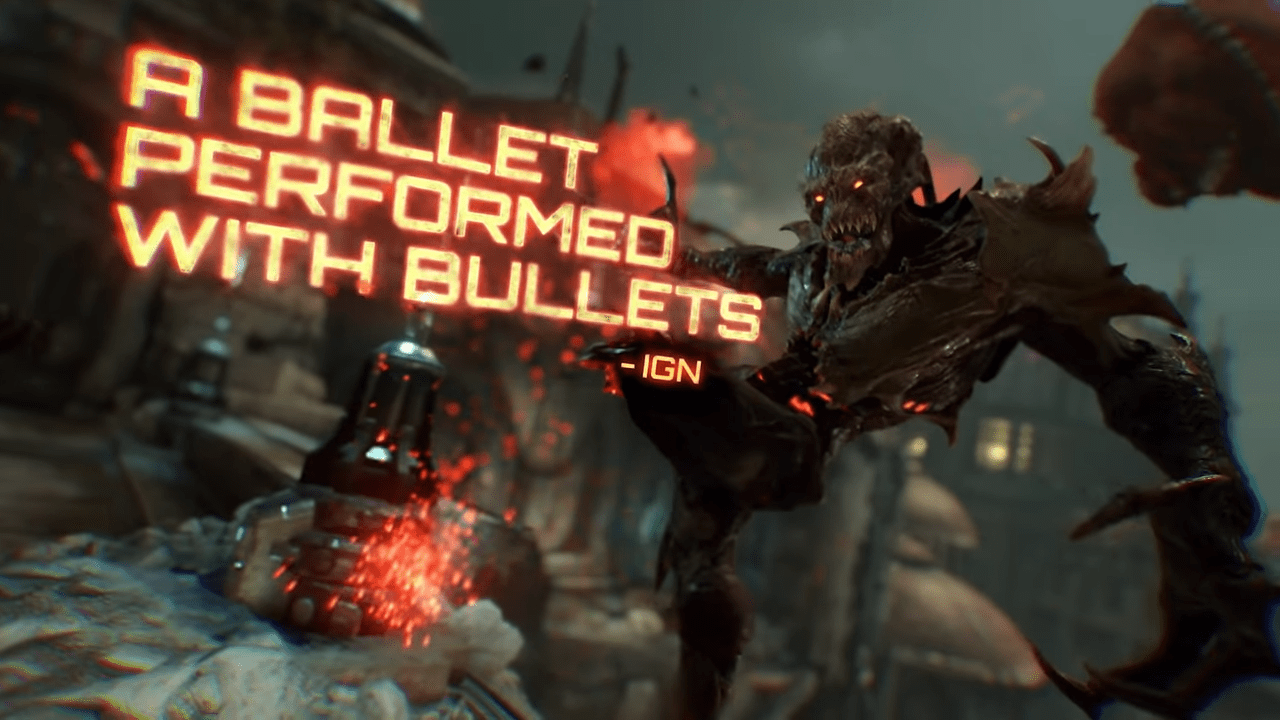 Looks like the Marine is coming a bit early as we all hide inside, and he’s ready to curb-stomp some demons of hell a full day before the scheduled release of DOOM Eternal on March 20.  Fans of the insatiable slayer can head to GameStop today to pick up their copy of DOOM Eternal in a planned move by the gaming storefront to mitigate massive crowds aggregating at the stores on Friday.

It’s a wise decision that must have taken some panache and negotiations with Bethesda and id Software, the publisher and developer respectively of the upcoming hardcore first-person shooter.  Frankly, it’s also a decision that allows everyone to win simultaneously.  Fans can start slaying a whole day earlier than planned and rest tomorrow with Animal Crossing: New Horizons.

To ensure we adhere to CDC-recommended social distancing guidelines, we will be selling DOOM Eternal a day early on Thursday, 3/19 as a safety precaution for our customers and associates. Animal Crossing will release on Friday 3/20 to further help separate the crowds.

The two titles that have recently been sharing a fandom, with art published of Isabelle and the Marine spending time together, have seemingly all perished as fans are now calling this a ‘messy divorce’ between the two juggernaut titles.  It’s all humor and in good fun as both titles are sure to occupy the vast majority of time for many gamers over the next couple of months, but the memes have, per usual, been fantastic.

It’s unknown why DOOM Eternal was picked to release a day prior to Animal Crossing: New Horizons, although it’s likely due to developer negotiations that must have been ongoing for the staggering of the two releases.

All attempts at humor aside from the community, it’s a smart move; DOOM Eternal and Animal Crossing: New Horizons are both two of the most hyped titles being released for 2020 so far, and the crowds that the simultaneous release is sure to invoke would be a breeding ground of virus and bacteria.  Separating the two crowds, while many have likely preordered both titles, ensures that risk to the public and health care is lessened, however inconsequential it may ultimately be.

This does not impact the release date of Animal Crossing in any way, beyond Game Stop already announcing that neither title will receive a midnight release.  Claims that Animal Crossing is thus delayed are false.

Some are actively considering canceling their digital preorder to ensure that they can play the title as early as possible, in a move that will likely affect digital purchases in a relatively minor way; the only change would be what retailer receives a portion of the sale.  GameStop employees seem to be the only userbase that is arguably left to flap in the wind; they’ll be there both days, interacting with everyone and passing money around in a virus-laden environment.  That GameStop is remaining open at all seems to speak volumes about their care of employees.